Ada Nnaji: Suffering Should not Become the Norm 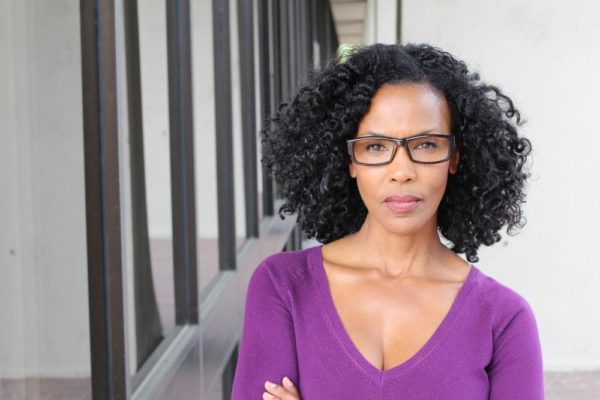 One of the best things I love and cherish most about African movies, is that they really show us what really happens in life. In this movie, a lady was raped as a child and she reported this to an adult who asked her to keep quiet about it. Fast forward to a few years later, this lady decides to tell everyone what had happened to her, and the adult she had reported to previously said “what happened to women keeping silent about things that happen to them”.

Although this was just a movie, I bet a lot of people will agree with me that this happens in real life. Many of us know or have heard stories about women who stay in abusive relationships, because leaving you partner or telling the world about what happens in your relationship makes it seem like you have done something terrible. I really don’t understand why this happens, but it seems like we tend to take pride in how we suffer to go through things in life.

I remember having a conversation with some of my friends about our various high school (secondary school) experiences. Some people talked about how seniors treated junior students in school. How they would punish and mistreat you for no reason at all. For example, a senior will punish you if you have the same name as they do. First, it is not your fault you happen to bear the same name as someone else, but for some reason you should be punished for that.

Another instance that happened is a senior taking your food or belongings from you for no reason, all because they have the power to.

While we all shared our stories, one common theme was how much pride we felt that we had gone through all those things and survived. We took pride in the fact that those experiences made us stronger for the future. While immersing ourselves in these thoughts, another friend in the group challenged us to think critically about what we were saying. This person told us it is not ok to go through things like that, and be happy that it happened to us. That how can our fellow human beings treat us in such mean ways. We all stopped and pondered on what this individual was saying, and realized it was true. These things happened to us at the early stages of our lives, some of us as young as 8 years old and the abusers as young as 12 years old. Imagine how at a tender age, young people treat each other in that manner, then 25 years later we begin to wonder what is wrong with the way people behave. Analyzing why this behavior occurs at a tender age, I came up with a vicious cycle of suffering. These kids must have learnt this behaviour from someone, it might have been an adult in the family, or people they interact with, but my main point here is that, when they learn and practice this, it becomes a part of their lives and they transfer it to the next generation and the same thing repeats itself.

Think about how the above affects our society. Look at police brutality, government officials or any other person that makes you suffer unnecessarily to get what you have earned. I truly believe the above paragraph is an example of how these things foster in our society.

Someone once told me a story about their salary. This person was an employee, and each time they got paid and go to collect their hard-earned salary, the person in charge will ask them for a bribe before they are able to collect it, and if you refuse to pay, then no salary for you.
In this situation if you refuse to pay, others will view you as someone who does not want to follow due process and feel so empowered to tell you that you should.

Another instance is how we are so happy about our living conditions. There was this time when there was power outage in a school in the U.S, some of the kids who originally reside in the U.S, were really scared and panicking. Some of them had to call their parents to come pick them up. The students who are from African countries, and were already used to power outage, were making fun of them saying, “only if they have been to my country”. Can’t we see that they have all been so prone to suffering and things not going in their natural order? Why should we be shouting up and down like people they just bought new toys for when PHCN gives us light for two days straight?
Why should we be celebrating that water pump ran for the first time in 3 months? Why should we be celebrating that the police man did not ask us to give them money when we clearly did not do anything wrong? Why should we celebrate that the government decided to pay salary that they have owed us for 4 months? Why should we celebrate that a woman stays through an abusive relationship?

All these things make suffering and pain become a norm or the order of the day in our society. Why can’t PHCN give us light 24/7? Why can’t we just have a normal process for things to occur. We are all guilty of these things.

As a society, we have a lot of work to do in terms of change. I love this proverb “A broom stick will hardly get the job done, but put different sticks together to make a bundle and you can get the job not only well done, but in an ample amount of time. It is on us to make our future better for us, to be very intentional about the things we do and the way we treat people. We should stop this mentality of pride in suffering because it is detrimental to the growth of our society. Be humane to others, love one another and respect each other give to them what is duel theirs. Biko, my brothers and sisters we will not come and die, just because we are Africans does not mean we should become suffer head.

Of Marital Rape, STDs and Infidelity: See this Twitter Thread

Being Cheap is Not Necessarily a Bad Thing

Ada Nnaji is a graduate of Economics, Marketing and Business Analytics from Xavier University. She loves to write in her spare time, and her writings are inspired by her daily life and encounters. You can visit her blog adaolisablog.wordpress.com