Akpo Uyeh: Is it Impossible for Parents to Love their Kids Equally? 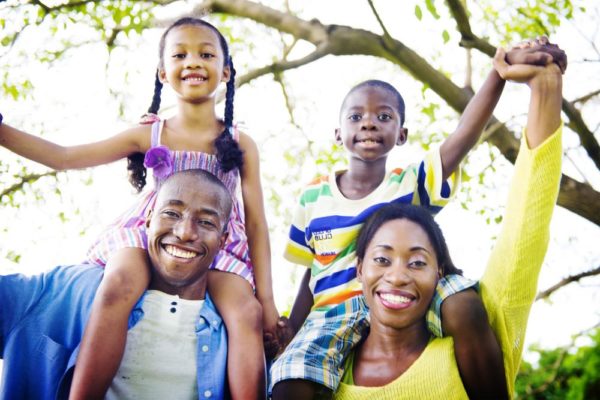 Do parents actually show favoritism to a particular child? Psychologists claim that parents show favouritism… particularly if the child has special needs, or to new born babies or children of the same gender. According to them, disfavoured children suffer more depression, show greater aggressiveness, have low self-esteem and are poor academically.

Well, child favouritism can be traced to Biblical days. Recalling the story of Jacob and Esau: Jacob was more loved than his brother, Esau by his mother. It cost Esau’s birthright.
Another example is that of Joseph, who was also more loved than all his brothers by his father. This made his brothers envious of him and sold him to slavery. Thankfully, the story ended well because it all turned out for Joseph’s good.

During a lunch break at the workplace, a colleague was complaining of one of her children whom she said was a pain in the neck. She said that she preferred her other child, because of his behaviour. So I asked whether it is impossible for parents to not have favourites?

The responses got me thinking.

A colleague had said that it is impossible to love all one’s children equally. She used herself as an example. She had six girls and was seriously praying to have a boy and thankfully, the seventh was a boy. According to her, she treats her only and last born son especially as a king, and this kind of agitates his sisters – who feel like they are not as precious as the boy. Would we blame her? In some cultures, a woman is not considered to have had children unless has a male child.

Another colleague seconded the motion and chipped in that out of his two children who are twins, he also prefers the younger one, because she was more outspoken, funny, and a problem solver. He gave instances of when he had issues with his mobile phone and the younger one was quick to proffer solutions. He also added that the younger one had taught him about social media and how to upload apps on her phone. It was not like he did not love the elder one, it was just that he naturally bonded with the younger one more.

Personally, I think showing favouritism  starts when parents start making a comparison between the siblings. Take, for example, a mother complaining about one of her daughters (that she is careless and lacks good judgement) to another daughter whom she considers careful and prudent. If the scolding becomes constant, the daughter who is at the receiving end might start to feel she less loved and unable live up to her mother’s expectation. She might secretly harbour hate for the other sister, who appears to be perfect and wanted.

I had grown thinking that I was the least loved. Don’t get me wrong, it is not liked my parents didn’t love me, but I just thought they loved my siblings more. So when the colleague at work, who had twin boys, said he loved one twin than the other, I was surprised. He replied that it is impossible for a parent to love their children equally.
According to him, one twin was more creative, jovial and intelligent but the other appeared laid-back and less creative. He also revealed that child favouritism could also be influenced by the birth experiences/circumstances surrounding that child.

After Sunday service somewhere around the children’s church, Gertrude, a teenager, got my attention. She was moping by the corner and I was compelled to ask her what went wrong. According to her, she has been having issues with her mom lately. So what happened exactly? That was my first impulse. She said that she is not just good enough and she was doubting if she would be able to live up to her mother’s expectation. I had to probe further by asking her why she thought so. Gertrude has concluded that her mother preferred her elder sister to herself. She felt it was because her elder sister was prettier, more intelligent and carbon-copy of her mum in terms of looks and character.

Knowing that I had travelled that road before, I told her that I could relate to her story. In fact, I told her that at some point in my life I had felt that way before. Instantly, her face lit up. So I went further telling her how I was able to control the situations by getting rid of negative emotions such as hate, envy, low self-esteem and sibling rivalry.

The best way, I think, to get over such was to see the ‘alleged favouritism and comparison’ as a motivating factor to be better than one is.

I also added that most times one might see oneself as the least loved, but truth is: parental love cannot be substituted with an outsider.

Another approach would be to engage her mother or father in dialogue where she can state instances where they showed favouritism and appeared unfair to her so that they become fully aware and do the needful.Bear in mind that everyone is unique – even identical twins – so people tend to relate to each person differently. This would ease the negative emotions steaming from favouritism. That being said, parents should also strive to not appear like they favour a particular child over the other… no matter what.

Rene Digital Hub: Improve Customer Experience For the Purpose of Building Your Business