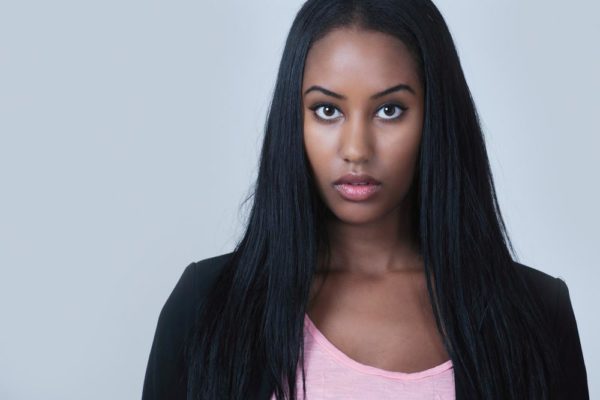 Are you terrified at the thought of having to engage a person in conversation? Speaking publicly? Or even picking up a telephone call in the presence of persons you may or may not be familiar with? Where your answer is yes, it is indisputably obvious that you suffer from shyness. It may, however, be indicative of a deeper issue, one whose diagnosis, many go their whole lives being unaware of.

Social Anxiety Disorder, which is aptly described with the acronym SAD, goes beyond mere shyness, or an unwillingness to participate in groups or social gatherings.

It is a debilitating feeling of inadequacy and unfair evaluation by others, which may pose a crippling and longlasting effect on the life of its sufferer. In distinguishing it from its lesser counterpart- shyness, persons suffering from SAD are known to anticipate and over analyse expectant social situations weeks prior to the said event. When placed in context can amount to analysing every single bodily movement, utterance, eye contact and likely observations to be made in a social gathering.

While this may be seen as merely choosing to make the right impression or being efficient, the ugliness of the disease is made apparent where the anticipated social interaction or any interaction thereafter is avoided, simply for fear of being ridiculed.

Causes
Pinning an exact cause of the disorder may prove to be difficult with persons experiencing distinct situations. There is, however, a higher risk of experiencing SAD where children are subjected to cruel and demeaning experiences growing up. It could also arise where a people’s genetic makeup exposes them to a higher risk of developing anxiety disorders.
The brain has a Seratonin imbalance or an overactive Amygdala – the chemical in the brain in control of moods and the structure of the brain in control of fear and anxiety respectively.

However, a person subjected to any of the following has a higher chance of developing Social Anxiety Disorder:
• Adverse experiences: as seen where a child is subjected to bullying, humiliation, abuse or where a child experiences family conflict or being raised by overly protective parents.
• Family trait: a child may model his anxiety after that of his parents, siblings or another family member who also suffers from the condition.
• Disposition: children who are timid or shy are at a higher risk of developing the ailment as time progresses.
• Challenging work demands: where a person is required to give presentations for the first time or is ladened with high expectations for his input at work, he may begin to display symptoms of Social Anxiety Disorder.
• Physical deformities or conditions that garner attention: facial disfigurement arising from acid attacks, accidents etc or conditions that elicit attention, such as a hunchback, walking with a gait, stuttering may lead its sufferer to lead a reclusive life, fearful of social interactions and mockery.

Symptoms
Behavioural
• For children, there is an inordinate fear of being embarrassed in the presence of their peers, without necessarily paying the same mind to adults.
• In adults, there is a grave fear of being criticised or teased.
• A fear that their anxiety at being in the social situation will be pointed out.
• Excessive worry about embarrassment or disgrace.
• Avoiding situations in which they may be the centre of attention.
• An intense fear of interacting or being left alone with strangers.
• Panic attacks.

The implications of these symptoms may be so far-reaching, that the sufferer may choose to avoid social interactions entirely or may be so despondent at social gatherings, their well-intentioned attempts at socialising are defeated. It could also lead to low self-esteem and in extreme cases, suicide.

Diagnosis and Treatment
The diagnosis of Social Anxiety Disorder is to be made by a medical practitioner who may examine the symptoms exhibited, together with behavioural patterns to determine if an individual suffers from social phobia.

Children as young as 13 may be diagnosed with Social Anxiety Disorder. Its prevalence is equal in men and women, with as many as 36% of the American people suffering from SAD going undiagnosed for up to 10 years before seeking help.

In Nigeria, there is next to no information on this disorder, despite its hold as one of the most common anxiety disorders, a position which can be remedied by an increased awareness on mental health.

To treat the disorder, the following measures may be adopted:
• Cognitive Behavioural Therapy: in which negative thought patterns are managed by examining behaviours and thought processes.
• Self-help: by listening to recordings that are calming and educative on combating anxiety. Using breathing techniques to manage anxiety are also advisable.
• Medicine: taking prescribed medication to remedy anxiety such as antidepressants and Benzodiapines can prove to be invaluable in managing anxiety.

While Social Anxiety Disorder may be an imposing and all-consuming ailment, it need not translate into a life sentence of anxiety and social avoidance, as it is treatable and manageable provided the right diagnosis and treatment are given.

The Nigerian American: You need to listen to eLDee’s New Podcast series

I'm Elizabeth Plumptre,  a health and wellness enthusiast, with an uncanny love for murder-mystery books. I specialise in daydreaming and when I'm not doing that, I'm creating marketing content for companies in need. Find out more about me and my work by visiting http://bethplumptre.com