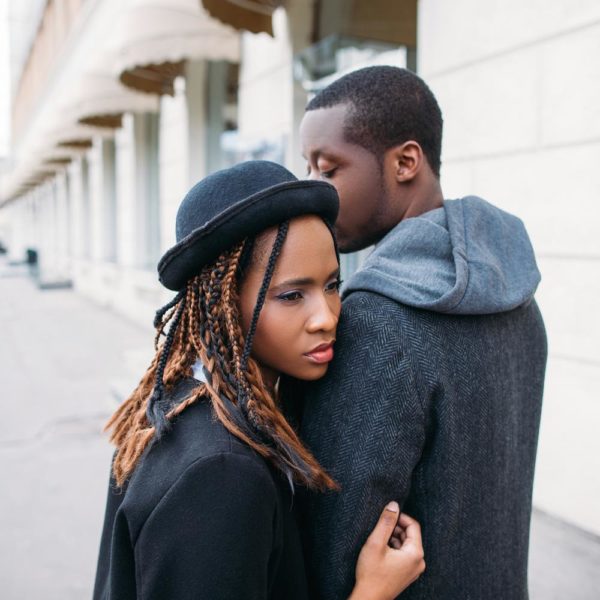 I saw it again. Another one; another heartbreak! Another mystery! Another question lurking in my mind! Another family disunited! Another relationship goal turned off side….Another divorce!

Stumbling upon a divorce news isn’t a new thing anymore. Everyday there’s an update about the falling apart of two people we once saw as one, and loved their togetherness, hit us in the heart like the combination of a tornado and a volcano. The heartbreaking news leaves us weak.

So I’m here putting these letters and words together and wondering why this happens all the time. Why does love once held high get smashed on the floor and shatter into tiny ugly pieces? Why does something that is meant to spread the aura of commitment ooze with the stench of abandonment? Why do vows that were once scribbles of a wanting and yearning heart suddenly taste like juice from the greenest bile?

So many times I’ve asked so many whys and allowed myself sink in the puzzle of the intricacies of marriage, something so strong yet so fragile. Why is divorce such a common thing at such uninterrupted succession? Why is the sacredness of marriage clad in filthy linen? Was it always this way, or has social media only made it more obvious to us? Or is there actually something about the modern times that doesn’t sit well with marriage?

During the times of our parents and their parents before, divorce rate wasn’t as high as it is now,  and one cannot but wonder if the evolution of marriage over the years has somehow contributed to the prevalence of divorce.

In the Stone Age, the concept of marriage was a way of organizing and controlling sexual conduct and providing a stable structure for child bearing and the tasks of daily life but that concept has taken different forms over time through the influence of different cultures and different eras.

Ever since the world existed, a lot of developments have occurred, and this is evident in the way people gain access and are exposed to information, way of life, methods of socialising, adaptation to culture and lots more.

Marriage in the 21st century is one of those sensations that has characterized the wonder of the world. Just as other things have experienced evolution and change over the years into sophistication in the 21st century, so also has marriage.

The concept of marriage which used to be an exclusive binding of a man and a woman together to become one and run their lives as one entity by going through the good, the bad and the ugly together has birthed different other concepts like “open marriage” . The literal contradiction in that term alone gives place for one to have confusing thoughts about what marriage is actually about.

In an era where there are so many other ideologies like the “baby mama” and “baby daddy” ideology where a man and a woman just copulate for the sake of having children and without any exclusive relationship agreement or commitment, or the “single mother” and “single father” ideology where a person can decide not to marry, so they adopt children they can call theirs.

Then there’s the “side chick” ideology – where a lady can live off a married man and have a life without caring what the society thinks about it. It is safe to say that the characteristics of marriage, as a concept for bringing man and woman together to enjoy companionship and raise children together, is gradually going into hibernation.

Despite the guiding principles for a successful marriage, it is clear that there’s no guarantee for a lasting marriage in the 21st century. Our idea of marriage is complicated, as a result of the ideologies attached to it.

There’s a new study according to Dr Rick Nauert that suggests that “the institution of marriage has also changed as a result of women’s educational attainment, earnings potential and involvement in the work force”.

Feminism has enriched women under the propagation of gender equality, which is the absence of obvious or hidden disparities among individuals based on gender, disparities that include discrimination in terms of opportunities, resources, services, benefits, DECISION-MAKING POWER and influence. But as the institution of marriage generally depicts that the man is the head of the home and is in charge of providing for the home and women should “submit” to them, feminism states that men and women are equal. And with the women folk equipped with this exposure, they are quick to pick out any red flag that trumps on their rights whenever they arise in marriage. This has created a discord between the “acceptable” idea of marriage and the freedom of women from the rather unequal and unfair expectations of marriage over them.

This begs the question that does the traditional idea of marriage enslave women? And now that women have “seen the light” under feminism, does it cause a strain on the tenacity of marriage? Or was marriage conceptualized to “enslave” women which makes it an unpleasant institution for women?

Is this the reason women are also now quick to initiate divorce – unlike in the older times when women were expected to accept and conform to every situation in marriage?

There is also the issue of the influence of social media on marriages. From the inception of a marriage journey which is the engagement drama most guys put their theatrical best into, to the pre wedding pictures, the colourful and fun hen party, the wedding pictures, the wedding gown, reception dress, bridal train, aso ebi, and all the colorful and fun shenanigans of weddings, intending couples are now more focused on these on-the-surface activities rather than focusing on whoever they’re taking the vows with to determine if they really want to be committed to the institution of marriage.

Many people run into marriages for the wrong reasons and eventually end it and adding to the statistics of “why did I get married?”

Tomorrow I’ll open the news and see another divorce story and keep analysing and wondering if the 21st century is a safe era for marriage and I’ll hope that someday marriage won’t evolve into something worse.

#BNShareYourHustle: Atley The Honeymooner is the Luxury Getaway Coordinator that you Need to Know

Before You Run Abroad in Search of Rainbows…