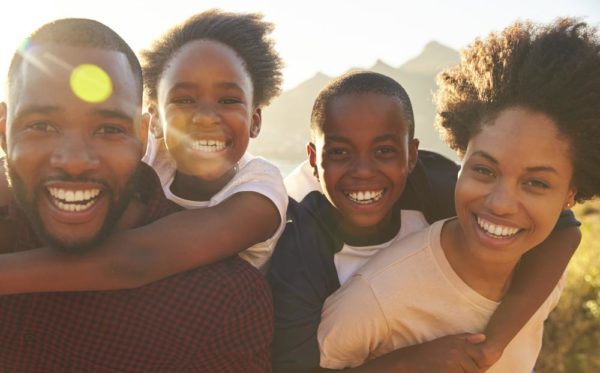 This is a topic that is very dear to my heart. Not because I was adopted or know someone who was. But because I believe this is a seriously underdeveloped area in the country and I hope to use this and more media to explore adoption and create so much awareness, we make it a norm rather than an oddity in Nigeria.

This way, we open our minds to the immense possibilities and pressures that would be lifted off the shoulders of Nigerians and society.

While some people, may be quick to say that mum had taken the extra-terrestrial way out rather than offer some commonsensical advice or questions, mum loved(s) me and that advice was the best and most lovable thing she knew to have said at the time.

My reason for not wanting to get married was because there was so much I wanted to do in life and I felt I would not be able to commit fully to the responsibilities that would be expected of me as a wife and eventually, God willing, a mother.

I didn’t want a family that would have an absentee mother or to have her miss out on important family events, because I wanted to help people. I know this because this is what I am called to do. To help. But what sort of help would I be if I could not help the very people who God had chosen to bless me with intimately? The one with whom I gave life and the ones we gave life? There is after all a reason for the saying that charity begins at home.
Reading this, you might think my reason(s) seem quite altruistic, self-sacrificing and good intentioned. You may even commend me for knowing what I wanted in life from a very young age. But I’ve been forced to face some hard truths in the last three years of my life and look much more closely at my seeming pacts of selflessness.

I won’t bore you with the details. But suffice to say that while my desire to adopt is still unshaken, I have had to be more painfully honest with my “no ring for me” whys in order to move on positively with my life and what I am called to do. It was hard. Still is, but I live freer.

I was opportune to attend the Ibidunni Ighodalo Foundation, Parent-in-Waiting Conference. No, I am not a parent, and while I am not exactly waiting, I read excitedly through the page and my heart skipped a bit when I saw something relating to adoption. I travelled down to Lagos to attend the event, and while you will forgive if voyeuristic desire to see and hear first-hand how the “other side lived”, the only reason I can give is that I just needed to know.

It’s the same reason I volunteer for Omotade Alalade’s Beibei Haven Foundation.
Most people who sat near me came as couples and my heart bled. I couldn’t begin to imagine the yearning and desires that fueled their nightmares.

The couple who sat beside me were in their early to mid-forties. I don’t know their names. I didn’t ask, but the devotion and love between them was so obvious, they even fell asleep within seconds of each other while waiting for the conference to start. But few things put love to test like a childless marriage.

There are more options than before for couples with infertility challenges, but I am more interested in adoption. While at the beginning it was a more of a means to satisfy any motherly yearning I may have in life, now, I see how some of God’s greatest gifts are unanswered prayers.

Here, may I honor anyone who has experienced pain and hurt in life and gone on to use it to heal and make miracles happen in the lives of others.

Think of Joyce Meyer, sexually abused by her father for fifteen years; Michelle McKinney Hammond, unmarried handmaid of God; Ibidunni Ighodalo, childless after many years of marriage; Nike Oyetunde, inspiring amputee. These women may have had their moments of “Why me, Lord? Why didn’t you stop the abuse, give me a husband, give me a child of my own, or heal me?”

The journeys break our bodies, destroy our minds and sometimes quench our spirits. We question ourselves, doubt ourselves and are consumed by what others would be/are saying about us. But we rise up, not because of it, but in spite of it and reach a helping hand out to our brothers and sisters mired in the same place of pain.

But who would help you if you were the only one who had gone or is going through a particular challenge in the whole world? No one!

In this series, I am going to be discussing the history of adoption in the world, using the United States of America, the United Kingdom, and the Animal Kingdom (Yes; that’s what I wrote) as case studies.

We will close the curtain with Nigeria and how we can improve and advance the adoption system here. The aim is to educate and explore beliefs, cultural narratives and laws about adoption.

I would also discuss how self-examination has made me arrive at a much healthier reason for considering adoption.
It is with the hope that you find healing within these pages and reorient purpose to a path you may have left unconsidered. I hope you join me.