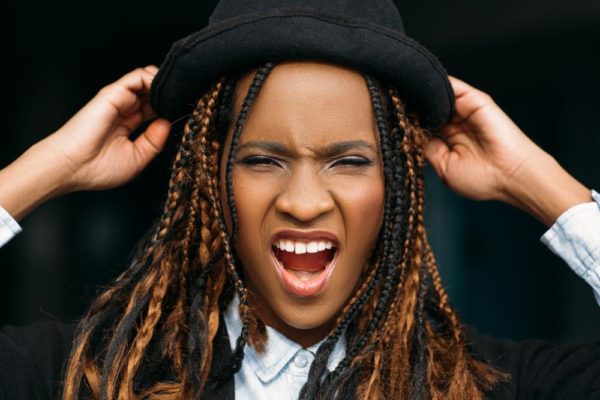 They thought we were like our mothers: they never saw us coming.

We are the expression of the suppressed aspects of our mothers – sexually, physically, mentally, emotionally, and spiritually.

Our mothers said, “Sufferhead is a virtue”. We are saying, “Life is too short for longsuffering”.

Our mothers romanticised, and maybe eroticised pain. They placed a lid over rage. They fermented pain and rage thinking they were hiding them.

Unlike our mothers, we have taken off the lid, and we are pouring that anger which stems from us being tagged as “Second-Class Citizen” by virtue of having a body part we did not choose.

Our mothers were quiet, thereby normalising injustice. We have decide to speak up, to react to the pre-existing, albeit ignored, injustice, and we are branded “angry”, “bitter”, and “man-hating”.

How do you react when your neighbour places his/her generator, which emits toxic fumes, at your window? Do you keep quiet, and shut your window? Doing that would mean you would not have ventilation. Alternatively, would you go and knock on his/her door to ask that they move the generator to another part of the compound? What if they refuse after asking politely? Do you smile with them while asking them not to use their privilege of owning a generator to disturb your right to breathe free air? Let us be honest. A fight might ensue if they keep arguing with you.

This applies to feminism. The flame of feminism was born when a group of people decided and demanded to be treated as humans. Social media keeps fanning that flame to make it burn brighter, stronger.

Is it not shocfusing when the other group of people think this demand is an act of hate? As I always say, “When you call out a person on his/her privilege, he/she is bound to misconstrue it as hate.” It is just like when we were younger: we thought it was an act of hate when an older person corrected us.

From the moment she is born, a woman is plagued with the belief of her inadequacy. Different mechanisms send these messages to her. Before long, she internalises these messages. One of the strongest of them is that her existence was destined to be a soothing salve to a man’s frail ego. She learns how to be self-effacing. She was born to shine brightly as the sun, but these messages make her become the moon – she needs a man’s light to shine. When she behaves like a human, she is said to be like a man. Because a man has been groomed to see her as inferior, whenever she aspires to the things he aspires to, he sees her as a threat. The moment she decides not to be that calming balm to his ego, he is intimidated whenever she breathes. Such is the existence of a woman. This is her life based on a factor she did not choose. She did not choose her sex organ. She reacts to this injustice and society says she is angry. Yes, she is angry.

Why should we not be angry?

Call us bitter. Call us angry. Call us man-hating. That will not shame us into silence anymore. Now that society cannot shame us with those pejoratives, now that we have claimed shame, what can it shame us with?

P.S. Society stirs your blood through malevolent misogyny – the kind of misogyny that tramples on your rights, the kind of misogyny that made your father say “You are a girl: you are vulnerable”. Society irks you, yet it wants to dictate to you how to live through the anger bubbling in your soul. No one should dictate to anyone how to navigate around anger. Patriarchy doles out misogyny in elephantine proportions. Misogyny is the prejudice against women. Who so loves in the face of hate? Is that not absurd?

The Unvarnished With ‘Bimbola Adeluwoye: To Be or Not to Be?

Elizabeth Peters: What It’s Really Like Being a Medical Student in Nigeria