Love without Boundaries with Bukola Ayinde: Strength For Adversity 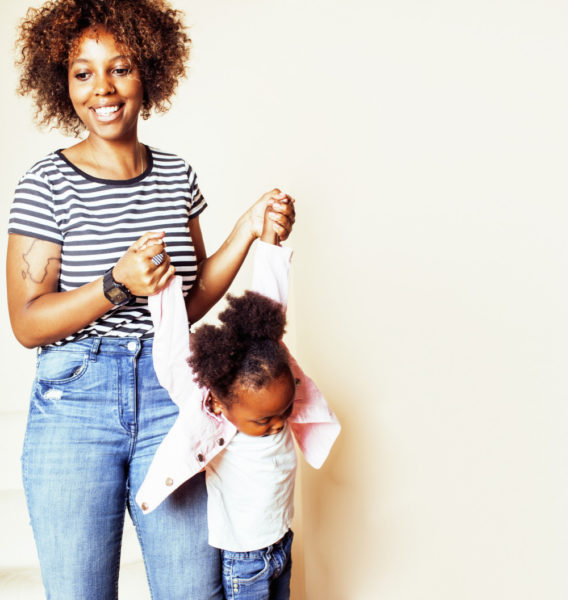 My name is Bukola Ayinde and I have a little daughter who has cerebral palsy. Four months after I had her, I noticed she could not lift up her head. Usually babies are able to do this at about four months. I was not concerned because she was my first child (I didn’t know much about babies or their development milestones) so I didn’t know there was anything wrong with her. I took her to the hospital for a routine check and one of the nurses called me aside and said, ‘She should be able to lift her head up by now. Something is wrong. I advise that you mention it to the doctor when you see him today.’ When I saw the doctor, he told me that my baby was delivered as a premature, so I should be patient as it takes a while for premature babies to catch up with their peers.

I went home with my baby, Oluwalonimi, (fondly called Nimmy) hoping and praying that all will be well. I was already a registered member of an online group called Babycenter. I read the posts on baby milestones and head control. The more I read, the more I got worried, but I chose to deny what I saw.

Some months later, I visited my husband’s aunty and she insisted I go back to the doctor and demand that tests should be conducted to determine if all was well.

Finally, at eight months, four months after my initial complaint, the doctor ran a series of tests on Nimmy’s blood, urine and faeces.

She went to the ophthalmologist and audiologist where her eyes and ears were checked. An MRI (Magnetic Resonance Imaging) was carried out to provide a detailed image of her brain and other body tissues.

I was tearful, worried, scared and emotionally drained as she went through the tests. I remember when I went to the military hospital in Yaba to have her ears checked. I went with my mum and a nanny, as my husband had to go to the office. While we were waiting for Nimmy’s turn to see the doctor, a little boy whose mother sat beside me just finished his test. Suddenly, he went into a fit, screaming, convulsing and crying at the same time. His mother was scared and so was I. I asked her what was going on and she said she didn’t understand. The audiologists were walking to and fro and no one paid attention to the boy or his mother.

I advised her to walk up to one of them and ask for help. She walked up to a young man who had attended to her at the beginning of the procedure and he nonchalantly told her that the boy would snap out of it soon. He said some children react to the anaesthetic drug given to them during the medical investigation. His voice was so cold and emotionless that I was shocked. This lackadaisical attitude is unfortunately, quite common in government hospitals.

When it was Nimmy’s turn to see the doctor, I asked many questions and the anaesthetic doctor looked at me in disdain with an expression that said, ‘I know your type,’ but his attitude didn’t bother me one bit.

One of the doctors shaved part of her hair and attached wires from a computer to her scalp and ears while she slept. It was such a scary moment. I kept praying that all will be well. As soon as the audiologist had finished examining her and all the wires were removed from her body, I was told to carry her from the examination table. Nimmy was still sleeping.

As soon as I sat down on a chair in the waiting room, a woman rushed in, her son in her arms. The doctor had examined him earlier and she had left the building while Nimmy was undergoing her procedure. The boy was jerking. This mum explained that he was asleep in the car but as soon as he woke up, he started jerking.

When it was time to leave, Nimmy, my mum, the nanny and I got into the car. Whenever my mum is scared, she gets angry. At that moment, she looked at me and started shouting, ‘Why did you bring Nimmy for this test? Who told you she cannot hear?’

I also got angry and shouted back, ‘Tell me, how could I have known that these things would happen? The doctor said I should take her for an audiology test.’ When we both realised that shouting wasn’t going to get us anywhere, we calmed down.

My mother looked at Nimmy and began to pray that nothing bad will happen to her. It was a horrible experience to watch the two little boys convulse. My daughter was still fast asleep in her car seat. My mum and I kept looking back to check if she had woken up. When we got home, she was still asleep and we became worried. I took her to the bathroom and gave her a warm bath. That was when she woke up and smiled at me. I was overwhelmed with joy. My mum looked at me, looked at Nimmy and said, ‘Bukola, no more test. God will help us take care of her.’

I was happy that Nimmy had already done the MRI scan before going for hearing test. I decided that I wasn’t going to put her through another awful experience again.

My husband and I waited for the test results. That waiting period was not an easy one. I kept praying, hoping and confessing that the events were part of a bad dream from which I would wake up and smile. Then Nimmy’s paediatrician called my husband and I for a meeting and told us the results.

The doctor said all the results did not show anything abnormal. I was full of gratitude to God but I looked at the doctor’s unsmiling face, and I knew I had not heard it all. He went on to say the words that left me devastated.
‘Notwithstanding, from our physical examination and her medical history, we are still going to classify her as having delayed milestones. We are going to start therapy for her as one who has cerebral palsy. We recommend she see a physiotherapist immediately and let’s see where we go from there.’

Most mothers have dreams of what they want their children to become in life, and I was no exception. When the doctor told me about my daughter’s health challenge and said there was no cure, my world came crashing.

I remember watching the Disney Junior channel and I saw children jumping up and down a trampoline and I cried. I cried for Nimmy; I cried for myself. I felt she would never be able to take part in such activities. I imagined my Nimmy would miss out of a fulfilled childhood.

During this period, I went through different stages in my approach to handling the situation.

Stage one was the denial stage. I rejected the diagnosis. I told myself it was not my portion. I refused to seek for help as if by doing this, I would wish the diagnosis away.

Stage two was the desperation stage. When I was faced with the reality of the situation, I took my child from one church to the other, looking for a solution to the problem. When the expected solution did not come, I went into another stage: the depression mode.

I became depressed and asked many questions. Why me? Why is this happening to me? What have I done that God cannot forgive?

Some mothers stay at each of these stages for years, while their special needs children require specialised care.

As a mother, if you receive such a diagnosis, it’s okay to cry. It’s okay to mourn the loss of the type of child you wanted and didn’t get. It’s not a sign of weakness or unbelief. King David in the Bible and his men wept until they had no strength left to weep. These were men of valour; they had fought many battles and won. Yet when they heard that their wives and children were taken captive, they wept. The Bible records that David’s men were bitter in the spirit and they wanted to stone David who was their leader. However, David encouraged himself in the Lord and if you read the story further, David and his men went after the captors and they recovered all.

Dear Special Needs Mum,
It is important to arise and find help for your child. Take action in spite of your fears and doubts, in spite of the questions you may never get answers to because there are decisions to be made and a child to be cared for. Remember, early intervention is important in managing any medical condition.

Kindness is a beautiful gift that blesses both the receiver and the giver. And guess what? It’s not expensive.

Note: Special Needs Mum in this context refers to a mother who has a child with special needs.