7 Ways You May Be Complicit In Nigeria's Overall Problems 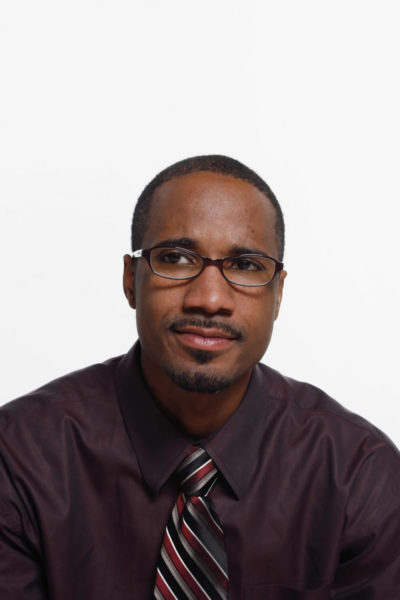 Nigeria is often referred to as the “Giant of Africa” and with good reason. Not only does the country own ample human and natural resources, it is Africa’s biggest economy and harbors Africa’s largest university educated population. Attached to the country’s glorious status, however, are numerous problems. The popular issues include corruption, poverty, and bad leadership.

Nigerians complain quite often about these problems, even saying that country is “worse than hell fire”. Being aware of a problem usually would imply that the problem is half solved already. However, it is not the same with Nigeria as quite a number of its citizens are guilty of complicity. They fail to see the role they have played and continue to play in creating and magnifying these problems, and worse, they refuse to address or act on the problem when they a blatant opportunity presents itself.

Here are some ways Nigerians are part of the problem we complain so often about.

The Crab Mentality
If you have ever worked in a seafood farm, or you are familiar with crab behavior, you may have noticed that when you put several crabs into a bucket, and one starts to crawl out, one or more of the other crabs will attempt to pull it back down to prevent its escape. That attitude is called Crab Mentality. And same can be applied to us Nigerians. Perhaps the attitude comes as an aftermath of colonialism when people went from blatantly abused to neglecting their own. People are power hungry and would rather drag down anyone who seems to be providing better solutions than they have than support them to flourish. It is sometimes difficult for Nigerians to unite and create strong networks that support each other.

Exploiting  privilege
In Nigeria, you find different sexes, ethnicities, religions, and people from different social and economic background. And the idea is that we are all meant to co-exist in unity and peace. However, some now believe that they are superior or there are advantages to being of a certain ethnicity, gender, or economic class. As a result, tribalism and nepotism remain on the rise. And while it is evident on a large scale, it builds up from us, the little things we do. You refuse to employ someone because they are female; you decide to poison your neighbour because he is Muslim, a risk to you and your family; you are the vice-chancellor and you don’t understand why an Igbo indigene should win the scholarship when the school is located in the West, so you take the name off the list.
You fail to realize that we are all essentially equal and achievement is solely merit-based. Even worse, you are unnecessarily mean and disrespectful to people you believe are of lower socio-economic status, modeling the way for your children to follow.

Not speaking up or taking actions
A number of Nigerian would rather hide their opinions and ‘mind their own business’ than actively engage in the fight for a better Nigeria. They witness several incidents that could easily be curbed by them speaking up, but they look the other way because they do not want the ‘stress’ of being involved. Some people even go as far as discrediting people’s experiences.

Even those who sometimes raise their voice to complain, eventually draw back when it is time to take action. Agreed, it may be hard to take action sometimes if you are working a full-time job and have kids, or have just dealt with a scarring break-up, but the country needs you to participate.

Stay open to the cues and see what you might have to offer the world.  You actually do not have to always start a riot or protest. If you think something needs to be changed, write a letter, start a petition, do more direct activism—whatever you can do can help.

You Refuse To Invest In the Country
You would rather travel abroad for treatment than trust a Nigerian hospital. You would rather register your business abroad or get a job abroad than start something in Nigeria. You would rather take vacations abroad than visit the different tourist centers around the country. You would rather shop online and have ASOS or IKEA deliver from the UK or USA than purchase locally produced goods and  support local businesses. Investing in the country does not even have to be in huge things, it could be simple in little things that you purchase: your toothpaste, the sausages, and chicken you eat, your clothes and shoes… Have you ever seen the ‘Made in Aba” label on your clothes or other items that you have purchased? This label means that the item was sourced, produced, or manufactured in Aba, a city in Nigeria, and by purchasing these items; you are in turn helping to stabilize our economy and to create sustainable jobs across Nigeria.

Disregarding government laws and regulations
Laws and regulations are promulgated to guide citizens’ behavior and allow a form of order in society. Nigerians complain about government officials breaking laws, rigging elections and committing other unlawful acts. These “unlawful” acts committed on a higher scale, usually start from the grassroots: everyday citizens. Most commonly violated is are traffic laws. You easily  take one-way when you can’t stand the traffic; you go to church and park by the road; when taking a bus, you insist on the bus driver stopping you at a spot that is not the designated bus stop, and if he refuses you jump down; you build a house for rent without including parking space for tenants or considering for persons living with disability.

You can’t be bothered with patriotism
One of the greatest problems Nigeria has is the lack of patriotism amongst the people. The idea of “one Nigeria” is almost a myth. We are all self-centered…it’s every man for himself. Yes, you probably put up a picture of the country’s flag on your social media every 1st of October, but that does not cut it. There is no real sense of belonging. When people talk about Nigeria, you say: “that is their problem” rather than “our”. You remove yourself from the equation and refuse to identify with it, because you are not Nigerian, you are your own country. Have you ever championed or taken part in any cause related to making Nigeria a better place? Why should you? What is in it for you? You fail to see the bigger picture because you are only interested in looking out for yourself, or best, your family or ethnic group.

Refusing to take part in Sanitation exercises
The sanitation exercise held around the city or in your jurisdiction is never for you. You just stay indoors until it is over, then you get on with your day. Weddings and concerts take precedence over a few hours of communual cleaning. You never come out to help clean and keep the environment clean. If anything, you litter when you can. You would rather throw out the Suya paper to the street than leave it in the car because you don’t want it to attract roaches. You refuse to pay your LAWMA charges and you leave the dirt bags to rot outside your gate and pollute the environment. You are not conscious about the environment, because you fail to realize how a clean environment could be relevant to the country’s overall image.

Giving and Taking bribe
You complain about corruption in Nigeria, but you are the first to give or take a bribe to speed up things or help you achieve something you greatly desire. Forget the policemen who stand on the roadside and frustrate innocent citizens or lecturers who terrorize students with their demands for large unmerited sums of money. You, the normal citizen, opt for taking or giving bribery every little chance you’ve got. The moment you are standing in a queue at the filling station, you cut the line and settle the salesgirl. You also will not issue a man’s license, even though he has completed every step required, until he passes you a little something.

You are in the position of power and there is nothing he can do. You fail to see how these little acts of bribery add up and foster corruption on a larger scale.

Nigeria’s problems might be numerous, but we can tackle it by taking an active step toward being the change that we desire. Complicity will take us nowhere. The little foxes, they are the ones that destroy the vineyard. If we can address these problems starting from our little corner, we might actually have a chance at being a better nation.

#BeInspired Mondays with IK: 4 Ways to Use Silence