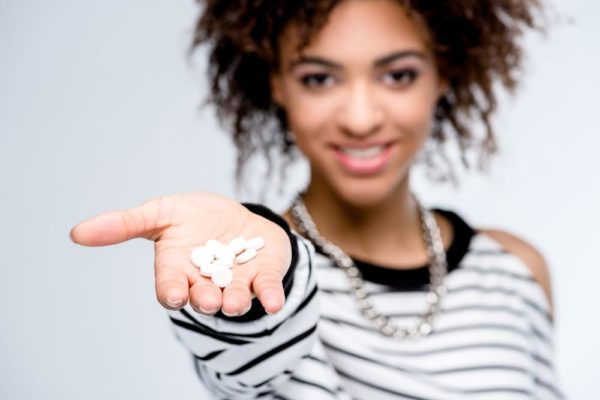 The subject of the rapidly growing menace of drugs among young adults came up during a recent conversation with a lecturer of a faith-based University. He gave examples of how students in faith-based tertiary institutions are increasingly becoming addicted to drugs despite the expected moral high grounds. He went on to talk about how numerous students are caught and expelled each year for drug use– I had a problem with that. My problem wasn’t what was said but the manner with which it was said; as if to say that immediate expulsion was a very effective means of tackling the problem. Even though he meant well, I begged to differ, citing the vicious cycle that exists in this situation.
I would be the first to admit that the menace of Drug Abuse in our society has taken a grave dimension. This epidemic has trickled down from Tertiary Institutions to Primary Institutions as the age of first-time illicit drug use is now below 12 years. The highest at-risk and most involved population are the youths.

Before I go ahead to talk about the vicious cycle, I would like to explain a few commonly misused terms;
Drug Abuse: This is the inappropriate use of legal substances (this could simply be taking larger doses of medications than were prescribed), or any use of illegal drugs. Not everyone that uses (or abuses) drugs/substances becomes addicted to them.

Drug Addiction: Repeated use of psychoactive substances alter the brain structure to induce changes in the brain function that may have many behavioural consequences that includes the compulsion to use drugs despite adverse consequences, even at the risk of damaging friendships, hurting family, or losing jobs.

In the case of a person abusing a psychoactive substance, the way drugs change their brain function to create addiction is complex, as different psychoactive drug act differently. Simply put: some psychoactive drugs increase the production and release of dopamine; a neurotransmitter responsible for regulating motivation, emotions, and feeling of pleasure. A healthy brain rewards “healthy” behaviours such as eating, or having sex, by releasing dopamine that makes you feel pleasure, which then motivates you to repeat those behaviours. Nevertheless, some rewards such as psychoactive drug use are more addictive than other natural rewards and here is why. The human brain registers all pleasures in the same way, whether it comes from psychoactive drugs, sex, or from a satisfying meal.

However, depending on the type of drugs, they can release 2 to 10 times higher amount of dopamine compared to natural rewards. The high amount of dopamine is released almost immediately when the drugs are taken, and it last longer, compared to natural rewards – the HIGH. Now because naturally, our brains are wired to ensure that we will repeat life-sustaining activities by associating those activities with pleasure or reward, the brain registers the pleasurable actions and motivates us to do it again and again. In order words, the drug of abuse hijacks the brain’s reward system. The pleasure gained when taking drugs then continues to dwarf the pleasure gained by natural rewards.

For the brain, the difference between normal rewards and psychoactive drugs’ rewards can be described as the difference between someone whispering into your ear (normal rewards) and someone putting a loud radio close to your ear (psychoactive drugs’ reward). Just as we turn down the volume on a radio that is too loud, the brain adjusts to the overwhelming surges in dopamine (and other neurotransmitters) by producing less dopamine or by reducing the number of receptors that can receive signals. As a result, dopamine’s impact on the reward circuit of the brain of someone who is addicted to drugs can become abnormally low, and that person’s ability to experience any pleasure is reduced.
This is why a person who abuses drugs eventually feels flat and depressed, and is unable to enjoy things that were previously pleasurable. At that stage, the person needs to keep taking drugs again and again in an attempt to bring his/her dopamine function back up to normal. Also, the person will often need to take larger amounts of the drug to produce the desired high—an effect known as tolerance.

One of the major problems we have on this issue is that we deal with drug addiction as if it were solely a social problem. Drug addiction is both a social problem as much as it is a public health problem. One could argue that is it more of one than the other but you get the point. Putting punitive measures in place that does not address the underlying additive condition or underlying comorbidity – that include cardiovascular diseases or other forms of mental illness – does not effectively address the problem as a whole.

So, when a chunk of students who are addicted to drugs are expelled from a particular university without getting the necessary medical help needed, they would not find it very difficult to get into another University (hello…). What then happens? Not only are the future of these students threatened as sometimes, addiction can lead to death from overdose or compounded illness, they are likely to engage new friends into drug use which can graduate to addiction. Essentially, the first University did not only succeed in pushing the “problem” to another University, it also succeeded in making space for the cycle to return to them in the form of another “problem”.

Secondly, Educational Institutions need to put supportive systems in place as against the current punitive actions in most. They have a responsibility to highlight the issues of drugs with a view to educating students and building a consensus among them to forge a united stand against drug use through evidence-based sensitization and prevention measures. Being supportive of those affected is also essential. We must understand that the last thing an addicted person needs is being discriminated against or blamed for being morally weak. While it is true that an addicted person can stop the habit on his/her own depending on the stage of addiction, it is also true that this is an exception as much as it is an empirical fact. The ability to stop can go beyond sheer will power, even in the face of adverse consequences.

There is very little awareness about the availability of rehabilitation and treatment services in our county. I know this because I often get this quizzed look that is regularly followed by series of questions when I tell people where I work. A better alternative for institutions would be to have a drug policy that subjects the general population of students, or students caught using drugs to a mandatory drug test, followed by an initial assessment on those who test positive to determine their stages of drug use. Affected students should be suspended to mandatorily receive the recommended treatment plan from the institution’s approved rehabilitation centre with strict measures to ensure adherence. Cost of treatment and rehabilitation would be borne by the student. Students would only return to continue education upon obtaining a letter from the treatment centre after the necessary treatment plans have been adhered to, and a follow up plan has been set up. Follow-up plan could mean having random drug tests for up to a year following treatment. It is now up to the institution to decide how many times this cycle can run for each student before the ultimate decision of expulsion.

Generally, the problem of drug abuse and drug addiction is too real and serious to be ignored. Adolescents and youths are increasingly becoming addicted to all kinds of drugs that include prescription drugs. Across the country, particularly in the North, codeine parties are popular. Other drug users and addicts from lower socio-economic classes devise new ways to get their desired high. Some of the bizarre mechanisms include smoking dried lizard dung, inhaling the ammonia from pit latrines, inhaling gutters, rubber solution or petrol, smoking old newspapers that have been soaked in water and dried, the list goes on and on.
For how long are we going to keep up with the silence on such a critical issue that is killing my fellow Nigerian youth morally, socially, psychologically and physically? Unless serious measures are taken now, the very future of a large chunk of today’s youth will be severely compromised. There needs to be concerted efforts from individuals, institutions, communities and all levels of the government to produce a more effective response through evidence-based measures that addresses the social and public health aspects of the issue.

Aunty Bella: Need Help to Phase Out this Addiction