Eva Bozimo: When a Man Says He Can't Get Freaky with His Wife 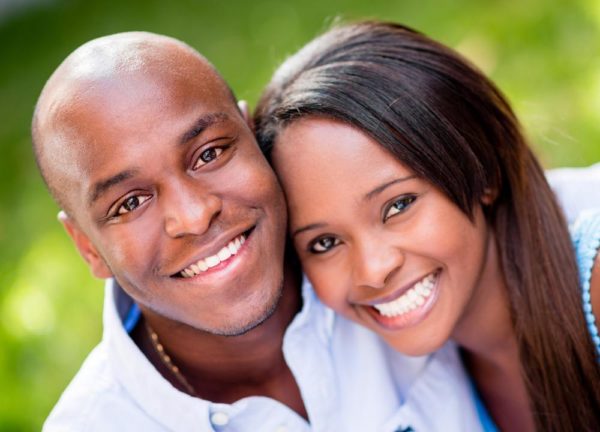 I was having a conversation with a group of friends about relationships and marriage, and one of the guys said something that I found extremely mind-boggling. He said he could never have spontaneous or nasty sex with his wife. He said he’d rather do that with his girlfriends but never with his wife because he would start to perceive her differently. In other words, a wife can’t be too sexual because that will make her a hoe or irresponsible, and she can’t be tagged the million dollar word “wife material”. This was said with his fiancee sitting right beside him too. Clearly, it wasn’t some secret opinion of his.

This logic is very common in African and Nigerian men in particular, and I believe it’s very problematic as it is the major reason for the high percentage of cheating in our society. In an article, P. Diddy said one of the reasons he never married Kim Porter was because he could not do a lot of sexual things he did with her then if they got married. Okay. To play devils advocate here and not speak from just a woman’s perspective, isn’t the point of marriage to partner with the one person that fits your standards sexually, mentally and spiritually etc.? Why is it that a lot of men seek very different standards in their wives, and automatically start to treat them differently once they get married?

There are ladies whose husbands stop them from engaging in oral sex with them once they get married. A couple that explored the nightlife  and went on dates occasionally with their women quit once they get married and only the man is seen publicly afterward. It’s like you have exciting sexual moments with your girlfriend, but once she gets the ring you automatically expect her to become a prude. Clearly, you’d rather abandon your beautiful supple and sexual wife at home to go look outside for what you already have at home, right?

It’s very troubling because this narrative of men, that a wife must fit a certain image, is very unrealistic. A lot of women are willing to pretend to be what a man deems to be a wife, then after the wedding, she exposes her true self. Also, this is probably one of the reasons a lot of women also are on a cheating rampage these days as their sexual urges aren’t being met. At the end of the day, you have two people who used to shag like rugrats but then get married and it’s just not the same anymore. Same individuals, same sexual urges but with different expectations now.

Whatever happened to wanting a freak in the sheets and lady in the streets? Is that a myth? I strongly believe a lot of men have a lot to unlearn when it comes to the female sexuality and the perception of what a wife is and should be. I’m really not certain if this is a mental perception most men have towards women or if it’s because of the societal influence of what a wife should be, but I’d like to know what guys thoughts are on this…

Poet Tolu’s #LiterallyWhatsHot Interview: Getting Your Story out there is not as Difficult as it Was 10 Years

5 Home Products that Are Toxic to the Environment

Eva Bozimo is the editor-in-chief of the life style site candid lips blog. She’s a freelance writer and can be reached for writing articles for magazines, blogs, script writing and reviews. She created her platform to raise the consciousness level of people and to spread positivity. Also to recognise the challenges we face everyday, especially in Africa.Find her on https://evabozimo.wixsite.com/candidlipsblog Instagram: @Eva.chanel/@candidlipsblog Twitter: @EvaChanel