The Role of Religion & Culture in Women Empowerment Campaigns 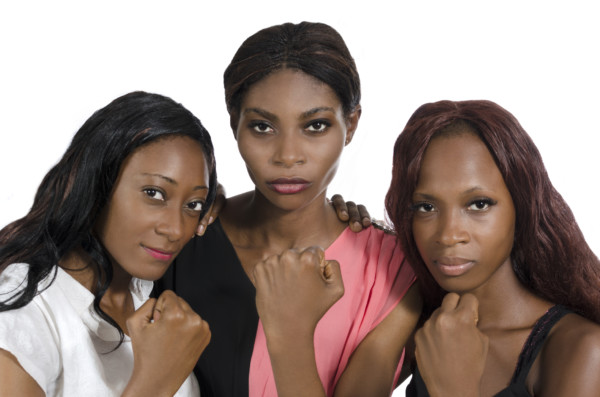 Scenario 1:
It has been 5 years since her husband Bode lost his job. Sade has had to carry the weight of the family on her shoulders. She has also had to put aside her dream to be an influential writer. She has taken on a full time job, along with a side business, so that she can cater for  her family.

The worst part is that she has to give the money she makes to her husband, so that he can decide on how it will be used. He is head of the house and as a Christian, she must submit to him. And on the nights when he takes his frustration out on her by brutally raping her and beating her afterwards she has to endure. She cannot leave him because the Bible preaches against divorce. What kind of Christian wife divorces her husband?

Scenario 2:
The first time Amina saw an airplane in the sky, she felt a calling. She was 7, but she dreamt of flying in that big machine in the sky.  As she got older, she realised it was not a far-fetched dream. She could, actually, be a pilot and fly the machine if she wanted. Even if her parents could not afford the fees, if she studied hard, she could get the scholarship she would need to achieve the dream.
The night she finally shares her dream with her mother, she laughs and say she should forget such folly as her Baba already has a better plan. At 13 she finally figures out Baba’s plan. She is forced to marry a man who already has four wives. It is cultural practice and Allah allows it, she is not different from other women born before her.

If you live in Nigeria, you know these scenarios are not far-fetched at all. Women seem to bear the brunt of penalties that result from the cultural attitudes and the impact of religion and culture across the country. The larger society and the male subculture on a large scale consider women and their aspirations as inferior. The side-lining and stereotyping of women is the norm.

There are several religions and cultures that exist within the nation including Christianity, Islam and indigenous religions. They all serve as channels to help one achieve a sense of life meaning, and when you really consider what these religions really teach objectively, you realise they do not necessarily condemn women per say.  The traditions and social attitudes developed around the patriarchal interpretations of these religious beliefs, however, have since defined and moulded the social and cultural contexts of Nigerian women. This results in the disempowerment and second-class status of women. Certain cultural and religious biases prohibit women from enjoying their economic, social, and cultural rights.

For instance, Christianity was introduced in the fourteenth to nineteenth centuries, and the missionaries who introduced Christianity to the country consigned women to the domestic sphere, a division “deep-rooted” in biblical interpretations. It is still the practice today.

Catholic women especially, face major gender discrimination as they are excluded from ordination and all the office, and only men can be ordained deacons and be appointed as lectors. And even though women and men are created equal (Gen 1:27), men at ordination become a source of sacramental and hierarchal power over these women. Even worse, the church leadership almost always turns a deaf ear to issues of domestic violence and divorce. The church stresses morality that condemns abortion and contraceptives, glorifying fidelity in marriage and motherhood – no matter the circumstances.

In recent times, we have seen the rise of the independent, charismatic, and Zionist churches, but women seem to be stuck, as they have already internalized patriarchal Christianity.

It is a similar case with the Islamic religion. Islam has moved away from God and the teachings of the Quran. Chapter 7, vs 31 which invites all the children of Adam to enter the Masjid and prostrate before God. In most parts of the country where Islam is practiced, women are barred from Masjids.  Also, in Nigerian, women are disinherited from their husbands and fathers and are told that Islam does not acknowledge them. However, this is not true, as specific parts of the Quran specifically allots portions of the husbands or fathers estate to the woman. The women are being cheated out of their rights as ordained by God by a patriarchal Islamic structure set in place to shame and suffer women and girls.

It is not a secret that girls are forced into marriage at very young ages (sometimes as young as 9 years) and they are given to old men without their consent in the North where the Islam is the dormant tradition. They cannot even defy their parents’ decision or seek covering from the judicial system when they want out of the marriage. The judicial system is structured in such a way that men are favoured, and women are disadvantaged. For instance, in cases related to adultery and fornication or battery, women are given the harsher sentences, while men are given no punishment at all.

In northern Nigeria, there is the purdah which restrains women from going out, socializing, working and having lives of their own basically. They live confined and trapped. Many women suffer from mental health issues, as it is a very withdrawn way of life. Some women are beaten continuously by their husbands, while trapped indoors

Looking at the indigenous religious narratives, men are seen as kings, warriors and gods as well. Women are a few times represented as gods – they assume maternal roles where they provide healing or grant fertility. The indigenous culture reinforces roles that are linked to female procreative attributes. These portrayals have inadvertently provided tools for evaluating and analysing the status of women within the confines of those religions.

There is also a myriad cultural practices that declare the inferiority of females to males, depriving them of their human rights. Thus, putting them at the risk of a substandard life or even death. For instance, in most cultures, female children are still subjected to the cruel practice of female genital mutilation.

In light of all of these, can we truly then say that religion and culture plays a role in the uplifting and empowering women? Please let us know your thoughts!