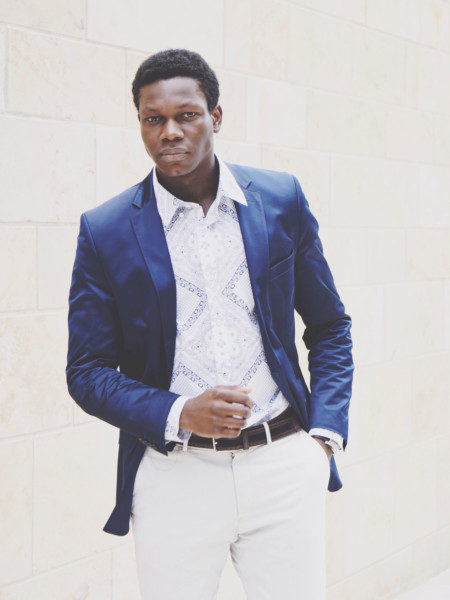 Since President Muhammadu Buhari declared his interest to run for a second term, there has been a level of murmuring amongst the citizens. Iyorwuese Hagher, former Minister of Health, in an interview with ThisDay Live, boldly referred to the declaration to run for a second term as an act of political terrorism. And why not? In the last 3 years, he has been unable make good of the promises he made to Nigerians in 2015. Rather than the terrorist group – the Boko Haram- being defeated, we have witnessed a renewal of their insurgency in the northeast. Also, the violence between herders and farming communities has persisted. The security situation, in general, appears to be deteriorating.

Surprisingly, the president asserted that his bid to run, stems from popular demand. Who are these citizens begging for his return? Are the #lazyyouths really even bothered? What would the upcoming election look then look like?

Understandably, these questions being asked have elicited a fear of what the future may hold. On our own part, we decided to do a little investigating of our own to learn some of these fears everyday citizenry have as well as their expectation for the upcoming elections dated for 2019.

Here are comments from a few people we spoke to.

“My major fear is that Buhari might win again, or that if he doesn’t win, the north will get heated up.”

Tobi
“My fear is that Buhari will emerge as President-elect, because that means another 4 years of a clueless government.”

Enitan
“I was just thinking about Osinbajo’s visit to WorkStation the other day. The young people took a group pic with him and I was like : See these ones, somebody that only visited probably because the elections are around the corner, and he and his boss need/want your votes. ? On a serious note though, what I’m worried about are as follows:

Eniola
“From the look of things, the president and APC are trying to hold on to power. Their eyes are so red that I feel they are willing to murder more than half of the Nigerian population if only to maintain power. I hope Nigerians will get the opportunity to vote without being forced, murdered or killed. From what I see, we don’t have real rights. Forget democracy, whoever has the most power will lead. I pray there is no chaos in the country to take the masses eyes off the most important thing, which is the election. I expect it to be free and fear just like the last one that happened so that even if you lose you bow out. “

Tega
“Well for one, it is going to be another battle for the lesser evil. In 2015, People were tired of GEJ, but they did not like BUHARI either. But then they still went with PMB.

Sure, GEJ did not have a core following. Buhari’ contested like 4 times before he won and those 4 times, he never had anything less than 12 million votes -one of the reasons Tinubu and ACN ran to him to merge. They did not even need the south-west and south-south, they only needed to do favourably in one or two states in those regions. Plus, GEJ was fighting so many battles. People thought that power of incumbency would be his last port of call if indeed he eventually lost, but they were shocked that he peacefully handed over. It was actually unprecedented.

It seems like it is going to be the same this time. PMB has lost a lot of goodwill but who are the other candidates? Everyone PDP has to offer, Atiku and others, have been tried and left a bitter taste.

Secondly, it is April and other parties do not have or have not picked their party bearer which is kind of unprecedented. Because, usually by now, Nigerians would know or have a semblance of what these parties have to offer in terms of their candidate.”

Michael
“The cardinal rallying point in the last election was fighting corruption. It is glaring that the PMB administration failed woefully at it. Unfortunately, there is no leader in the line-up for 2019 who is remotely convincing that they can successfully wage a war against corruption. And there is no rallying cause or cry for 2019. I worry that there is no leader and no cause to rally behind, and so we’re just drifting aimlessly into 2019 waiting to settle for mediocrity…. As we’ve always done.”

Obinna
“I have no fears. I expect Buhari to win again. I am not his supporter per say, but I know there is a perfect plan on ground for him to win unless God himself intervenes. The election is going to look well organized and a bit free because they have a good plan on ground already. I also know as usual the votes will be divided in the west and southern states. Also, APC will be losing some states in the  gubernatorial election. I don’t see so much of crisis, maybe a little in the north for the opposition…unless of Buhari loses then we might as well be suffering worse casualties than the civil war”

Joey
“My fear is that we are going to get the same shitty people recycled. In the past few years, power has been distributed within the same corridors. Corridors with a class of people who don’t really care about the country and don’t even make it seem like they do either. The good thing is that we are going to have a lot more people involved/aware, and that might make a bit of a difference in voter’s choice.”

Kevin
“I am not passionate about Nigeria. I used to be way back, but I lost it that passion and this was because when I started digging deep, I realized this thing is not a leader thing…Nigeria is Nigeria because of the people…our tendencies and proclivities to do certain things. As for the elections, I don’t have any fears. Maybe it is because I don’t plan on being here till that time. I don’t know.

I do not have fears, I have faith not in the system, but in the people. I see an awakening.

I really could care less if Buhari wins. What I am about is the consciousness it will bring. People are slowing becoming woke. People are starting to realize that their voice actually count.

If I have my way though, I will give Fela Dorotuye the presidency. I believe in the new Nigeria he preaches. We need someone young, someone not popular. If he can play the politics right, he will win. If the church can actually relax and support him the way they supported Jonathan when he was doing his church tour, and seat down and support him..he will win. But then again, the country is directed by the “Jagabans”, they hold the country with their bare hand and they would never approve.

Looking at the general scope of things, if you want to know what would give me panic attacks, it would be the impact of PMB possibly winning on the economy. A country is as big and as productive as its economy. shortly after PMB announced his intention to run again, the stock market fell to its lowest in 3 months. What hope do we have if he gets another 4 years?

Dave
“I really don’t care about Nigeria’s election because no matter who people vote for, there has never been positive results. Why bother? Nigeria needs someone a bit younger with a different vision from what we’ve been hearing all these years. Someone to gradually start changing the system. Until then, elections are useless. Atiku is coming out for president again and maybe Tinubu from what I have heard. What would be the difference between Atiku and Buhari? They just keep rotating the power between themselves and letting the country rot. Selfish leaders. They say we are lazy youths but these they will not let young people step in. It’s a very dangerous game”

Lotanna
“I expect Buhari to win, and not because he is the right man for the job but because that is our reality. The system is so corrupt that he would most likely win it again. My biggest fear is in the unlikely event he loses, riots would erupt in the north killing innocents and he not wanting to step down which I see him doing and it would be bad for everyone. I don’t really think it is a make or mar kind of election, but I do know our elections are still primitive enough to cost innocent lives”

Dany
“ I am worried that the elections will be heavily be rigged and the current rubbish will continue. My expectation is a change for the better. Out with the old and in with the new. New breed, new ideas, new age (youth) New mentality e.t.c”

Afolabi
“My fears is not the killings, its that the country will be in an economic mess if APC doesn’t win. Herdsmen will go on rampage.  And once it is not safe it will affect the economy very badly.

Men in the house, what are your thoughts on the upcoming elections and the current political scene? Let’s talk about it.

Michael Afenfia: In Love & Ashes Got Me From Episode One

Ivie Ogbonmwan: It May Seem Tough Now, But It Will Get Better