Michael Afenfia: In Love & Ashes Got Me From Episode One 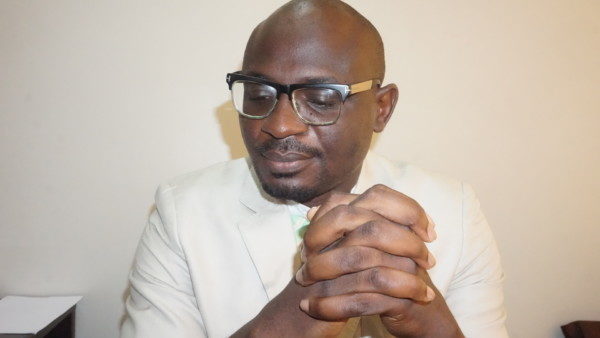 I recently saw a promo on TV that made me quite unhappy. The finale of one of my favourite television shows airs on Friday 27th April and I couldn’t help wishing this wasn’t the case. I’ve been a fan of Battleground, showing on Africa Magic Show Case on DSTV since I stumbled on some family members intensely glued to the TV screen watching with glee one evening not long after it premiered last year, I had no choice but to join them. It was a choice I was glad I made.

Slowly, I became drawn to the premise of the story and the quality of acting they delivered day after day. Kolade Badmus (Gbenga Titiloye), his two wives – Adaora (Shaffy Bello) and Cissy (Yinka Davies) and their children Teni, Mayowa, Ola and Ayo, played by Ini Dima-Okojie, Chike-Ezekpeazu Osebuka, Okey Uzoeshi and Hauwa Allahbura respectively, may not exactly be your average Nigerian family, but I found their lives and the issues they were dealing with quite intriguing.

Apart from the questionable casting of Yinka Davies as the other Badmus wife, Cissy, who sometimes came off as artificial, forced and overdramatic, all the other guys were naturals. From the stoic classiness of Adaora, to the manipulations of Hadiza (Bikiya Graham-Douglas), and the silliness of Chichi (Bunmi Shogade), the actors and actresses picked for the show, including first-timers like Chike-Ezekpeazu Osebuka and Nonso Bassey (Emeka) did pretty well. Indeed, I make bold to say that the newbies gave the veterans on the show, like Kunle Coker (Danlami) and Shaffy Bello, a run for their money.

As the series wraps, thankfully, just as I stumbled upon Battleground, I think I may have found something good enough to replace it on EbonyLife TV – In Love & Ashes. My only wish is that it airs long enough to keep me entertained in the coming months. For now, it doesn’t air every week night like Battleground does, which I like; because what it then means is that, it doesn’t take up too much of my time… in case I become really addicted to it. Judging by the three episodes I’ve seen so far, it is a strong possibility.

I also do not know how long the producers intend for it to run, but if it is seasonal, my hope is that it runs for about 10 to 15 weeks only in this first season so the anticipation for a second season is heightened.

I’ll shy away from the nitty-gritty of the story because I don’t want to give out any spoilers, but if the test of a really good series is determined by its pilot, then In Love & Ashes got me from Episode One. First, I like that the plot touches on the on-going war on terrorism, and that the producers have been bold enough to make it front and centre of the story.

Through the performances of Charles Etubiebi, Nafisat Abdullahi, Sani Danja, Wassh Hong and a couple of other Jos-based actors, I expect to see a good depiction of the evil being carried out by Boko Haram in Maiduguri and other places of the North East.

The writers have also scripted into the show what life is like in the IDP camps. I noticed also, sub-plots around an aspiring football player and a female photographer. So hopefully, weaving those contemporary themes into the story as the drama unfolds would make for interesting viewing every time I sit down to watch.

And if you ask me, I think Tubaba did a good job on the soundtrack. The quality of the production itself is definitely above average even though I think the storytelling, considering its theme, could have been more fast-paced so the viewer is captivated from start to finish, episode after episode. For instance I found myself drifting off midway through the second episode, and for a show that is less than 25 minutes long, that shouldn’t happen. But, I would hold off further comments until I have seen more episodes of the show.

I also like that In Love & Ashes showcases a number of new faces, many of whom are young. So, those people who have concluded that Nigerian youths are lazy and afraid of work, and would rather do nothing because we have oil money to depend on, should tune in to see how incredibly talented and industrious our boys and girls and young men and women are, with little or no support from the government.

In Love & Ashes is entertainment, but it’s my favourite kind of entertainment. The kind that gets me sucked in while addressing real issues in the society, and this is one does.

Joe Hanson: Set Yourself Apart as a Master of Ceremonies! Get a Mentor