Ayisat Agbaje: Nigerian Laws Are Skewed Against Women! Together, We Must Fight For Equality 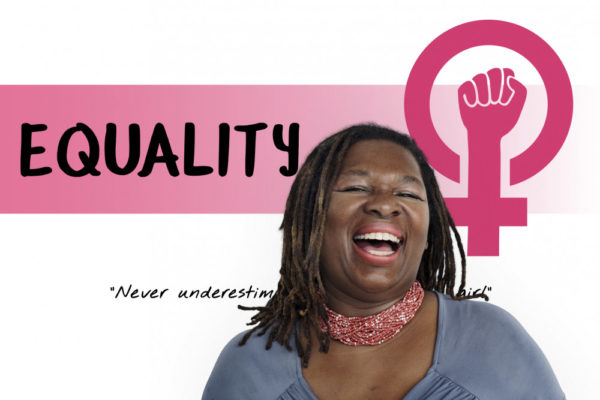 It is legal to physically hit a woman for the purpose of correction, in Nigeria. No! I am not telling a lie…

This is in accordance to section 55(1)(d) of the Penal Code of Northern Nigeria which provides that an assault by a man on a woman is not an offense if they are married. Native law or custom recognizes such “correction” as lawful.

The bill was enacted in 2000 by 106 members of senate and 360 house of representative members. The bill states that “Nothing is an offence, which does not amount to the infliction of grievous harm upon any person and which is done by a husband for the purpose of correcting his wife, such husband and wife being subject to any natural law or custom in which such correction is recognized as lawful” – Nothing encourages domestic violence more than this law.

Domestic violence and discrimination against women is a huge issue in Nigeria in which the federal government has made no effort to rectify. Maybe this is so because Nigeria has the lowest number of female parliamentarians in Sub-Saharan Africa and it is ranked 133rd in the world for female political representation.

Nigeria proposes that it has several laws that protect women such as the adoption of law protecting the rights of widows and ratification of the 1985 international treaty for Elimination of Discrimination Against Women. However, implementations for such laws have been extremely problematic. These laws are also hardly adhered to; their implementation has been nothing short of inadequate.

Further laws that have placed women in a really tight spot include Section 182 of the Penal Code which provides that there is no such a thing as marital rape. Basically a man cannot rape a woman in Nigeria. This means under the Nigerian criminal law, a man cannot rape his wife unlike many other countries in which a man may be guilty of raping his wife if she does not give consent, but in Nigeria there is nothing like consent.

Nigeria does not even have a comprehensive definition for rape. A lot of the provisions created, the language used in the constitutional laws can be very much viewed as gender neutral as it is written by men. Nigerian women make up 49 percent of the population and only 4 percent of law makers are female, which means a lot of these provisions are created by males. Also several lawmakers such as Dino Melaye have been accused of the domestic violence by their spouses. I guess the apple does not fall far from the tree after all.

Oh, and it gets worse

Section 221 of the Criminal Code provides that a person who rapes a girl above 13 years and under 16 years of age cannot be convicted of rape upon the uncorroborated evidence of one witness, In other words a person cannot be convicted of rape of a minor without the corroboration of evidence of the victim. The purpose for this is because sexual offences are never committed in public places, as a result the corroboration by at least one witness makes it impossible for girls and women to seek justice for sexual assault cases.

Just FYI Nigeria has a conviction of less than 10 percent for rape prosecutions. Also no other institution in the world discriminates women more than the police force. Police women are required to place the alphabet W before their rank – I guess W means woman. Married women are disqualified from enlisting in the police force according to rule 122 and they must spend at least 2 years in the force before applying for permission to marry.

The discriminatory effect of certain provisions of the Criminal Code and Penal Code knows no limits. It is important we challenge the constitutionality of these provisions. Imagine bringing a female child into a world whereby a provision has been provided for your female child to be beaten to a stupor by a man she has chosen to build a marriage institution with.

Things must change. These provisions must be redrafted; our laws must be seen in content and intent to protect women from any sort of violence. Domestic violence is regularly encouraged by these laws. Nigeria must recognise the reality that when women are protected, you are invariably protecting the society.

Women are not the property of men.

There is also a campaign by the Equality Now, you can sign up to send a direct mail to Aso Rock, just click the ACTION link at the bottom of the page

This Burn Survivor’s Makeover will Warm Your Hearts ?

Meghan Markle Honored with Coat of Arms as Duchess of Sussex

I am 24 years old and an MA degree holder in International Relations and Democratic Politics. I am an advocate for women's rights, human rights and civic participation. I believe in the importance of community development and politics within our societies, especially amongst young people. It is important that issues such as social integration, inequality and youth unemployment are addressed. I believe that young people are the leaders of the future and they hold great potentials and need to be given the opportunity to grow their skills and qualities in order to be successful and active citizens. I believe together we can find a long-term solution to address social inequalities and sustainability issues. @ayishabimpeagbaje on Instagram @glymspot on Twitter @yourchangeng on Instagram