Chineze Eziamaka: The Nigerian Woman’s Guide to Staying with a Cheating Spouse 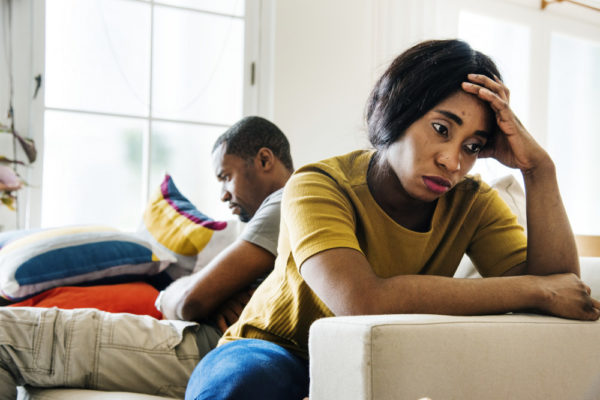 As a Nigerian woman you are expected to treat infidelity as normal, overlook it for your own peace of mind. I had the misfortune of attending an event that was meant for married women. This event cost about N20,000 as attendance fee, thank God I didn’t have to pay because the main event sponsor gave me a free ticket, I would have demanded for a refund.

I thought it was a prayer, networking and wives connect thing. Incidentally I was the only one who thought so, because the other women I spoke with were familiar with the ‘ get our men back movement’ and knew what they paid for.

To my chagrin, the organizers used the first two hours schooling women on how to keep a man, how to look how to dress, how to endure, how to overlook, how to be, how to target their situation specific goals, how to disregard ‘Facebook advisers’ and focus on healing their marriage through their sole efforts as God will take of the man.

In hindsight, I think I endured because I was waiting for that moment when we will hear some hard facts, the moment came, but alas it was from one story of blame to the next. At some point I almost raised my hand and say to the women in the room ‘maybe some of your behaviors may have led to issues in your marriage, but ultimately the decision to break his vows is your spouses and he should own up to his mistakes, express regrets, it’s not because you can’t twerk madam’ but I stayed tongue-tied, I didn’t want to break any hearts.

The female counsellor blamed the woman for not maintaining her sexiness, her wit, her looks. She told so many stories of men getting bored and wanting out, they forgot to mention that women are also allowed to get bored, I think women should give themselves permission to get bored too, for their sanity. To me the whole event was planned to remind women that a man is free, the woman is bound. Bound to society, bound to the bored man, bound to her children, responsible for making a man stay. I was losing my mind, but I had to feign interest, partly because everyone around me was seemingly having a great time, taking notes excitedly, yaying and aah-ing and also because I didn’t think anyone in the room would understand my crazy ‘unrealistic’ opinions.

While they were at it, I Googled ‘how to handle a cheating spouse’ and a lot of related articles came up, I was amazed at our approach to staying with a cheating spouse in Nigeria or maybe Africa and women from other parts of the world.  I will attempt to compare below.

Other women: Get lots of support, your ego has been bruised, you feel inadequate as a wife and a woman. you will need support of trusted friends, books, support groups (there are many on Facebook)

Nigerian women:Think of the ways his cheating may be your fault and change those ways, try to understand what makes him happy or sad. Pray tirelessly for him. Keep it a secret for as long as possible, don’t air your dirty linens in public

Other women:Set up a time of disclosure and divulgence of the fact, secure a promise that it will never happen again, get an explanation of the reason behind his betrayal.

Nigerian women: Pretend not to notice, this is for your own peace of mind. Do not ask too many questions or request for details of his activities. He is your head, you should submit and even if you lose your cool, apologize for being difficult and move on in the relationship not minding that you have unresolved issues. God will see you through.

Other Women:Following the confession you have secured from your husband, set up accountability rules, such as him being open about his whereabouts often. trust has been shattered and must be built back for the success of your marriage.

Nigerian women:Be committed to not snooping around his things, avoid his phones and computers, even when you catch yourself trying to check, caution yourself. After all you are the one he comes home to, you are the mother of his children and no one can drive you out of his house. remain steadfast in prayers.

Other Women:Charge your husband to clean up his dirt by ending the affair. He can make the calls in your presence, send emails, delete or unfriend partners on social media, remove unwholesome apps or services from his phone. Show proof that he is a changed man

Nigerian Women: Use ‘wisdom’ in approaching his reaction to the cheating allegations, do not trouble him else he will run to the other woman, and accuse of trying to kill him out of bitterness. If he is a nice man, beg him to delete the apps and the women. Do not request for proof, just believe him when he tells you the steps he has taken. continue to find creative ways to retain his love and affection. Do not give up on your marriage, it is your ticket to respectability in the society.

Other Women:You and your husband should get tested for STIs. You must prioritize your health and sexual safety.

Nigerian Women: You have not ceased praying. God will not allow anything bad to happen to a good woman like you, do not show him any suspicion or he may run back to his mistress.

Other Women: Return to sexual intimacy slowly as trust is rebuilt and love is rekindled. Take time to know what works for your dynamic situation and relationship.

Nigerian Women: Return to sexual intimacy quickly, up your sexual allure, use the insecurity and hurt to your advantage. Give him sex on demand.

We have so many women who in trying to conform and stay unhappily married. God designed marriage to be a safe haven from a dangerous world. We should remember that you are first a person, second a wife.

I do not know what I will do if I caught my spouse cheating, but I think I will be kind enough to myself not to blame myself for his foolishness.

The BN Style Recap: The Africans Are Taking Over!

BN Prose: What It Means to Want by Chukwuebuka Ibeh