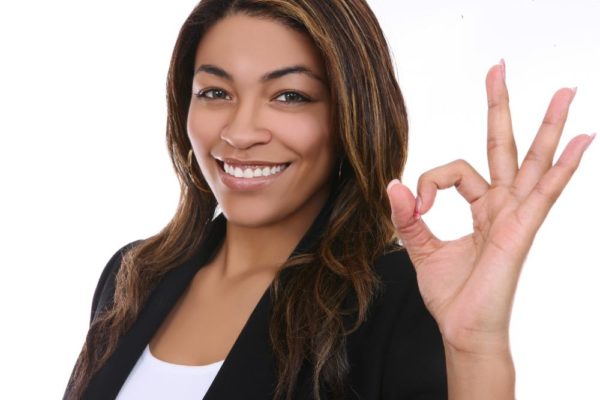 ‘The lottery of birth’ is a philosophical argument which states that no one chose the circumstances into which they are born, people should not be held responsible for being rich, being poor (Wikipedia). The first time I heard about this theory, I laughed it off. As a Christian, I operate in Grace and of course, I believe people should be responsible. There is such a thing as a choice, however, when I look at the hopelessness and despair in the society, I am forced to think again. Some people just may never find their way out of poverty and lack regardless of effort; the odds may be stacked too high against them. A lottery, as we know it, is a situation whose success or outcome is governed by chance.

A few weeks ago, while waiting in line to a see a doctor at a hospital, I noticed a handful of families with young children. Seated in front of me was a young family: parents, three children, and a maid. The oldest of their biological children couldn’t be older than 7 years old. The maid looked about 9 or 10 years old, I know she was the housemaid because as they say, ‘she stood out like a sore thumb’. The maid stood leaning on the arm of their chair while this family sat. I think she was required to be nearby should they need her attention because there were a few vacant chairs across the room. In fairness to this family, the girl joining them would mean they will have their bodies touching hers too close, and I did not think they would want that. She also had to pick up the youngest child’s slippers every time the toddler flung it. It was some sort of game for the little one.

After a while, their second child wanted to use the bathroom and the maid was told to chaperone her. When they got back, the maid was asked by her madam why she didn’t wash the urine off the feet of the child she chaperoned. She could not provide an answer, only looked away. I watched them, hoping for her sake she doesn’t earn herself a slap for not doing the simple task that the at least 5year old girl would have accomplished herself (if she remembered its importance).  Luckily, she doesn’t get slapped. She , instead, got a scathing look that promised a slap in the future. She continued to stand until the family was called by a doctor. She didn’t go in with them, so I asked her to sit on the chair they vacated. She declined my offer and stood till the family came out and they all left.

This incident and a few other stories I heard got me thinking about the theory of the lottery of birth again, how some people are born into a life of ease and some others are plagued by a laborious and difficult life because of the circumstances of their birth. I thought of the little maid and the three children, none of them chose the families they wanted to be born into… but here is a little girl, far from home, forced to grow up too fas and introduced to bitterness before she even understands the emotion. And the others born into a ‘normal’ family of parents who wanted them to be born, pray for them and are there to guide them through life.

Some years ago, I asked a neighbor’s houseboy how long he had been working. He said since he was 5 years old. He started as a pepper picker at a large farm in Ibadan. He was brought from Cotonou and only got to know of his mother’s death 4 years after she died. According to him, he was busy working and his handler didn’t want any distractions. He told me he wanted to be a carpenter but he was told he had to learn basic mathematics so he can work out measurements. Finding a family that will allow him school and work wasn’t easy.

There are many young children forced to work from a young age, the sad thing is they never quit working for the privileged in one manner or another. Hard work is the only kind of work they know.

For some of us, hard work gets us fantastic results, recognition, accolades; while for some others, it doesn’t quite make a difference. They never quite acquire knowledge or skills to take themselves out of that situation no matter how hard they may try. Some do manage to succeed but a clear majority remain on the other side. It’s a vicious circle of lack if you look at our society without any religious delusion.

When I was younger I was made to believe that one day the little, maltreated maid will find her way in life, make it as a successful person and that the young pampered children may grow up to be prima donnas, overindulged lazy people who never learned hard work or understand empathy. Fact is they may become egotists, narcissistic even, but they stand a huge chance of being successful people. They will perhaps change because they will read books and have access to knowledge that will allow them work smart and maybe hard. I was also wrong to believe that life is that simple, that karma will catch up with people who treat little children who are not born by them rotten.

In real life, the little maid will waste many years moving from household to household drifting, picking up vices along the way that may complicate her life.

In real life, we have to be deliberate about not hiring underprivileged children as sales girls, houseboys and house managers.

No one gets to choose to be born rich, poor, black or white, life of privilege or life of lack …but we can help. We can cheat the lottery system by being a more responsible government and helping our people succeed. I do not presume to know the mind of God, but I know this can’t be his plan for our country.

We watched Angelina Jolie’s speech as she received Jean Hersholt Humanitarian Award in 2013. She talked about ‘having a life of use to others’. We should not judge Mr. A for not being able to come out of poverty like Mr. B did. In a lottery, everyone is not a winner.

Poet Tolu’s #LiterallyWhatsHot Interview: Getting Your Story out there is not as Difficult as it Was 10 Years