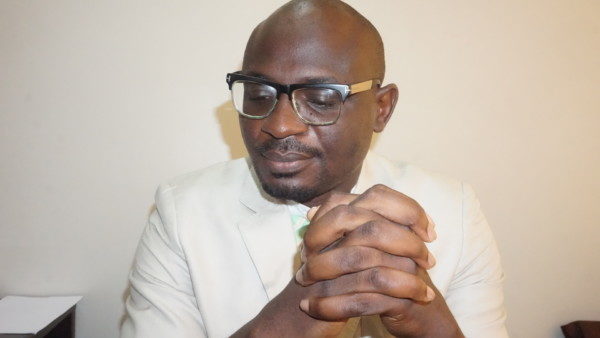 When the 2018 Winter Olympics kicks off in PyeongChang, South Korea, on Friday 9th February 2018, I’ll be one of those watching the competition in the troubled peninsula with rapt attention. I’ll be monitoring newsfeeds from my phone for updates on events and results because I want to know the minute any major upset happens. I’ll also be absorbed by the coverage of the politics of the games, as if my life depended on it because of its likely impact on global peace and security.

At this point, it’s important that I come out clean. Even though I’ve been an avid follower of the summer Olympics for as long as I can remember my name, I have never ever sat down to watch the frosty version of the games for the simple reason that I don’t get all that gliding and playing around in ice and snow. I’ve lived all of my life in Nigeria, the scorching sun and I have kind of worked out an understanding that works perfectly for me now.

All of the skiing, figure skating and ice hockey seemed very bourgeois to me, so I stay away once the real Olympics ends, and by “real Olympics”, I mean the one with Usain Bolt and Blessing Okagbare. I never developed any interest for this selective version, until this year.

My initial interest wasn’t triggered by the promise of entertaining athleticism and the kind of drama expected at a global event of this nature. No. Rather, it was Kim Jong-un of North Korea and his spat with the American President over their fixation for big nuclear missiles and rocket launchers that did it for me.

With all of the terrifying reporting coming out of that region, no one was sure if the games would go on at all or if it was safe for any country to send contingents to a competition that might turn deadly at the touch of a button. Between President Donald Trump and the man he nicknamed “little rocket man”, and the Russian doping scandal, the PyeongChang Olympics has garnered so much attention, its ratings would probably be the highest it has been since the era of modern competitive sports – winter sports, that is.

Thankfully, diplomacy triumphed over rascality, and now the rest of the world can experience history as two enemy nations unite to compete for laurels in certain events as one. As exciting as the prospect of a unified Korea sounds, even more exciting was the announcement that Nigeria would be taking part in its very first winter Olympics. That is why I must watch the games.

Akuoma Omeoga, Seun Adigun and Ngozi Onwumere would be going for gold in Bobsleigh. Watching the three-woman team on CNN the other day reminded me of the 1993 movie, Cool Runnings that told the story of the Jamaica national bobsleigh team competing for the very first time in the Winter Olympics of 1988. Fingers crossed, these three women would give us our own Cool Runnings moments, and for a day or two, we would forget about the OBJ and IBB’s letters.

Also to fly the Nigerian flag in South Korea is Simi Adeagbo. She’d be in the starting line-up as the first African female Skeleton competitor. Don’t forget her name. Don’t also forget Akuoma, Seun and Ngozi either. Remember to cheer them on as these ladies go for glory this February.

Let me make another confession about the winter games. As far as the rules go, I don’t really know much about Skeleton and Bobsleigh, but come crunch time, when these ladies adorn their green and white kit, my naivety in the things the umpires would be looking for wouldn’t count. What would matter is that we are from the same country. That is all I need to put my heart in the games.

In the story of this brave quartet, I see some lessons for all of us Nigerians. Firstly, from their names, I can see that they are from the Eastern and Western parts of Nigeria. In PyeongChang, they will not be Igbo or Yoruba; they’ll be Nigerians.

Another thing I’m told is that they didn’t grow up or train in Nigeria, at least I’m certain three of them didn’t. So the question is: if they had been born and raised in Yaba or Okigwe, would they have achieved this feat? Has our country given our athletes the encouragement, support and the environment to harness their talents, thrive and prosper in their calling?

The third striking thing is that they had tried out and spent the better part of their competitive years in the more traditional and elitist genres of track and field, but when it was time to make the switch, they did so with a lot of panache and professionalism. The transition from summer to winter appears seamless to the uninitiated, but those who know tell me it’s gruelling so these women deserve our commendation for being courageous.

The forth lesson I see here is of determination. How on earth did four black women find themselves in a sport that is historically associated with Caucasians and westerners?  Their breakthrough tells me that there are no limits, no boundaries; once we set our minds on something. You wouldn’t exactly describe these ladies as spring chickens in athletes’ years, so again, not even age constituted a barrier to their quest to push the envelope and conquer new frontiers. I recall one of them saying in an interview that she was 28 years old. At that age, some other people would be throwing in the towel when they didn’t find success in world sports. Instead of doing that, she tried for another activity and mastered it enough to make a total crossover and qualified Nigeria for PyeongChang while at it.

My final lesson, and this is probably my favourite, is that all competitors are women! It’s not three men and one woman; it’s not two women and two men; it’s not even three women and one man. It’s all women, and this is remarkable, particularly coming at a time when even our President has gone public with his views about the rooms in the house a woman should have access to. This is vindication for anyone that has advocated for the rights of the girl-child, that she can be a daughter, a wife, a mother and an Olympian!

#LiterallyWhatsHot: The Difference between a Performer and a Spectator in the Game of Life – A Review of Damilare Osundare’s “Asiri (Mystery)”