Cisi Eze: Feminists SHOULD Include Men, Too 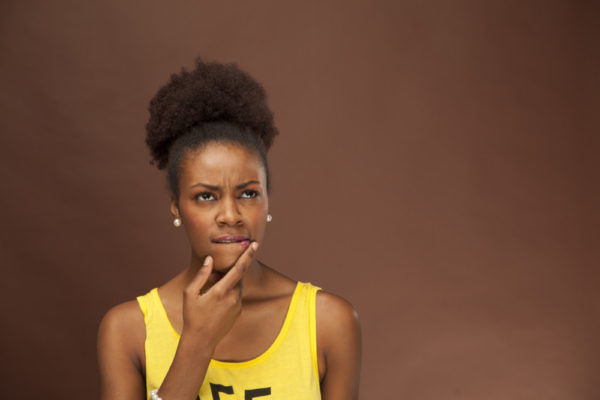 Sometime last year, I was talking with two of my male colleagues about how men are susceptible to rape. “Men can’t be raped,” one of them stated. Boy was I shook’dt? He went on to narrate how a young man in his hostel back at the university claimed to have been raped. “How can you rape a guy? In fact, all of us were saying that we should have been the ones raped.” My other colleague supported him. It felt as though I was on a different plane of existence where it is consensus to rob people of sexual agency.

A man was talking about how his wife was emotionally abusive to him. In response, other men were of the opinion that he was a gay man. (People still think “gay” is a pejorative. It’s like saying “black” is an insult.) Most men invalidated his pain, because “men are not emotional.”

“Egalitarianists” have a grouse with the “fem-” in “feminist”. They say the name alone is sexist, as it focuses on just women. They say that we cannot want gender equality if we centre feminism on women alone. But how do you include people who dismiss that men could be victims of “The Patriarchy”? Nevertheless, Suffering Olympics ensues when a woman comes out to talk about how she experienced abuse at the hands of a man. In that very moment, men ardently express how “men also suffer”. Recently on Twitter, there was  a thread on how a sizable number of South African women met painful deaths at the hands of men they were romantically (and sexually) involved with. In some cases, it was that the woman turned down the man. As expected, there were men on that thread tweeting that women are unfair for not tweeting about instances where women had murdered their significant others.

How often do men speak up against scenarios that do not favour them? Do other men take them seriously? Instead of tackling the issue and lending their voices, do they grab it as an avenue to bash feminism? These are the questions we should ask. In all sincerity, men are nonchalant when it comes to venting about the ways they are disadvantaged by this sexist system of society.

Feminism calls out misogyny. People are uncomfortable and defensive when we call them out on their wrongdoings. Letting go of the privileges The Patriarchy bestows on them scares them: they do not want to change the status-quo that deludes them with the lofty notions of their superiority. People who benefit from a system are not willing to let it go.

In the first place, the idea of feminism came into existence when one sex demanded to be treated as people. At the time, men had more financial wherewithal than women did. This wide margin in financial status seeped into other spheres of life such as politics, religion, marriage, etc. To close the lacuna between the sexes, women – the ones who bore the brunt of inequality – decided to speak up and act out via rallies, protests, boycotts, write ups, to mention a few.

Feminism is not a battle of the sexes. It is against a system that gives people unearned privileges based on sex organs, while putting other people at a disadvantage. The point is to get rid of the system. Feminism is for everyone: This patriarchal system of society disfavours everyone, as it gives us gender roles, scripts, we have to act out without taking into cognisance that we are minds before being bodies. Our minds – souls, if you may – do not choose whatever body we inhabit. We do not choose our race, sex, or sexuality. Does it make sense to stifle people based on situations they did not decide to have? Not every man wants to play to the traditional role of provider and aggressor. This is the same way not every woman wants to key into the conventional idea of nurturer and caregiver. People are minds before being bodies.

Men’s lives, rights, and opportunities will not be threatened as a result of women having equal rights and opportunities as men do. Loving women, supporting women, is not tantamount to hating and not supporting men. It is the same way loving and supporting black people is not equivalent to hating white people. Feminism does not endanger men. On the contrary, it already includes men. Having a balanced society, where people are treated in fairness, would eradicate the idea that men have to suffer certain social injustice without speaking up because it is normative for men to be silent about pain.

P.S. If you examine the “advantages” that women have, you would begin to question these privileges. In the grand scheme of things, these female privileges reinforces that women are weak according to the consensus of strong and weak. Seeing a romantic relationship as a way to get income is problematic on several levels. Whomever exercises more financial strength in any dynamics has more power.

Your Better Self with Akanna: 3 Sources of Insecurity