Cisi Eze: Chivalry Is a Problem 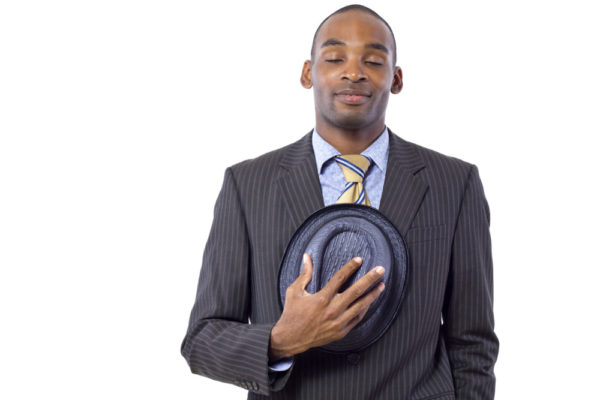 According to Collins dictionary, Chivalry has different definitions.

It is the polite, kind, and unselfish behaviour, especially by men towards women.
In the Middle Ages, chivalry was the set of rules and way of behaving which knight were expected to follow.
Have you heard of the “Ten Commandments of Chivalry” written by Leon Gautier in 1883? Commandment Three states: “Thou shalt respect all weaknesses, and shalt constitute thyself the defender of them.”

Chivalry sees some people as weak. This makes me ask: “Who are the weak people?” It gets more interesting that it is a kind behaviour “especially by men towards women.”

Selective kindness is not kindness.

It gets interesting that you can draw a straight line, straighter than an arrow, from misogyny to chivalry. These two are part of one colossal problem: sexism.

In plain terms, notwithstanding the dictionary definition, sexism happens when you treat someone differently based on sex. Not all acts of sexism are essentially belligerent. When a woman is nice to another woman, even when it does not put a man at a disadvantage, because “woman”, we can conveniently state that she is sexist. An instance is walking into a shopping complex. A woman could decide to patronise the woman selling books instead of the man selling books just because it is another woman. This discrimination based on sex is in itself sexist. But does it hurt the rights and opportunities of the man? The point here is that sexism does not necessarily have to be violent, regardless of who is setting it in motion.

Malevolent sexism is the one that makes some of us scream, “Men are scum!” It is the “dislike of, contempt for, or ingrained prejudice against women”. It makes you want to shout from a rooftop: “What did we ever do to men?”

Conversely, munificent sexism is chivalry. It is the acts of kindness channeled to a person by virtue of having a vagina. This type of kindness results from conditioning. It is pretentious as it is performative. It has an ulterior motive to fulfill a kind of desire or need. This need could be sexual, psychological, or financial. It could be anything. It does not come from a “pure” place.

If we are going to be kind and noble, we should do it to everyone.

Some cynical people would give “wonderful” scenarios:

“I see a woman with a flat tire; I am going to help her out, because I assume she can’t fix it.”

This is the crux of the problem! Why do they assume a woman cannot change her own tires? Is this not the same way people assume women cannot go into politics and do great work? Is it not the same way people assumed women were not intelligent enough to contribute to art and science that shaped most of what we see today? Why should we assume women are helpless and weak? “Helpless and weak and dumb,” but most of us bring human beings out of our bodies; most of us manage families and homes as a result of circumstances; most of us bleed every month without dying.

Chivalry is redundant, as it was created in the Middle Ages – a time in human history where one needed physical strength and testosterone to have financial wherewithal. It does not make sense right now. Au contraire, women are not weaker vessels. We can be nice and courteous to people based on the Golden Rule. “Do unto other what you want others to do unto you.” If we treated people the way we wanted people to treat us, we would not have homophobia, racism, sexism, ableism, and other forms of prejudice people viciously wield.

P.S. During an interview, Trevor asked Chimamanda about chivalry. She stated that people should open doors for people regardless of whatever. It is a kind thing to do. She also said it was sexist to open doors for someone because “woman”. People got pissed. Why? At this point, I have come to conclude that people want to get angry with Chimamanda. She will say, “Water is good.” But some people will find a way to twist it. They will change the context, intent, and content.

The other day, some white woman was talking about how there are other issues Chimamanda should have talked about instead of chivalry. Like, when Trevor specifically asked her about chivalry, she should have skipped the quessie and talked about female genital mutilation.

As I stated earlier, if we really want to, we can draw a very straight line from chivalry to FGM. These two are part of the same problem. All the problems of sexism are related. That stated, Chimamanda said what she said.

She said what she said.

Nkem Offonabo: Burn Out – How To Identify It, How To Combat It & Stay Productive