Kachee Tee: On Food, Memories and a Father's Day Ode 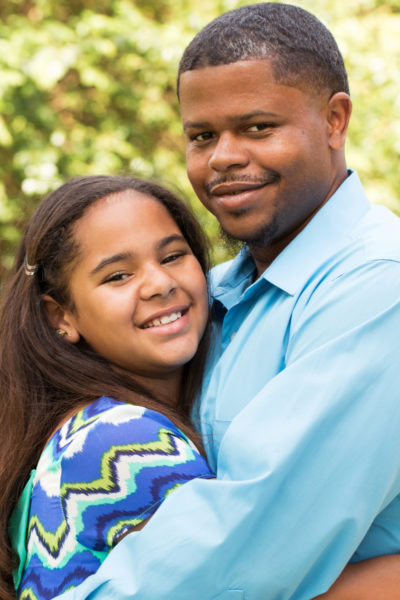 Growing up in my house, it would have been difficult to not love food. My father is the ultimate food lover and I have lots of food memories while under his roof. Some interesting, some fun, and some well, downright not-to-be-encouraged.

It often seemed like family time and conversations for all 7 of us centred around breakfast, lunch or dinner. He was happiest after a well prepared tasty meal and at that point, he would dig deep into his bag of anecdotes and jokes finding the ones most suitable to complement and relish in the atmosphere of the well-eaten meal as we await or prepared the next one.

For someone who loves food so much, it’s amazing how the kitchen was mostly foreign territory to him; I cannot remember a food shopping experience either. Perhaps like many others, he believed in the greatly flawed narrative of (married) men and the cooking not being buddies.

Oh, he but did cook eggs – that was his thing. Weekend breakfast was epic. He’d call it “continental breakfast” with an omelette, sausages and baked beans. Till today, that’s my idea of a great breakfast. But I think he’s wrong on the name though. That’s not continental breakfast (which is generally regarded as a light breakfast with bread rolls and butter -and sometimes cereal). He was the first person I saw put milk in eggs. Apparently, it made them fluffier. And whenever I see sardines or corned beef in omelettes my dad pretty much springs to mind. Interesting how my husband loves his eggs that way too.

It was also on our rather large, round and somewhat burgundy breakfast table I learnt the word ‘simultaneously’. I had finished my slices of bread and happily munched on my eggs savouring it. He remarked: “your bread and eggs should finish simultaneously”. I looked up that word and since that day it stuck. But I didn’t exactly agree – I still eat my eggs much later. And thinking about it now, maybe this is why I love eggs. My husband marvels at how much eggs I eat.

One other fond memory of him in the kitchen was the “beans and peas” day. The only cooked food at home was beans and my mum was away. He looked around in the kitchen and couldn’t find anything to accompany the beans. Then he spotted a can of Heinz green peas.

• Dad: “Open that let’s eat this together”
• Kids: What! Beans and peas?
• Dad: Oh didn’t you know it goes perfectly together?

We do as he instructs and right after a mouthful of beans and peas he spits it right out and further instructs us to thrash it all. Alas, beans and peas may rhyme but they didn’t seem to go together.

My dad loves food, but not just for himself – for others. If one thing makes him happy; it’s being in the midst of people and giving them food. He probably wouldn’t understand how anyone would be worried in the presence of food. And so when we had guests over you’d hear the instructions churned out one after the other:

And he’d encourage the guests to keep wining and dining.

I have now vague memories of he and his friends at their social gatherings with their growing pot bellies hidden under the perfectly starched agbada and matching aso-oke caps – with food, cigarettes, whisky; listening to Oliver de Coque to calm the soul. Many of them would have spent in one evening food, the entire monthly budget for food in their homes.

Because he loved eating and sharing with people so much, it was surprising to witness a day when he didn’t want to share. In fairness, anyone else would have done the same or worse. This building contractor who had worked with us had visited literally every weekend (and sometimes weekday mornings!). Initially, we’d welcome him with food and drinks. And while eating he’d always say “hmmm, very sweet”. At some point it got tiring. He visited one day and we mentioned that we had no food and some of us had drunk garri. We offered him that and he accepted without question.

Perhaps it was at the point of seeing the guest drink the garri with a careless abandon that my dad thought enough was enough. But the Sunday after the garri episode, this guest strikes again. Now shortly before that, we had bought some grilled pepper chicken from Mega Chicken – a newly popular fast food restaurant. And we had bought one for each person. My dad was in the process of eating when this gentleman knocked again. I’d never seen him so hurriedly shove food into the oven – hiding it from him. It took so much willpower for us to not laugh in his face when this guest asked what he could eat and we answered “nothing sir”. The guest didn’t return the next day. I still feel bad wondering if he saw us hide the food or if he could smell it and so wondered how there was “nothing” to eat.

Although my dad loves food, I have to clarify that it wasn’t all food. By food I mean, rice and proper Igbo soups like Oha, Onugbu and Nsala. That was his idea of dinner that should be on the table ready for him when he got back from work. He may sometimes happily eat beans or yam pottage if well prepared with pieces of meat and fish. Food like Pasta was not very welcome. Well except perhaps it was served in a fancy restaurant and called a name we couldn’t pronounce. He also didn’t eat Okro or Snails… even if you called it escargot.

Food to him was crucial. And so the day my sister at a very young age burst out that she had never eaten cornflakes, he seemed visibly surprised and loudly countered “how can you not have eaten cornflakes before – go and get my wallet this minute”. Mind you she had, and once she confirmed that this was just a joke – there was no need for the immediate purchase of cornflakes anymore. The wallet remained in its place.

For a family of foodies, dining out in fancy restaurants wasn’t exactly a thing. But occasionally it happened. I do not remember whose birthday it was but we headed out to the popular Zenith Water Margin Restaurant in Surulere. It was there that I tasted chicken corn soup for the first time and no I didn’t like it. Neither did my father. The only appropriate starter soup in my world is fish pepper soup. I recall this occasion because I had mistakenly left a pot of boiling water on the cooker and we had to hurriedly rush through our mains and head back home. My dad may have loved food, but not at the expense of a house being burnt down. We arrived home just in time to a dried out pot.

Of course, there’s a father food memory of my wedding day. If I recall correctly, as we had the father-daughter dance or maybe it might have been much later, he asked how we had omitted “breaking of kola” at the reception. To be honest, it had slipped my mind. We had planned our wedding as we wanted and I didn’t think to include that in the program. Perhaps also because my husband is Yoruba – he didn’t think it amiss. As the best man personally attended to my dad’s table and made sure there was surplus food and drinks, that was quickly forgotten – and he was pleased that my husband’s best man had pretty much the most Igbo sounding name ever.

My father loves food, but I sometimes feel he doesn’t thoroughly appreciate the labour that goes into homemade meals, as well as the saying that “good food na money kill am”.

I’ve realised that my father and his love and attitude toward food greatly influenced who I would decide to marry. Thanks to genes, I am already a self-proclaimed foodie. I’m actually cranky when I’m hungry (I believe the term is hangry). And it’s almost embarrassing to see the smile break in my face as I finally bite into food. My husband constantly laughs at me.

I consciously didn’t want to be with someone who got hangry too. Or fussed about food, or raised an eyebrow at refrigerated foods. But much more than this, I wanted a man unafraid of the kitchen and the markets; who could cook; who didn’t think clearing his own plates and doing dishes was strange.

And I got all of this. My husband is undoubtedly more familiar with our neighbourhood African shops better than I am; never mind that I taught him to cook Egusi and Stew over a telephone call while in a long distance relationship. To him, my Jollof is unrivalled but he’d rather we eat out if the alternative would be stressful. Sometimes, very rarely I wish he’d be a little more fussed about food so he could request a meal and I’ll go all out to get it done. I’ve had to ring him at work on a couple of occasions when I forgot the right way to load the dishwasher. And he making me a well-prepared breakfast (9 out of 10 it’s boiled yam and eggs!) is pretty much the norm.

Food creates bonding. It goes deeper than just fuel for the body but includes our stories, our memories. I already see so much food bonding memories between my husband and our little son. From feeding him a bottle and rocking him to sleep thereafter to singing forgotten lyrics of nursery rhymes all to encourage a successful spoonful of baby purée and gazing at him intently as he ensures the little one doesn’t choke in this new phase of baby led weaning.

Fatherhood, especially in our society, is often not so easy and sometimes complex. As I recall these memories of the past with my own father, I longingly look forward to the bond and future beautiful memories (centred around food and otherwise) to be shared between my children and their father.

My father’s love for food led me to confirm a few things I wanted (and those I didn’t want) in my life partner. And I’m incredibly blessed to be with him 10 years into this journey.

On his first Father’s Day, this one is also for my husband, best friend and baby daddy – who in every way so takes the crown for best father ever! May your cup forever run over with all things good and may boundless joy always be yours.

Happy Fathers Day to all Fathers!

Got any food memories with your fathers? I’d love to hear.

Nkem Says: Is Anybody Really Single?