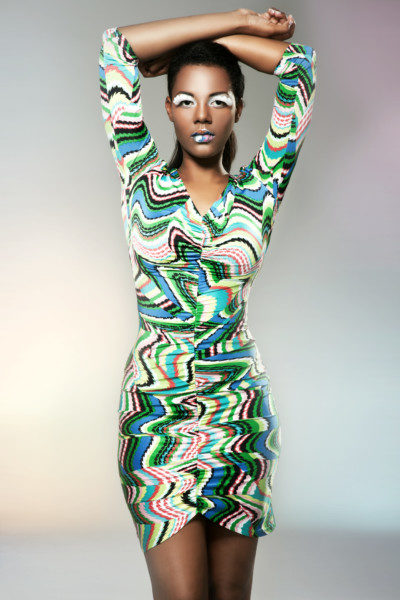 I was having a conversation with a female on social media and she made a comment that really took me aback. She said, “Women should always be decent and shouldn’t be seen exposing their body.” “Women,” not “people.” So clearly, it had no religious backing.

That got me thinking, because I fail to understand the need for the constant monitoring of the female sexuality. Why do we have so much say about another person’s body?

I’ve never understood the standard Nigerian mentality when it comes to the female sexuality. Actually, scratch that, I do; it’s patriarchy that has been internalised from a very young age.

The Nigerian female is thought to suppress her sexuality. She is taught that good girls aren’t sexual beings, good girls can’t wear crop tops and expose their midriff or their thighs, or even wear a bikini in public. How dare she? She needs to be a good girl.

A good girl is a goal she is taught to achieve if she wants to ever get married. And marriage is an idea that has been sold to her since she was a kid.

Picture this scenario: the Nigerian lady is with her boyfriend and wants sex. She drops all the possible hints asides from saying what exactly she wants because she doesn’t want to be seen as “desperate” or a “bad girl.”

She takes off her clothes. “I’m cold.” “I just want to cuddle.” “I will soon leave.” “It’s getting late.” All of these are clues to get him to get the message that she wants sex. And don’t get me started about her expressing herself during sex. She isn’t allowed to be a freak. That’s even too much, she isn’t allowed to talk about sex. She isn’t allowed to want it more than he does, if not she’d be tagged names, a “nympho” as opposed to when a guy does, he’s just being a guy.

A woman expressing herself needs to be respected and not judged. The female sexuality has been controlled by male entitlement for generations, as if its sole purpose is to please men, and if and when it doesn’t, it isn’t needed.

Men have been taught from birth that women are always sexually available to them. The patriarchal nature of the Nigerian society has enabled and perpetuated gender inequality to the extent of allowing male domination and female subordination.

The Nigerian culture has created a huge gap between men and women. Lectures and seminars teaching the impact of culture need to be encouraged in schools. Patriarchy should be seen for what it really is: a social construct, not a biological construct. Women in particular need to be educated on how patriarchy imprisons them since a lot of them have internalized and accepted this status quo to the extent of worshipping male domination.

These are only a few reasons why we need feminism. There is a global feminist awakening and we need to continue the movement relentlessly. The older generations of feminists have come a long way, but there is still so much work to be done. So much to be unlearnt and so much reprogramming of the society.

BN Presents Beyond The Three: Mwanret Introduces the Mhiship People of Plateau State

#PVCitizen: It’s Always a Good Day to get your PVC

Eva Bozimo is the editor-in-chief of the life style site candid lips blog. She’s a freelance writer and can be reached for writing articles for magazines, blogs, script writing and reviews. She created her platform to raise the consciousness level of people and to spread positivity. Also to recognize the challenges we face everyday, especially in Africa. Find her on Instagram: @Eva.chanel/@candidcouch Twitter: @EvaChanel Youtube: Candid couch