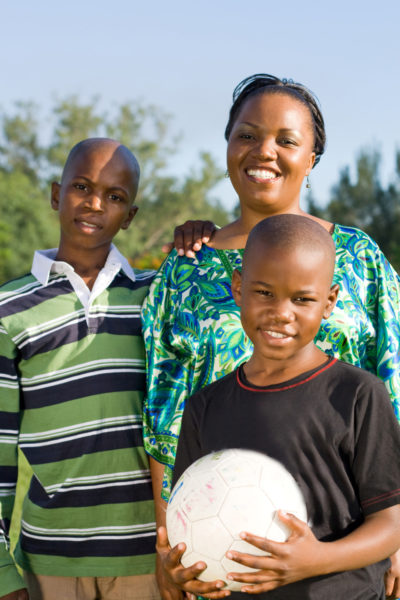 Of all the rocks upon which we build our lives, the family is the most important. We also know that every father is critical to that foundation and the strength thereof. The father, however, was once a son.

In Africa, there are so many families who have sad stories to tell, most of which point to the unstable foundations the families were built on: the men.

Generation after generation, young males have not been educated about their purpose as males or mentored on how important they are to the success or failure of every family and the society at large.

We have fashioned our idea of masculinity on broken models. So many young men on our streets and in the society are lost, stuck, and have absolutely no idea how to be a man. They all just keep living each day as it comes and at best, emulate other guys they see around them, in hopes of getting accepted and perceived as masculine by people who in reality have no clue what they are doing.

It may come as a shock to some people reading this that there are still communities in Nigeria where the women do all the work, go to the market, farms, abattoirs and the men stay home and play draughts. We can all imagine the mindset of the young boys who grew up there.

On the contrary, there are also those who grew up watching dad be hardworking, providing for the family as a man should. However, females didn’t have a voice or weren’t meant to have opinions in daddy’s world. Everything was solely his creation and execution.

We have allowed our fear of appearing weak or nice keep us from showing kindness and our sons are watching. We have allowed fictitious expectations of a misguided society to sieve our expressions of love and sensitivity. However, our expressions of anger, displeasure and violence are gloriously expressed because we believe the lie that only these make us more masculine and in control.

We have replaced inner strength of character with a straight face. We have totally erased mentoring and productive conversations with ourselves and younger males with silence, small talks or just talks about money.

I have had the opportunity to speak with a good number of young men who were about to get married and they all shared one thing in common: None of them was ever spoken to or mentored about their future roles as husbands and fathers until months before their wedding.

Then they are suddenly expected to magically perform a great job as a husband and a father? Roles that they were never really prepared for? Men aren’t beasts; we just need more attention and guidance especially during the formative years of our lives.

His wife to be on the other hand has been relentlessly bombarded with advice like “close your legs,” “learn to cook,” “don’t stay out late,” “you are a lady, you will get married someday.” You hardly hear boys getting advised, even in their foolish teenage years, to return home early, to express how they feel, verbally show appreciation, be patient and listen because he will someday become a husband and father. Its almost as if it’s a taboo to say such.

The consequence, however, is that he begins to struggle with breaking these habits at a time he should have attained mastery of beneficial ones. (I humbly call on all mothers reading this, to please teach your sons these virtues with seriousness because every male child listens to his mother.)

Many brothers out there have lost good relationships either because of violence and carelessness or the absence of self-expression. The truth is that most of the issues men have are rooted in the need to appear strong, significant and needed. This is where direction is needed. Young men are in dire need of mentoring, especially in the 21st century.

We live in a time where the age-long idea of masculinity is fast becoming dysfunctional. The idea that as a man all you need to do is to hustle hard, make money and the rest takes care of itself; that money solves other areas of our lives that we leave fallow. We strongly need to teach young boys that this is false.

The idea that as a married man, all you need to do to guarantee a solid household is make money and provide shelter for the family, and your children will be so close to you, your wife satisfied, is gone.

These days, you meet a lady, she works as hard as you do or even more. She earns as much as you earn, or even more. She doesn’t need your money. She can take your money if you give her, but she is not helpless without it. My brother, you will be in trouble if your idea of what it means to be a man, is only rooted in having money. That era has passed.

That woman will want more from you, emotionally, psychologically and physically. So many young men have not been prepared for all of these because, of course, our fathers and grandfathers didn’t have the time. Their wives solely depended on them for almost everything. So the question remains, how do you maintain your significance as a man in such a time as this?

This is why I strongly recommend mentorship programmes for young men. Events, formal and informal, where young men can listen, talk to and learn from older men who will open up to and mentor them in this reality of being a man, especially in this 21st century.

Anyone reading this who shares this same view and desires to see this huge societal change which can also be the beginning of the end of every form of domestic violence, please follow @bettermaninitiativeafrica

We will keep you informed of all our upcoming programs and activities. We need this. Africa needs this.

Serial Entrepreneur Akinwande Durojaye of JustBrandIt is our #BellaNaijaMCM this Week!

My name is Adiel Desmond. I am young lawyer who has a burden and a vision for the young men of Africa. This is vision was borne out of an undying need to build stronger men in our societies who would lead and direct the families and the society at large in the right direction