Michael Afenfia: The Winners & Losers of the August 7 Political Drama in Nigeria 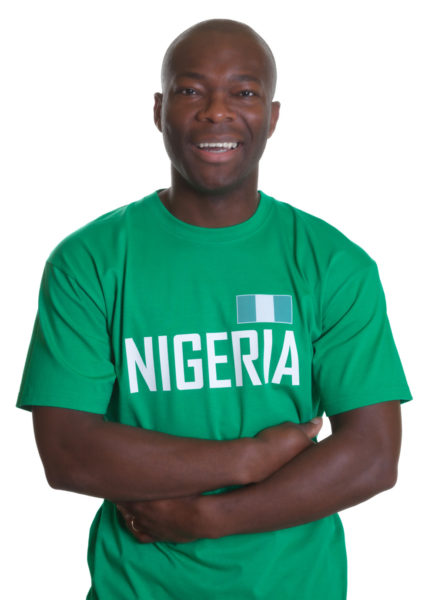 Nigerians woke up on the morning of Tuesday, August 7 2018 to a rude shock. Our democracy was under attack. Masked men of the Department of State Services (DSS) had taken over the National Assembly, preventing staff and people with legitimate business to conduct in the premises, including accredited journalists, from accessing the grounds and buildings housing the legislative arm of government.

When the first images and visuals emerged on social media, it was bad.  It was a sad affirmation of our slow but steady descent into a police state, since we made the retired General our president in 2015. It portrayed a country where the rule of law had been thrown into the garbage bin; this is all in a bid to satisfy one man’s quest for power, and his desperation to hold on to a seat he is clearly not prepared for, nor has the temperament to remain in.

The drama unfolded from about 7am to almost late lunchtime when the news of the sack of Lawal Daura as Director General of the DSS broke. There was news of the shameful retreat of the men that did his bidding and it was clear that another day of musical chairs had left the winners rejoicing and those that lost in shame and disgrace.

Without further ado, these are my top winners and losers, in no particular order.

Nigerian Democracy
The resistance put up by ordinary and not-so-ordinary Nigerians who immediately began different hastags on social media ensured that the attention of the world was drawn to what was happening in Abuja. There were also those who rushed to the scene of the mischief to prevent the DSS operatives from going beyond just blocking the entrance. The physical presence of lawmakers and members of civil society groups was timely.  Who knows what would have happened if they had all stayed away, out of fear for their lives and safety?

Without going into the specifics of who started what and who didn’t; and who wanted to achieve what, Nigerian democracy triumphed in the end. The message for our leaders (and particularly those in the executive arm that have the power of command and control over the military) and other security agencies was clear – real power belongs to the people.

APC
The ruling APC emerged this week as dictatorial and disdainful of the simple tenets of democratic principles and practices. They may deny it all they want, but Nigerians are not fooled. The attack on our institutions now seems unending. First they came for the judiciary, now the senate; who knows who or what institution is next?

Muhammadu Buhari
The shambolic show of brute force and naked power has reminded Nigerians once again that our retired General can wear all the babariga in the world, but in his mind he is still a soldier comfortable only in a dictatorship where he is law giver, law enforcer and law interpreter.

Hon. Boma Goodhead
This fearless Amazon and sibling to Alhaji Asari Dokubo, representing Rivers state in the house of reps, was seen in a viral video calling out the president of the country, Muhammadu Buhari. She openly confronted and challenged the masked men that barricaded the gate to the hallowed chambers. At this point, it really doesn’t matter much to me whose interest she was there to protect; she did the right thing. She did a very brave thing and I’m sure she has captured the hearts of many who would be looking out for her,  as the battle for Aso Rock intensifies.

Acting President Yemi Osinbajo
Again, I don’t know who was calling the shots or what script was being played, but I must commend him for putting his name on the pronouncement sacking a kinsman to the strong man of Daura. The acting President read the mood and acted like a democrat. His action surprised a lot of people and made Nigerians happy. People now wish that even more sacks are on the line.

Senate President, Bukola Saraki
Again, the Jack Bauer of Nigerian politics prevailed. This is not to praise or extol him in anyway, but the senator and former governor of Kwara state once more got one up over his opponents and detractors. One can only imagine the frustration in the camp of his detractors and the opposition. There is no doubt that the senate president is like the proverbial cat with nine lives. What we do not know is how long his luck would hold.

Department of State Services and Lawal Daura
The DSS came out of the botched attempt to overthrow the Senate leadership probably as the most hit by the scandal. Its credibility suffered a huge blow it would take a long time for the service and its operatives to recover.  So devastating was the blow that the man at the helm of affairs was asked to go, for authorising the hostile takeover. Mostly unmentioned is the fact that our security apparatus was exposed and ridiculed to the world.

Daura’s disgraceful exit led to the appointment of Matthew Seiyefa as acting DG. Perhaps it is safe to say that Seiyefa is one of the biggest beneficiaries of 7/8. One man woke up unknown and ended the day as DG of the foremost security agency in the country. The other woke up as DG and ended the day either in detention, hiding – or is it house arrest? This clearly is a case of one man’s misfortune resulting in fortune for another.