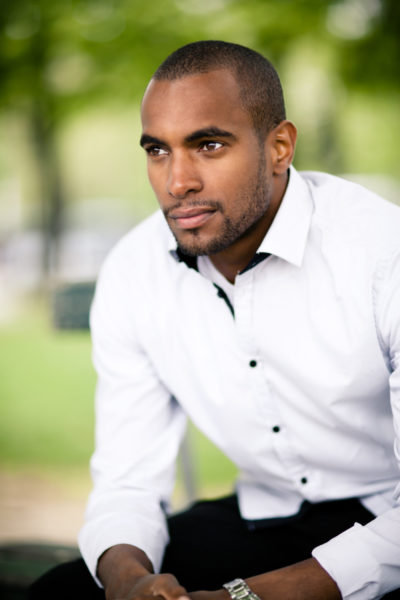 As children, there are certain childhood habits that we pick up, either from family, from friends; sometime even frame on our own. Most of these habits, (while weird) made a lot of sense to us at the time.  Our parents probably spent so much time dissuading us from them. However, while we are comfortable with those habits as children, and we never imagined they would last, we find ourselves still practising them in our adult life. These childhood habits, which as adults we are no longer proud of as most are no longer valuable or commendable, stick with us like super glue and just won’t go away no matter how much we try.

We spoke to some Nigerians who have this struggle and asked them to share some of these habits that have followed then into adulthood. Here are the common childhood habits they admit to still having:

Squatting to take a bath
Do you still squat to take a bath? As a child, chances are you had to take your bath in a mini tub and you would be asked to squat in it, to avoid water splashing around. While it made sense as a little child, it certain is a weird look as an adult. Chika, 36, shared the moment he realized this habit was one he needed to drop as an adult: “I remember, the first time my girlfriend walked in on me in the bathroom (laughs). She might have as well seen a ghost. She asked me: “wtf are you squatting to take a bath?” and I had no answer really. I had been doing it my whole life and for the first time I was so embarrassed. When I try to stand and take a bath, it just does not feel right. I am not comfortable. I don’t know how to break the habit for real.”

Biting nails / inside of mouth
Biting the nails or inside of the mouth might be ways some adults cope with anxiety, but how do they learn this behaviour? According to Bisola, 31: “As a child, I sucked my finger till about the age of 7. At that time people where already laughing at me. And I recall my big sister always insulting me that I smelled like dry spit because of my fingers. It was when the finger got filled with puss and they had to take me to the hospital to lance the boil that I was forced to stop sucking my fingers. To cope with the loss, I started to bite the insides of my mouth. Strangely, the occasional taste of blood was comforting.  Till today I bite the insides of my mouth. If you look inside my mouth, it is not a pretty sight.”  Nkechi another person we spoke to added: “As a child I always bit my fingers. I don’t know why I did it, but it was a habit my mother always frowned upon, telling me it was an ugly thing to do and no man will marry me if I continue to bite my hand. Sha, I am happy to say that I am married today… and I still bite my nails (laughs).”

Dipping bread inside the tea
Many children born in the 80s and 90s probably had this habit of dipping slices of bread in their tea when pairing the two as a meal, but how many of them took it into adulthood? Ose, one of those who can’t seem to let the habit go said: “There is a certain joy that comes with sucking the tea out of the bread or having the tea just fill your mouth when you chew on the soft bread. I can’t imagine not dipping my bread in thick tea when if that is what I am having for breakfast. It is how I was raised. In fact, even when I am eating bread with Coke or Fanta, I like to soak it in the drink. It is just tastier that way. All those who pretend they do not do it anymore do it in their secret place. It is the Nigerian way.”

Licking the packaging/lid of sweets and sticky snacks
What do you do when you unwrap sweets or tear open the cover of sticky snacks or yoghurts, ice creams and other creamy substances? Do you lick them clean? Well, how long have you been doing that? Maybe you do it even in public, or restrict such habits behind closed doors, but point is…it is a habit you have practiced for as long as you can tell. It is a common childhood habit you pick up from childhood. Here’s what Ochuko says: “Maybe it is because we grew up poor, I don’t know. But…nothing goes to waste. You will lick your plate after eating, and if it is ice cream…hello…you will the nylon and suck the life out of now. Also, Bournvita and milk or yoghurt…once you pill it open, you will like the cover first now.”

Using certain baby words like wee-wee and sausage
As children, we use certain code names for words we believe we are not supposed to say, but then, somehow we end up still using those words as adults. Not that we cannot say the correct word, but it just seems easier to say the ones we have been using since we were children. Ugochi says: “For some reason, I still can’t refer to the penis as penis, I call it “sausage” because my mother referred to it as sausage when she advised me as a child to be aware of people trying to show me or put theirs inside my wee-wee. And yes, I refer to the vagina as wee-wee. (laughs) Actually I feel stupid just saying those words now. I am a 30-year-old woman. I am married with a child on the way. What is wrong with me?” Uche is another person who uses the words “wee-wee”: “I always still say that I want to wee-wee when I want to use the bathroom. I have never really thought about it before now because people just seem to understand what I am trying to say.”

What are the habits you picked up as a child and still cannot let go as an adult? Share with us!

The Daily Vulnerable by Chude Jideonwo: “I am Annoyed”