Talking Law With Ivie Omoregie: Whilst We Suffer, Our Leaders Continue their Political Prostitution 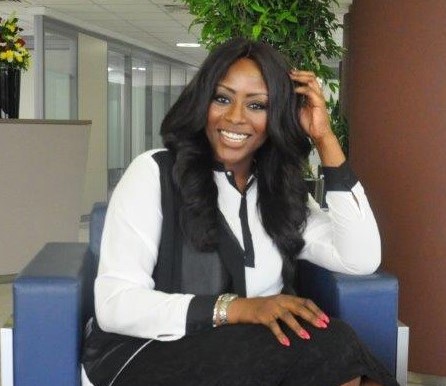 As we all know the 2019 Nigeria Presidential Elections are scheduled to hold on the 16th February 2019. In light of this, we have seen a lot of “Political Prostitution” going on.

Having been raised in the UK, I never knew it was possible, nor have I seen a group of politicians who are so willing, to decamp parties at the slightest whim. Unfortunately this is the reality we have been facing with the Nigerian Political scene.

Here, it is not common for a politician to have been linked to (or in some cases at the forefront of) numerous political parties during the lifetime of his or her political career.

To me this is alarming and this article aims to discuss the concept of Political Identity and Political Prostitution.

In western jurisdictions, like religion, most people will be members of a single political party for the entirety of their lives, and most people’s political standing will be molded by their upbringing and their family values.

Generally there are 4 categories of political parties, these are

In these jurisdictions you will often find that most political parties would have been in existence for a significant number of years and would have fallen within one of the above categories.

What is Political Identity?
Political identity or Identiterian Politics or Political “Lifestyle”, refers to political positions based on the interests and perspectives of social groups with which people identify. There is a general belief that the average persons political standing is founded by the identity they may have formed from the political opinions, and interests of the loosely connected social organizations to which they may be involved with. These could be social organizations based on race, ethnicity, gender identity, nationality, sexual orientation, religion or culture.

The term, political identity, steams mainly from minority groups, and is formed when a class of persons becomes conscious of itself. It is a class identity which in turn shapes the other aspects of this minority class’ life. They are able to come together to further strengthen their group’s social standing by ensuring their candidates are elected into public office.

Having a political identity is supposed to prescribe, constitute and define certain ways of understanding and interpreting situations as well as performing actions. Generally, having an identity helps in defining a universe of meanings; identities serve basic needs in a citizen’s political orientation.

Thus where you have a politician who is willing to align his or her personal ethos and social standing based on what he or she perceives can be gained from a particular party, this person may be deemed as being a Political Prostitute.

In Nigeria, we have seen numerous instances where a politician has decamped from one party to another based on their belief that the party will be their surest way of attaining a political appointment. We have also seen instances where a politician is encouraged to decamp with persuasive threats of EFCC investigation/asset forfeiture – both of which will equate to exchanging their political standing for personal favor.

PDP vs. APC vs. R-APC = WTH
Unfortunately having lived and worked in Nigeria for the last decade, I am yet to decipher which of the above four categories our leading parties fall under.

Initially when APC was first formed I had the belief that members of the party were strictly “against corruption” and truly wanted a “change”. When speaking to people who were for PDP during the last election, there was a sense of disgust at the back of my mind, as to me PDP meant “misappropriation of public funds for personal gain”.

As you can imagine, right now I am simply confused and not sure what to think of any of our political parties. I have simply lost track of the cross carpeting and I am now merely observing.

Although I must acknowledge that not all political decampers have done so for personal gain. Unfortunately when viewed strictly, politicians who have a history of decamping and cross carpeting from one political party to another cannot be called any thing other than a Political Prostitute. The harsh truth is that, it is mainly done for financial gain or to increase their social standing.

Aside from those who present an image as being against corruption and for the masses, I cannot ascertain which of the four categories our leading politicians fall into. To me Nigerian politicians have truly made a mockery of politics and democratic rule.

Someone recently asked me what I think should be done to change the way the country is currently being managed, and my honest opinion was that we should be given back to the British to serve as a colony of their empire. The harsh truth is, in our current state, the average Nigerian will continue to suffer whilst our leaders are seemingly playing musical chairs.