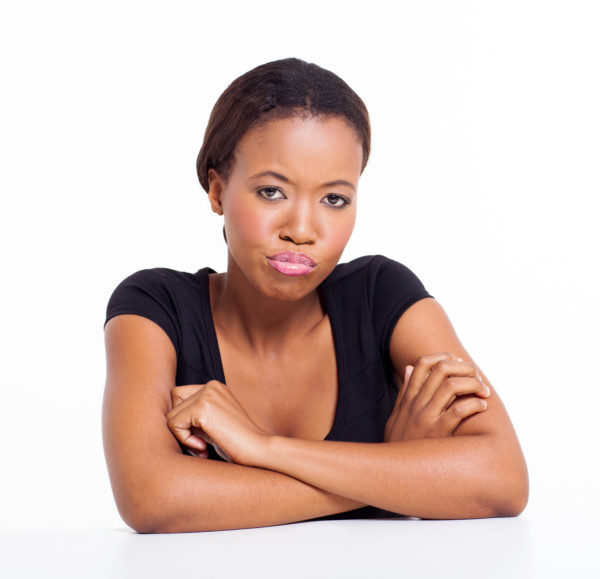 Have you said these prayers recently: “In nine months’ time…”, “This time next year…”, “Ti e naa a de laipe (yours too will come shortly)”? Have you ever asked your friend, niece, daughter or daughter-in-law these questions: “How far? Are you pregnant?” “Has any man showed up?”

I’m sorry to break it to you dear brothers and sisters that you are part of the problem.

This is not to say you don’t mean well, but rather to say prayers, well wishes and genuine concerns, as innocent as these may seem, can be pressures. After all, the road to hell is paved with good intentions.

Every society has its norms and expectations, which are often not written in fine prints, but have been the standard for measuring success for many generations. These expectations vary based on a myriad of factors including age, gender, religion, culture, etc., resulting in varying degrees of pressure, some stemming from genuine concerns (albeit misguided), others, not so innocent. Unfortunately, these pressures have scarred many, and have caused more heartache than joy.

It beats me every time I reflect on the childhood lessons our society taught us, on being at peace with ourselves and our status, and then witness the same society turn around to tell us it’s not okay to have some peace because we haven’t met certain expectations. “Don’t base your race on another man’s race,” “God’s time is the best,” they said, but when the expected time for us to be married is at hand and we aren’t, then something must be wrong. Yet, we were told everyone has their own “clock.”

The pressure to be married is much worse for women, especially in our society. These pressures increase exponentially with age, after all “the woman is like a flower that blooms one day and withers the next.”

Marriage-related pressures include the pressure to marry, remain married and raise children. Concerned relatives begin to ask questions and mount pressure on a woman when she is deemed to be of a marriageable age, causing many women to marry wrongly. They have panic attacks on her behalf and conversations hover around the subject as if that’s all that matters. They preach, teach and match-make her with anybody and if she thinks he is not right for her, then she is “unserious and picky.” More often than not, she becomes the prayer point at religious gatherings and family alters.

And the pressure to bear children. On the wedding day, the popular prayer is that in nine months she would have a child. Yes, these are well wishes, but the ignorant assumption that the couple wants to start having children immediately after the wedding has never ceased to baffle me. What if the woman genuinely has fears concerning child-bearing? What if she doesn’t want to bear children? What if she truly has some challenges in getting pregnant?

Several women have been subjected to “womb watchers” who stare at women’s midsections to see if there is a bulge. Status updates on social media where women look beautiful and are glowing are immediately interpreted as the “pregnancy glow.” Social media has made it worse as people throw jabs at women for not bearing children when they think they should have, thereby hurting and mounting more pressure on them.

These pressures are stressors and have caused much more harm than good. Besides causing and increasing depression, societal pressures could result in serious health risks like increased blood pressure, migraine, weakened immune system, insomnia and increased difficulty in getting pregnant due to fluctuating hormones amongst others.

So, when next you attend a wedding, pray that the couple have children when they so desire. The next time you call or visit your unmarried aunt, sister, neighbor or friend, don’t focus your discussion on what she has not “achieved,” rather, focus on the abundant blessings she’s been showered with. Ask about her goals, her dreams and what steps she is taking to achieve them.

Ask about her challenges and give your opinion on how she could overcome them. Connect her with those you think could be of help to her. Inquire about what she does in her spare time and make suggestions on activities she might enjoy. If you must touch the subject of her unmarried status, then ask her first if it’s ok to speak on the subject. Let her ask you for help in finding a man before you provide your advice on how to “hook” a member of the ‘Sweet Boys Association’ or their older fellows. Seek her permission to match-make her with an eligible man and if she isn’t interested, please drop it. This way, we would be reducing societal pressures to have a “perfect life” and doing more good to those we love.

Adefolake Adekola: Overpopulation is a Serious Problem in Lagos

Ikeoluwa Oyewole-Akanfe is an Organizational Development Specialist. She is an avid writer who is passionate about addressing issues affecting girls and women in the society.