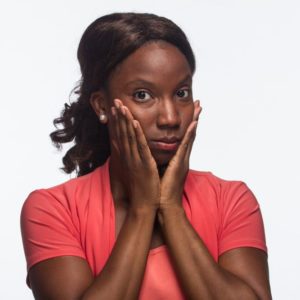 My siblings ran home every day from school. It was at no time a competition, they just loved to run. They would run home giggling in oversized uniforms and exhausted leather sandals. The uniforms were fresh, hence the vastness. Mama had specifically asked the tailor to leave space, which they would fill in the coming years.

My siblings, Nebolisa and Kanayochukwu were twins and were born seventeen years and a day after my birth. After Papa’s Mama called Mama a witch and accused her of eating Papa’s other children, leaving one-not just one, but a girl as a matter of fact. They came after a group of women at the market called Mama amoosu. After Mama’s black virgin hair turned silver, after Mama took all the blame for their late coming as though she made children.

Indeed, they came late, but they were fine. Really fine. They had brown skin the shade of the sand that filled the road to the stream and thick dense hair that grew the way our cassava grew after Papa applied cow shit on them. They were beautiful and very happy girls.

In the evenings they would visit their friends, most of whom were neighbors. They would talk about other children; children whose pot s cracked on the way from the stream, who begged for akara and sweets in class, and who recited the timetable correctly.

They attended the only primary school in the village, founded and funded by the Catholic Church. The school was in every way capable of training over one hundred and twenty students, so we were thankful to the church for this. I didn’t attend Mary’s Revival School. I had to walk to Ogutam every day and Ogutam was over 69 kilometers away from my village. My sisters were happy at Mary’s but I had one concern: Father Reuben.

Father Reuben was a lanky young priest who served the holy communion during mass and taught my siblings how to use pronouns in class. He looked calm. He was calm and the villagers loved him. When he walked through the village in his flowing white gown, he broke into hymns after greeting the elders and say a prayer for the little children. Times when I ran into him, I just stared and he would stare back. After a minute of awkward silence, he would break into a hymn and walk on. Then I would turn around and continue to stare until the silhouette of his flowing white gown merged with the greens of the village.

Father Reuben used to be just Unku Reuben to me, fifteen years ago until he left for seminary school. He had just finished his secondary school leaving exams and offered free lessons to the children in the village. After school, we would gather on a mat in front of the house he shared with his parents while his lanky frame fell over the miniature chalkboard.

I always topped the class so he always used me as an example to other children. He would mark my works first and use it to score others. Ten-year-old me received this honor well and was determined to make it last by always topping the class. Until that day. That day he called me into his room after everyone had left and said: “Put it in your mouth.”

Calm-would-never-hurt-a-fly Unku Reuben with no clothes on summoning me to come closer and put it in my mouth. I did move closer. I did put it in my mouth. Not once. Not twice. On so many occasions that I cannot count. It continued until he left for seminary school and fifteen years after, he was back. Still calm but more graceful.

He may have broken into hymns and said prayers for the entire village, but the memories remained. The entire village saw a stainless man in a flowing white gown but I saw the man behind the dress. I saw the man who got me on my knees at ten and asked me to put it in my mouth over and over again.

While bathing my sisters, I would look at their brown skin and wonder if the white liquid he poured into my mouth has ever stained them, this rich brown skin of theirs. When I combed their hair, I wondered if he had ever pulled these thick mass of hair the way he pulled mine while groaning over me. When I dressed them up, I wondered if their innocent eyes had peered into his calm eyes the way mine did when he said, “If you tell anyone, you will go to hell fire.”

This was why the day Nebolisa ran into the house with a full mouth, making gestures to be handed her toothbrush, I went into the room, changed into a dress, and marched straight to the church. I met him praying, head bent over the altar of the Virgin Mary. I called him by his name and he turned around. He searched my face for answers and without shedding a tear and with so much grief in my heart, I told him how I have always wanted to get back at him. How I have always wanted to punish him for making my childhood miserable and how much I wanted to chop his penis into tiny bits and hear him groan again, in pain this time.

He blinked repeatedly, slowly moved away from me and ran out of the church. I took his place in front of Virgin Mary and prayed for forgiveness. For sins committed and yet to be committed.

Fifty-six days later, the twins came home and said Father Reuben was found dead lying naked in his room, his organs mutilated. I pulled them close in a warm embrace and broke into a hymn:

“I will sing my song of victory. Alleluia. Vict’ry over sinful habits. Alleluia.”

Funmilola Ogunseye: Why Do Traders in Yaba Market Have To Touch Women?

Your Better Self with Akanna: Life or Death? You Choose

Gloria is a graduate of the Nigerian Institute Of Journalism. A budding entrepreneur with interests in the media industry, she runs The RD agency; a writing agency that provides editorial services to individuals and firms nationwide. She can reached via [email protected]