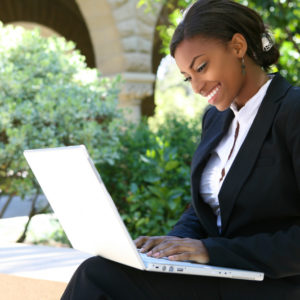 It is often said that looking for a job is a full-time job, and if you’re in doubt there are statistics to prove it. According to the Bureau of Labour Statistics, the average job search takes around 13 weeks – that’s 3 months and a week. The experts at Standout CV estimate that you get one interview for every 27 job applications made.

Yes. That’s how much time it takes and how tough it is.

Often times, after we’ve taken all the advice on CV etiquette and perfected our interviewing skills, it’s difficult to understand why the job offer isn’t in our mailbox yet. It’s even more frustrating when the recruiting agencies or companies fail to provide any feedback (positive or negative) and keep your application status on review for months.

There’s so much that goes on in the recruitment process that is most times beyond our control, and I’ll attempt to discuss some of the reasons you’re not getting hired. This is to remind you to keep putting your best foot forward, no matter how long it appears to be taking. As Maya Angelou said You may not control all the events that happen to you, but you can decide not to be reduced by them.

They’re just not that into you yet. Think about it this way, every time you go to the grocery store you go straight for your favourite brand(s) and probably have an order of ranking if your favourite brand isn’t available. This routine is regardless of the alternative brands, which are sometimes equally good or even better, or perhaps a more economical choice, but are for reasons such as loyalty, reputation or perception.

A similar thing applies sometimes in the recruitment process, whether it has to do with the company only recruiting individuals from a certain list of schools or people who have previously worked for the multinationals and reputable firms, e.g, the ‘Big 4.’ These stereotypes exist and may even get worse with the introduction of artificial intelligence, where your CV is initially screened using software that matches the keywords recruiters are looking for. PS: This is where networking is important. It can get your CV into the right hands, as in a human being’s hand, not a machine!

But remember: Your value doesn’t decrease based on someone’s inability to see it. – Anonymous

The company is not as prepared to hire as you are to start. I’ve come to realise that a company putting up job adverts doesn’t necessarily mean they’re ready to hire immediately. It could sometimes be in anticipation for an upcoming project, yet to be approved (key word being yet) or a particular team looking to expand but yet to get budget approval for this. Another reason could be that the company or team is going through some restructuring. Hence, the recruitment process could take anywhere from 2 weeks to 2 months to get a decision about the outcome of your interview(s). Annoying, I know, because the wait after an interview is one of the most difficult aspects.

But remember: The best preparation for tomorrow is doing your best today. – H. Jackson Brown

Remember: Success is going from failure to failure without losing your enthusiasm. – Winston Churchill.

I hope this encourages or helps you to encourage someone and feel free to share your job hunting experiences.

#LiterallyWhatsHot: Godman Akinlabi’s New Book, is the Perfect Relationship Handbook For the Single and Married

Young Inspired & Professional (YIP) is an initiative based on the Sustainable Development Goal 4 (SDG 4) on Quality Education by 2030. Our key focus is on building ‘relevant skills for decent work and Education for sustainable development and global citizenship’.