Nafisa Atiku: Young People Are Taking Responsibility for the Future 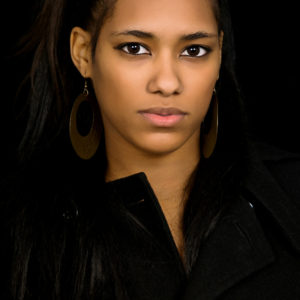 The crisis generation is a term which succinctly describes our generation at this point in time. With a lot of societal issues such as job unavailability, insecurity, environmental degradation, sexual violence and raising living standards, we seem to be confronted by a myriad of problems that demand we solve them.
However, history recognises the people who strove to better their society with their potential and not just simply allowed life to happen to them. It is pertinent to realise that the young people of this generation are the ones who will drive strategic, positive social change. It is dependent on us to change our society, speak out against wrongs and stand in unity for the betterment of our society and the generations coming after us, especially in the time of crisis.

We are a generation confronted with so much, but we are the generation that will accomplish the most.
If there’s anything the past has taught us, the government will not solve our problems, to be honest half of the time they’re either creating more problems or plainly just not solving anything. The government in Nigeria has to be the worst employee in the world and definently needs to be fired. Neither are outsiders going to solve our problems for us. We must build our country ourselves, solve our problems ourselves.
However, over the past few years, we have seen an uprising of young people who have taken responsibility for their communities and against incredible odds, created innovative solutions to serve their communities and are leveraging on technology to do it.

A few months ago I discovered a podcast called ‘The Clime‘ by Toyosi Bakare. It was created to educate people on environmental issues. Knowledge is key to action.

There is a film titled ‘Mercy’, directed and produced by Leonard Chukwuleta, which preaches against the vices of teen pregnancy. The movie was shot during his NYSC period and we all know financially challenging that period usually is. The short film is officially going to premiere on the 11th of October at the United Nations Information Centre in honour of the International Day of the Girl Child. A hundred teenage girls are going to benefit from this at the premiere.

There’s EarthPlus, an environmental non profit created by Caleb Adebayo in his final year in university. They recently did an environmental clean up in about three different states on independence day.

So many young people are beginning to take responsibility and solve the problems our society faces.
To be honest, we are a country, not to talk of a continent bedevilled with many problems, but the future is ours for the taking. Let history remember us as the generation that changed our world for the better.

When I was young, I used to watch a lot of Marvel movies and absolutely adored the comics. The heroes might be a character out of another person’s imagination but they bear real significance in our daily lives. The heroes we need today are not going to come out from another continent or fall down from the heavens to solve our problems. We are our heroes. Lupita Nyongo during a recent TV interview when she was younger, her mother always looked for female superhero action figures to buy for her, and never found. Now she’s a superhero to many young girls among the globe. She is a symbol of a strong, inspiring woman changing the world.

Never doubt as a young person that you can make a change that matters.  There is no better time to start but now.