Otolorin Olabode: Wobey Sound Is Gradually Fading Away, But What Will Happen To Slimcase? 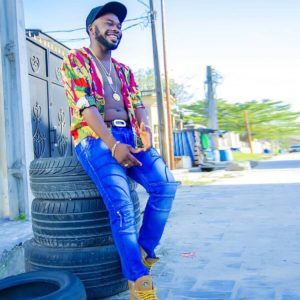 Slimcase was one of the major artistes who harnessed the wobey sound to his advantage this year. With the beat banging out loud, infused with ingredients of street music, the wobey sound created a template for Slimcase to thrive on, vibe to and create corresponding lyrics that will accompany the beat. This in turn ushered in the Shaku Shaku dance which is the routine dance style created with the wobey sound template.

From September 2017 till mid 2018, it reigned heavily in the music industry as the Pon Pon sound gradually faded away. The wobey sound was the new cool and refusing to obey its rules meant one thing – relegation. It became strange to the heavyweights who had been accustomed to afrobeats and the Pon Pon sounds. Producers had to abandon their current works and buy an operational manual about the wobey sound. The fans wanted groovy beats and in turn songs that would make them exhibit the Shaku Shaku dance.

December was around the corner, the suffering was getting too much and they needed feel good music to make them forget every bad energy vibes. For artistes to gain mastery of the trend, they had to seek counsel from the originators, people who introduced the wave, they had to associate with the wobey sound guys. Any song with these guys was sure to be a banger. If it was done beautifully, it would be conveyed to the elites, turn out to a viral hit and in a unique way, that song could lit up the whole music industry.

Slimcase, Idowest and Mr Real were the big players. Everyone rushed to them for a collaboration and songs like Omawunmi‘s Malowa, Dj Xclusive‘s Shempe, Danny Young‘s Big Alhaji(Remix), Dbanj‘s Isaa Banger and a lot more featured these guys.

By February, the whole industry was about this wave and the big players were riding heavily on it. Not conforming to the wobey sound meant your song would become a sleeper hit. Idowest was quickly snapped up by Davido who noticed he could become a cash cow with his street sound and could in a few years, turn into a king of the streets.

However, the year is approaching its end, the wobey sound seems to be approaching its own end too. The dust is clearing and we now have a level playing field with the industry retreating to its fundamentals. Afrobeats seems to have regained prominence alongside the alternative and club banging sounds we’ve been accustomed to, but what will be the major fate of the major influencers of the wobey sound?

Back to the streets?