Eziaha Bolaji-Olojo: They Will Need Your Permission First 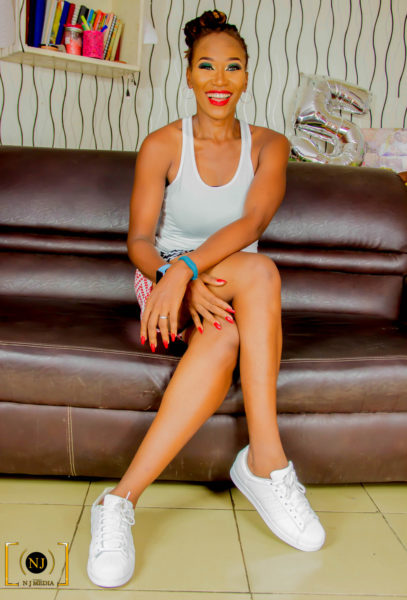 It happened to me again recently, and as I told my husband, he was like, “Are you sure you are not just imagining things?”

Okay, so what exactly am I on about?

Disrespect. It’s low-key and understated, but most stay-at-home moms will understand this in a very personal way. People who know or don’t know you beyond your role as a stay-at-home mom, and then treat you disrespectfully.

This guy had come home to fix the generator on my husband’s orders and it was interesting to see how he was low-key disrespectful as he spoke to me, since I appeared to him as this woman who just sat at home doing nothing. The other time, it was an electrician who had done some work, and had a few things pending that would cost under ₦2000. He looked at me and said he knew I wouldn’t have the money, so when “Daddy” comes back, I should tell him.

Or was it that time a neighbor told me that she wondered why I wouldn’t just take care of my kid instead of sending him off to daycare while I sat at home doing nothing. Or that older aunty who wondered why I needed a househelp when I was at home 24/7 and so could do all the work.

I have even seen women who work outside the home be disrespectful toward me just because they know I didn’t, like them, have a regular job. They didn’t even know much about me, but they pretty much had their conclusions.

I can even tell you that I have seen close family members on both sides be disrespectful to me as a stay-at-home mom. Several scenarios, my sister, and you may be wondering, at this point, if they hurt? Frankly, no. At least, not anymore.

Maybe about two years ago, a few of these disrespectful scenarios hurt me, and I tried to explain myself. I tried to prove that what I did at home, taking care of my family, mattered even if it didn’t bring money. I even dropped the fact that I had a whole job with the United Nations which I left to be a full-time mommy, while also mentioning that I did graduate with a first-class degree and was the best graduating student. Thinking back now, it is hilarious how I tried so hard to prove myself to a bunch of persons who really didn’t deserve it. Then I got wiser. Matter of fact, I don’t even try to justify or explain anything anymore, I just let them believe what they must. Last last, everyone will be alright.

And no, I didn’t become more confident and less concerned about others opinion after I started my at-home business. Nah. It started way before that. I came to the realization that this stay-at-home mom gig is a whole job on its own. I wasn’t spending my hours watching Telemundo back to back. Instead, I was being very purposeful and strategic about my hours and time at home as a mom, wife, and homemaker, while I also heavily invested in myself through various personal development programs. My at-home business was borne from all that self-investment, so should I have cause to shut down any income-bringing business of mine, I would still not worry about what anyone else thinks.

I have also learned to pick my battles. Some battles are not worth my fight. Now, don’t get me wrong, some kinds of disrespect should always be checked, and I have no issues shutting anyone down if I find you are crossing the line, but if someone was in my home for a few hours only and formed an opinion, I’m sorry I won’t make it my life ambition to change it. Plus, some people are actually spoiling for a fight, looking for what you will say so they will tell you how you need to find something productive to do and stop eating your husband’s money anyhow. No, you can’t stoop to that level.

You see, this thing about disrespect, anyone can give it, but I reserve my right to accept it or not. For me to feel disrespected or belittled by anyone’s words or actions, I would need to first grant them permission. But I don’t care to, and neither should you. It is a new year, and, sorry, permission denied. Joy and peace, intact.

The fact remains that some people will never value the work that a woman does sacrificially within the home, no matter what you say or how confident you appear. You just have to be okay with that, and keep rocking an epic stay-at-home mom life. And don’t even try to do anything to show them or get back at anyone. It is a new year and as wise women, we will not spend our energies getting back at anyone.

Keep the garden of your heart pure and continue to tend that beautiful garden that is your home till it flourishes to a point that you don’t even need to say a word anymore. Like they say in the law, Res Ipsa Loquitur – the thing will speak for itself.

And hey, if you are one of those who treat stay-at-home moms with low-key or blatant disrespect, just stop. At every level of humanity, we all deserve respect.

#PVCitizen: It’s Time to Pick Up Your PVC