AnuOluwapo Adelakun: A Simple Guide to Voting for the Nigerian Woman 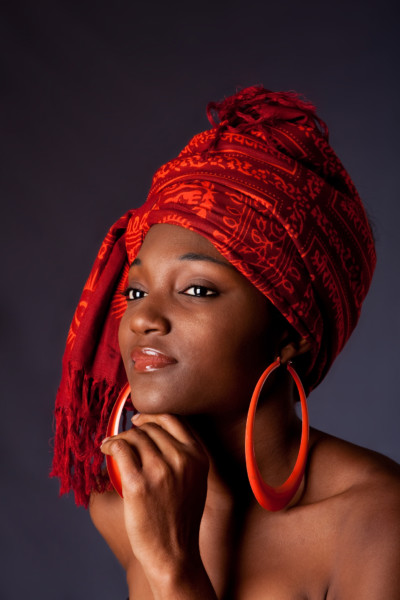 What do we do about this stubborn child called Nigeria?

You see this thing they call public opinion, it’s not a privilege reserved for specific people. Maybe we have remained willfully ignorant of it, in the silently combative manner in which one dismisses with the wave of one’s hand a singing mosquito because to kill it would be to give oneself a dirty slap. Maybe we have kept silent because we are lone voices and what difference can a lone voice in the noisy market make? Maybe it’s because we have spoken, screamed, chanted, protested but have been ignored.

Perhaps we need to remind ourselves that when we remain silent when our voices and fingerprints matter, what we have are decisions that end up like tomato-less jollof rice: incomplete and unreliable.

As the 2019 elections creep up on us, I thought it important that we have this very important talk.

Thank you for getting your PVC, you have earned your place at this table. Your PVC is a really powerful tool for nation building. Your ability to show up and vote is the icing on the cake. It is all too important that your PVC and your appearance at your voting center co-exist at this time.

However, I make no assumption that this is the case. So I ask, Will you vote? How do you plan to vote?

To answer the first question: To not vote is to be absent from the meeting where your future will be decided. You will endure what others think you might enjoy, but more importantly, suffer in a great measure what you didn’t realize would come upon you. So, will you vote?

To the how. It is really not mine or anyone’s business who you choose to vote for, but how you come to your final choice is of utmost importance. The crux of this entire epistle is your how. I do not claim to know it all but I have given this some generous consideration and this could be a formidable guide to arriving at your how.

I’m aware of the funny assumption that political ideologies are somewhat sexually transmitted or run through bloodlines in our society, just like many other things. But a man, for instance, who antagonizes his wife for choosing to stand with a political party or candidate other than his choice is a problem. You are first a human being before you are his wife.

I once discussed this with a friend and it led us to the Biblical Amos 3:3 debate – Can two people work together unless they agree? He argued with me that it would present a home divided against itself. He raised some interesting points that got me thinking. However, I came to my own conclusion that political ideologies are just like many other ideologies that lubricate the engine of every society, beginning from the family unit. Some like it hot, some like it cold, some like it in the pot nine days old. I can’t imagine that in our secret ballot system any husband would be allowed by the voting officials to look over his wife’s shoulder while she votes. Choose who you prefer.

Beware of those people who claim to be for women but are actually against women
I call them the ‘Feminist Wolves.’ They claim to be committed to women’s rights and our advancement yet they kick out a bill which will help many Nigerian women inherit properties and give widows reasonable custody of their children. When you ask them what they would do for women, they do not have sound, in-depth plans. They say they will help our daughters get back to school yet they marry them underage. They claim to be progressive yet do nothing about traditional practices which harm our women. Then when it’s time to vote, they say they are for us. They line up industrial grinding machines and sewing machines, give our girls brushes and eyeshadow palettes, decorate our aunties with aprons and trays of meat pies and say they have empowered us economically. In a world where women are leading startups, populating boards of companies, visibly participating in legislation and becoming presidents, they are serving us mediocrity on the steady. Men and women alike. Beware of them.

Vote for actionable plans not charisma
Don’t applaud grammar, look closely at the plans and policies which candidates want to execute. Don’t get carried away by charm, accolades or even charisma, focus on the content and ideologies of candidates. Unfortunately, we will suffer from bad leadership. No one can escape it. How? For instance, Corruption is an inevitable lovechild of bad governance. The experience of women with corruption is quite different from that of men. Many women are vulnerable to sexual extortion and harassment as a result of corruption. Do we begin with the several stories of some civil servants who have made inappropriate comments and gestures when they should be serving?  Or how many miles some girls and women have to trek every day to fetch water in 2019? Living in cities can blind many to the harsh realities which many Nigerians live through daily. Unfortunately, it doesn’t make matters any less real or true.

Vote because your vote counts
Yes, please, and thank you. Show up on the days of the election, cast your vote. It counts! Hard as this might be to believe, it’s true. I have heard people say they won’t vote because the votes will be rigged anyway. To have tried and not succeeded is better than not trying at all. As T.S. Eliot wrote, I now urge you: ‘For us, there is only the trying. The rest is not our business.’ (even though it’s our business). Play your part.

Involve the next generation and enlighten others
I remember vaguely what the June 12 elections were like. I was very young and even though I didn’t vote, I perceived a sense of importance of the entire process. My cousins who also couldn’t vote sang the ‘Nigeria on the March again’ song and on that day the adults in our household woke up, had breakfast and went out to vote. I looked forward to voting and my parents and grandmother made sure I got my voters card when I turned 18. I had an uncle who even gave me a monetary gift for getting my voters card. It was him who I followed to the polling booth on the election day.

The young are watching and we shouldn’t let all that’s going on get lost on them. They might not be old enough to vote but they could be old to understand the importance of the process. There might also be people who have PVCs but have stored them away with documents in roofs where rats will eventually molest them. Encourage them to vote. Encourage, not force. At the end of the day, voting in Nigeria is a civic responsibility but not everyone fulfills their responsibility either voluntarily or as a result of unfair disenfranchisement for whatever reason.

Think on these things, then your future, then your aspirations. I hope it spurs you to do something significant in the coming days. It’s your right to, so do it!