BellaNaija Presents My Partner is a Feminist: Tope says Being With 'Lape has Helped Him Grow as an Individual

Today, the International Women’s Day, we’re celebrating women and femaleness, and with #BalanceForBetter we’re calling for a balanced—equal—society.

What better way to celebrate but with a conversation about feminism—the advocacy for equality of the sexes?

Temitope A, a 37-year-old trained physician with a masters in Public Health, spoke to us about being married to the feminist Ojuolape. 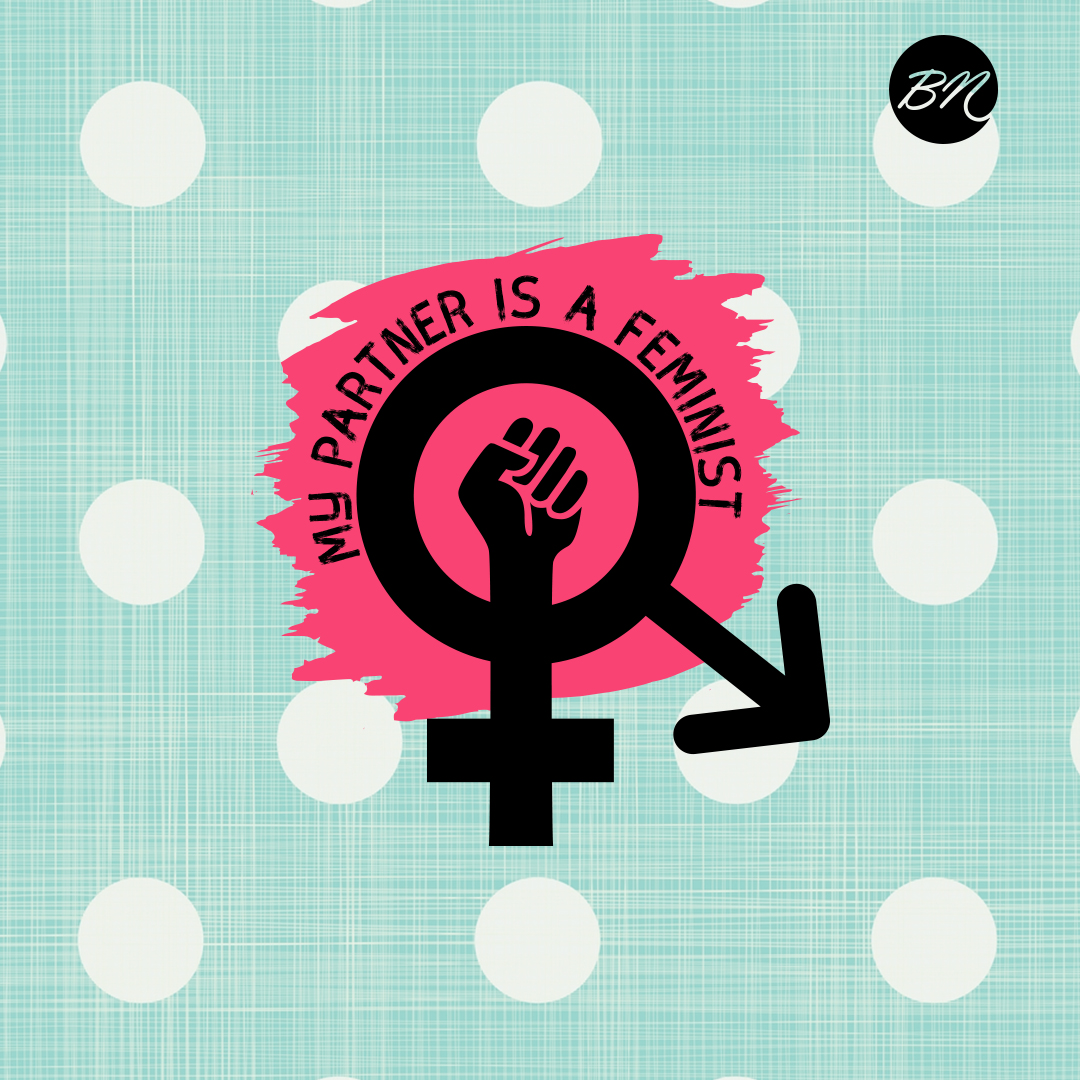 I was born and raised in Lagos, Nigeria, an only child with a very strong-willed mother who knew her own mind and made sacrifices for herself and her family. But even she was limited by what the Nigerian society prescribed for her and thought she should be.

My father is well-educated and was maybe more supportive than the average African man; but even then, it is difficult to separate yourself from the patriarchy all around you. My mother had lots of stories, things she wanted to do and ideas she had, but she received little to no support or encouragement. My dad was much older than my mum (16 years) so I think that shaped some of their interactions in both positive and negative ways.

There were no explicit conversations about gender equality or feminism while I was growing up but my mother was fiercely determined that her only child would grow up respecting women and would support his wife and not repeat some of the mistakes from her own marriage. She also didn’t have a daughter, so most of the tasks that would traditionally fall to a girl in a typical Nigerian family, such as helping with cooking, going to the market with her, etc., fell to me. My dad was quite busy with his work when I was younger so the bulk of the parenting decisions fell to her.

Feminism would be a vision of a world where your gender does not define what you can achieve or the expectations of society, where a family with a girl-child can have the same dreams and goals as that with a boy. Where the woman is not inferior or less in any way, valued for what she is and what she hopes to be and not what society has defined as her role and place.

I would say I’m a feminist, mostly, as I share quite a lot of the values and aspirations of feminism and I believe that a more equal world would be beneficial to not just women but everyone. However, I am also aware that there are complex intersections within feminism and the problems of women of color or women living with disabilities or women in Africa or lesbian women can be quite different from those of straight white females who contributed heavily in developing the feminist movement. There are also different schools of thought as to how feminist ideals can be best achieved, and I agree with some and not others, so before I call myself a feminist, I guess I would want to know first how it is defined.

I think I knew that ‘Lape was a feminist even before meeting her. We met in medical school in Lagos, and before meeting her, I had heard some stories about how opinionated she was and how she didn’t back down easily. I think quite a few people found her intimidating in some ways.

One of the first things that struck me about her early on was how she didn’t accept things from me. When we became friends, I tried to give her small gifts or buy her airtime or things like that, but she hardly ever accepted them. That was unusual for me and I found it intriguing. We didn’t have many explicit conversations about feminism but I had no doubt that she knew her own mind and had clear ideas that she should be valued just as much as any man. I welcomed it and I think that growing up with my mother had taught me the value of a woman who was ready to speak her mind.

I would say we have slightly different ideas on some of the details surrounding feminism and maybe what it should encompass and how it should be applied. But we broadly agree on the important stuff and both recognize the dangers of patriarchy and the limitations it places on the achievement of women. The thing is,  she has an actual lived experience of these issues and has been impacted way more than I have, so she has stronger feelings about them than I do.

Being Married to ‘Lape

We moved to Canada not long after our wedding, and I would say that being in a country where feminist ideals are widely accepted and feminism is not a thing to be ashamed of has helped her to be more explicit about it and to interact with people who agree with her. But I don’t think it has changed our relationship. We still believe broadly in similar things that we believed when we were in Nigeria. Now, it is just easier to find people who think like us and don’t see us as outliers.

There are no particular roles in our household that we ascribe because I am a man or she is a woman and we mostly decide tasks based on who is best suited for them. There’s also collaborative decision-making. Important decisions are made by talking about it first. We try to agree on issues before we go ahead with them. I try to respect her decisions, particularly when I realize that she will be more severely impacted than I will.

An example would be her decision not to change her name after marriage. We live in another country and I realized that changing her name would create some confusion with documentation as well as other headaches for her. She faced some pushback for this but I backed her and it doesn’t bother me. Also, in our parenting decisions. We don’t always agree when it comes to how to parent our five-year-old son but we try to talk about it and explain our disagreement. Also, around the issue of finances, when she had our son, she had a decent job and I was in school for my masters, so when he was older we made the decision that I would stay at home and take care of him and study for my medical certification exams and she would go back to work.

We have our share of disagreements like any couple but I wouldn’t attribute them to her views on feminism. We can be stubborn in our own ways and don’t back down easily when we think we are right. We have a son and I have noticed that she is quite sensitive to any gendered or sexist remarks he makes and she is extremely determined that he will respect women, the same way my mum was with me.

We have had conversations with friends about the rights of women and how they vary in different parts of the world. I remember a conversation with a friend where he was talking about how men should be able to have a say if a woman gets pregnant and wants an abortion, and my wife and I disagreed with him. His thinking was that if the man will be involved if she decides to have the child, then he should also be involved if she doesn’t want to keep it, and that is “equality.” However, considering that pregnancy and childbirth disproportionately impacts women, I felt that this was a mistake and is just another way society tries to control what a woman does with her body.

I’d definitely marry ‘Lape if I could do it all over again. I think it is important to marry someone who shares closely your important beliefs. I believe that I have learned a lot about the female perspective and why it is important to fight for the rights of women because my partner is a feminist. It has helped me grow as an individual and I believe it will positively impact our child(ren) as well.

The Daily Vulnerable by Chude Jideonwo: You can learn a lot from Driving

TechTalk with Confidence Staveley: How to Lock WhatsApp on iPhone with Facial or Finger Print Biometric