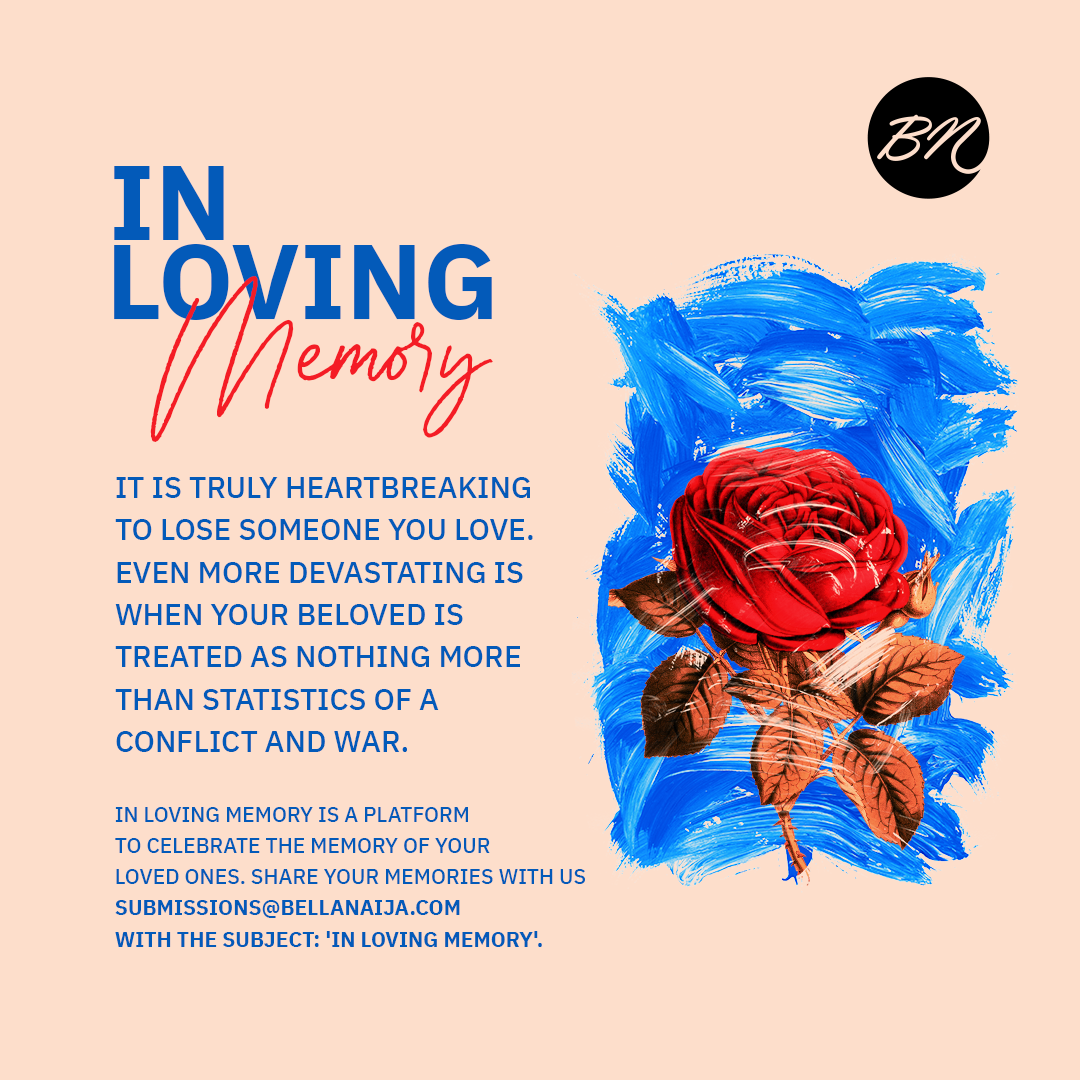 Getting over a loved one who died through insurgency, terrorism, riots, crisis or accidents is not so easy. As a matter of fact, it is extremely difficult to forget the incidence or circumstances that led to the death of your loved one.

In Nigeria, we lose so many people through terrorism and insurgency- which has gradually eaten deeply into the Nigerian system.

It is now very common to see people moving about with chopped limbs, scars that will never be erased from their bodies and many tales of war in Nigeria.

It is also common now to hear of twin bomb blasts exploding somewhere, some extremists attacking certain groups of people, bandits attacking a village and killing hundreds of people. It doesn’t end there, we live in a country where many people are not sure they’ll see their lived ones tomorrow; it’s either there’s an armed security official shooting someone to death, or a bridge is collapsing on people, or there’s a huge fire outbreak that claims tens of lives.

In all of this, people are losing their loved ones; family, friends and acquaintances. People have become refugees – losing their homes and properties to insurgency. Some have been forced to live with one disability or another. Many are traumatised after having a near-death encounter or watching their loved one being burned or killed in their presence.

While it is impossible to forget occurrences like this, speaking out is one way to find closure and healing. That is why BellaNaija is introducing the In Loving Memory Series

For us at BellaNaija, we recognise that people who have lost their lives through insurgency in Nigeria were humans who had dreams and wanted to make the world better the little way they could. They have left behind people who loved them greatly. It is, thus, important to put a face to empty statistics of insurgency victims and humanize their stories.

If you have ever lost someone to insurgency, crisis, riots, bomb blasts, fire outbreaks or any other form of violence in Nigeria, we are asking that you share the stories of who they were and how their demise has affected you.

If you have also been affected by crisis, insurgency or terrorism in Nigeria in one way or another, this is also an avenue to share your story.

Kindly send your story to submissions(at)bellanaija(dot)com and include ‘In Loving Memory’ in the subject line. If you don’t want your name out there, that’s fine, we’ll publish anonymously.

Please note that this is NOT an opening for tribal or religious wars, neither is this an opportunity to bash anyone or any group of people.

This is a platform for Nigerians to humanize and remember victims of terrorism, insurgency and crisis in Nigeria and find closure in sharing their stories.