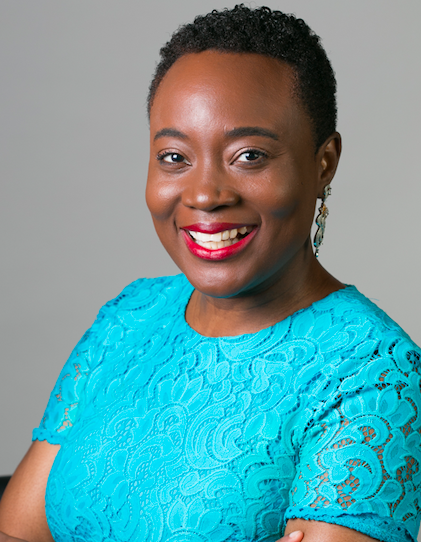 On April 28, 2019, Matt Obono, convener of the TAP Initiative, reported that 70 women were arrested and taken to the Utako police station in Abuja.

As I type, 70 girls were arrested and brought to Utako Police station last night. This is in addition to the ones who were arrested on Friday night. Their offense; clubbing and in some instance, prostitution. Some have been assaulted with injuries in their vaginas.

Their offence? Partying at a nightclub. But it did not stop there.

Obono reported allegations of sexual abuse and molestation. “The joint task force who arrested these girls also molested and sexually assaulted them,” he said.

In a bid to justify their illegal arrest and detention, the 70 women were accused of crimes they did not commit. These women were publicly shamed, humiliated and paraded by the Nigerian authorities before the media while the rest of the world watched. This is not the first time that the Nigerian government will impede on and violate the rights of Nigerian women.

Only two years ago, Dorothy Njemanze, Edu Ene Okoro, Justina Etim and Amarachi Jessyforth won a lawsuit against the Nigerian government, and were each awarded damages in the sum of six million naira (about $16,500) after they were abducted, unlawfully detained, and assaulted sexually, physically, and verbally at different times between Janaury 2011 and March 2013 in the hands of the Abuja Environmental Protection Board (AEPB) and other government agencies, such as the police and the military.

They were arrested and accused of being prostitutes simply on the grounds that they were found on the streets at night.

Nigeria has a long way to go when it comes to women’s rights and attaining gender equality. In 2016, I penned the article, “A Year in Review: What It Means to be a Woman in Nigeria,” where I tried to enunciate the many issues facing women in our country. Since writing the article, not much has improved for women in Nigeria, in spite of the numerous organizations fighting tirelessly for gender equality and women’s rights. However, these women are pushing the envelope for good, and must be commended. Political nuances, religious and cultural beliefs continue to hinder on our progress.

To date, the Gender and Equal Opportunities Bill is yet to be passed, and has been voted against repeatedly by Nigerian lawmakers, majority of whom are men. (Women in parliament constitute just 5.6 percent). To date, there remains a lack of visible female leadership in politics, policy and governance, and there continues to be an absence of women’s participation in crucial decision making circles from business to technology.

Seeing these photos from an appreciation dinner for Lagos State’s incoming governor, Babajide Sanwo-Olu, one is only left wondering, where are the women?

A big thank you to the organisers of the special appreciation dinner yesterday in Lagos.

There is a lot of work ahead of us, but we are ready and gearing to go

We are open to new & innovative ideas that will help us build #ForAGreaterLagos pic.twitter.com/C6dPudxOut

These from the Foundation for Good Governance for Development in Nigeria also beg the same question. Not represented at the event are women leaders from President Muhammadu Buhari’s team.

President @MBuhari today receieved a delegation of the Foundation for Good Governance for Development in Nigeria, led by Dr Arado Ibrahim Bayo, at the State House in Abuja. #AsoVillaToday pic.twitter.com/WlJbsiLQOk

In a conversation with Angela Merkel, the first female chancellor of Germany, President Buhari, in 2016, made it clear that women (referring to his wife Aisha Buhari)only belong to the kitchen and to the bedroom. To date, he is yet to apologize for his comments about women.

Chief Executive Officer of Alpha Reach and popular social media commentator, J.J. Omojuwa wrote, “Nigeria is desperate for women in politics and governance” as he posted a photograph of Nigeria’s all male leadership team.

Nigeria is desperate for more women in politics and governance. pic.twitter.com/cNmfMwFFuW

What can be done to improve the participation of women across all sectors? What can we do, as active citizens, to ensure progress in gender equality and women’s rights: Here are a few
recommendations:

Indeed, Nigeria has a long way to go when it comes to women’s rights, as political, religious and cultural nuances continue to shape and can restrict the visibility, participation and leadership roles available to Nigerian women. However, we can start by implementing some of these recommendations and ensure that the women’s justice agenda is created and is a priority at the local, state and federal levels of government.

The women’s justice agenda will advance, implement and improve the reproductive, economic, political and social rights for all Nigerian women. The women’s justice agenda will ensure that the Nigerian government will be held accountable, and will remain at the forefront of this critical fight to protect women’s rights and ensure fairness for all women living in Nigeria.

Eziaha Bolaji-Olojo: The Recruitment Process For Your Domestic Help

Mary Olushoga is founder of awpnetwork.com, a platform powering small business success for African entrepreneurs. Olushoga holds a bachelor's degree from Union College in Schenectady, New York, a Master of Science Degree from Baruch College and has served as a public policy fellow at the University at Albany, Center for Women in Government and Civil Society. A mix between a PR consultancy and small business development service, The AWP Network shares the startup stories of African entrepreneurs, organizes events, webinars and clinics, and creates opportunities to connect with business experts in the marketing, tech and HR fields. The AWP Network also offers agribusiness training for women farmers through a strategic partnership with the Planet Earth Institute and launched the DREAM Initiative, a program created to help secondary school students in Lagos to develop business plans. Both programs support the economic development and sustainability of African women and girls. Olushoga is the 2017 winner of the African Women Innovation & Entrepreneurship Forum Empowerment award, the African Youth Excellence Award for her leadership in business and public service, a Vital Voices Global Leadership Fellow, the Union College Alumni Award for her service and dedication to her alma matter, an IndiAfrica Young Visionary Fellow, a Women4Africa International Media Woman of the Year, a Crans Montana 'New Leader', the first-ever GOOD Maker/Oxfam America International Women's Day Challenge Winner, a Nigeria Leadership Initiative (NLI) Associate, an Oxfam America Sisters on the Planet Ambassador and participated in the Sub-Saharan African Women In Public Service Fall Institute. Olushoga has featured on BBC World News, Black Enterprise, iwantherjob.com, sheinspiresher.com, YNaija, omojuwa.com, Sahara Reporters.com, AFK Insider, Applause Africa, BusinessDay Nigeria, The Guardian Nigeria, The Nation Nigeria, ARISE TV, BET Networks, and presented her work on women entrepreneurs at the UK House of Lords, Duke University, Yale University, Union College, the Columbia University Africa Economic Forum, the United States Department of Labor Strategy Meeting on Inclusion, Entrepreneurship, and Disability, W!se Institute, the United Nations Commission on the Status of Women, the United Nations ECOSOC Youth Employment Forum, and the Rockefeller Foundation Tech Salon. In addition to this, Olushoga writes for GE Ideas Lab, SciDev.net, The Guardian Nigeria and the Huffington Post. The AWP Network is proudly recognized as one of the leading organizations supporting African Women in Technology.