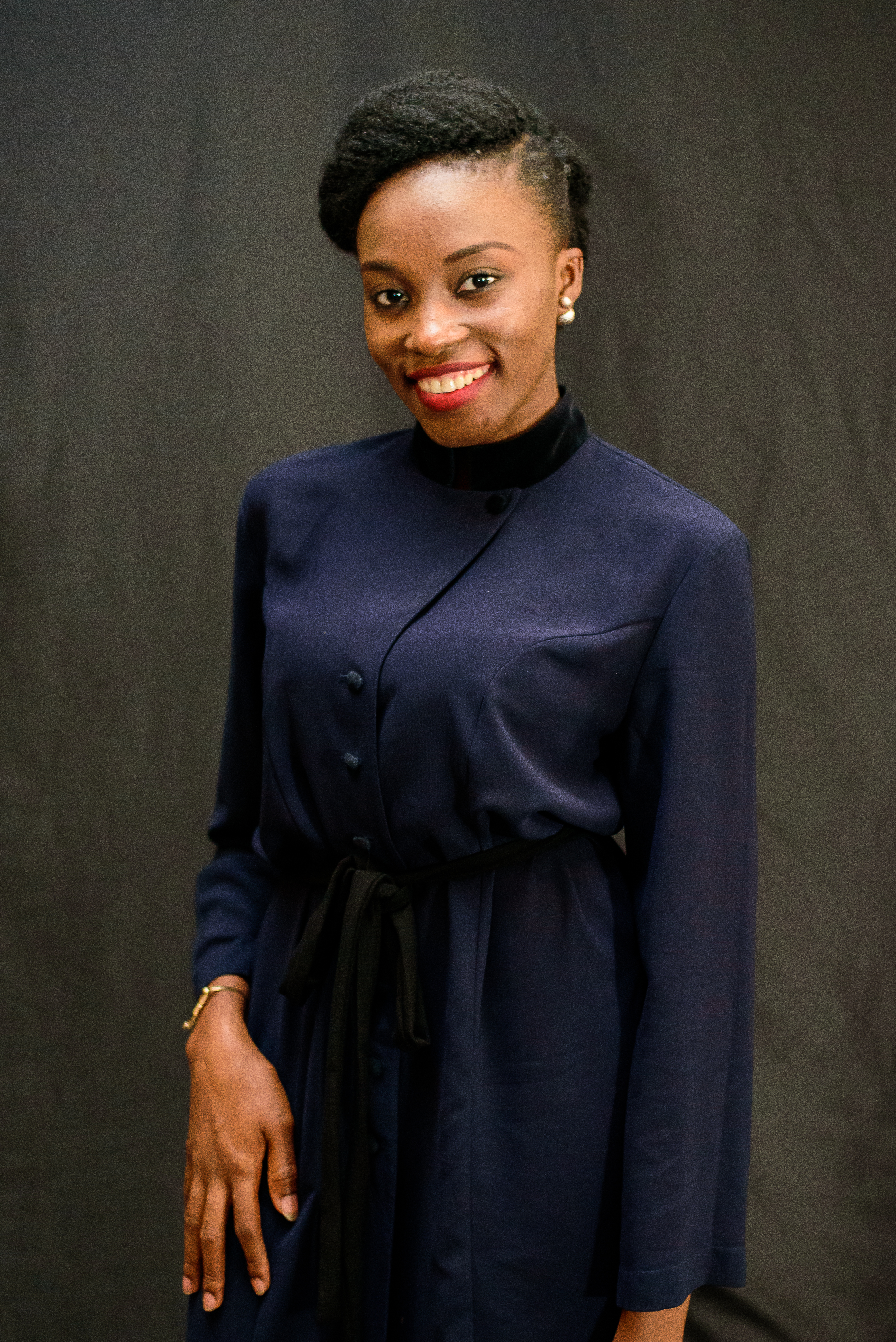 My name is Abimbola Oladapo, a happy person, a scoliosis warrior, Nigerian and oh such a lover! (Haha, that’s the one thing I like to be labelled as.) I am co-founder of a non-profit called Beyond a Curved Spine, where we advocate for scoliosis awareness. On most days, you can find me consulting on Brand & Strategy at Alder Consulting.

However, there are nights when I play blogger at onepowerwoman.com. When there’s a chance to choose my own way, I prefer to discover new places and/or make someone’s day by simply showing up.

Did you read the part where I spoke about raising scoliosis awareness? It’s Scoliosis Awareness Month (June) all over the world, and I’ll like to share with you my scoliosis story.

Act one, scene one.
The year was 2004 and little Bims, as my squad calls me, was in year 9. Like most eleven year olds, I was poised at the very beginning of teenage self-consciousness.

It was at this point that my older sister noticed that my back wasn’t “looking normal” – there was a slant to my walk. At first, she (and everyone else) thought I was trying to be cool; they constantly cautioned me to “stand/walk straight and stop spoiling my posture.”

Nope, it wasn’t “swag.” Rather, it was simply a symptom of scoliosis. Fast forward to few months later, my back was looking like a capital letter “S”. At this point, it was obviously more than a bad posture. From there on, life ran along like a fast paced movie, with the plot anchored on one fateful Easter holiday. I returned home from boarding school and mum took me to the hospital. I’ll never forget, it was the first either of us would hear of scoliosis.

Scoliosis is an abnormal curvature of the spine. Simply defined, it’s when a normal, straight spine curves into an “S” or “C” shaped spine. It’s a condition that usually just happens “for no reason” – statistics show that 80% of scoliosis cases are idiopathic (meaning they have no known cause). It mostly affects adolescents between ages 10 – 16, and while both male and female are prone, the latter are eight times more likely to develop a progressive curve than the former. A progressive curve, left untreated, can cause problems with heart and lung functions. Although treatment options are available, there is no 100% cure for scoliosis yet.

Early detection is the sole way to manage scoliosis effectively.

It’s been fifteen years since I was first diagnosed. Apart from wearing a hideous back brace (made of blue, jerry can plastic) for two years, I haven’t really gotten any treatment.

Living with scoliosis comes with its own baggage, of course. There’s the random craaazy backache. There’s also the psychological aspect, which is perhaps the inspiration for today’s story.

Scoliosis warriors everywhere typically face the same challenges – clothes that won’t fit, strangers staring, name calling. “Hunchback,” “bent,” “that thing on your back”: these are some of the derogatory words with which people refer to us. I’ve definitely had my fair share of self-esteem crushing moments. One incident stands out.

I remember doing an interview where I shared my scoliosis experience, particularly the bit about guys and dating. I told about how I once overheard a male “friend” saying he couldn’t marry a person like me because “that one no normal.” My dad read the interview and literally broke down in tears, said, “Bimbo why does this have to happen to you? You don’t deserve this.” It broke my heart to see him that way, and I’m glad to have succeeded in making him smile later that day.

But as we Nigerians like to say, we move! I’ve survived so far and I continue to thrive.

Three things this scoliosis journey has taught me:

There’s so much life in truth and vulnerability
One thing my journey has taught me is that vulnerability is power. I like how Brené Brown put it: “You either walk inside your story and own it, or you stand outside your story and hustle for your worthiness.” For me, it’s not just about worthiness, it’s about living. I’ve found an increasing sense of freedom by sharing about this condition. Even writing this piece has got the same effect on me – vulnerable and free.

Don’t ever forget, whatever you expose to light, you shield from darkness. So here’s my current disposition: It’s true that my spine is curved. It’s true that my back isn’t “normal.” Yes. I’m not hiding that from you (or the rest of the world). So what else you got?

People actually do not care until you do
“The same people who screamed ‘Crucify him’ once shouted ‘Hosanna!’” This still happens in 2019 A.D.

As a freshman in college, I remember going round in jackets and scarves to “cover up” (hot weather notwithstanding!).

Of course, there were questions and stares, but I managed to maintain a low profile. However, the moment I stopped caring and started to dress more confidently, everyone fell in line. Instead of more curious questions, I got more toasters. Haha! As a matter of fact, I got (and still get) a lot of “I didn’t even notice you have scoliosis” comments, even though my curve is actually quite obvious. Humans are so awesomely fickle. I’ve come to realise that people will only dwell on a thing to the extent that you dwell on it.

Your heart is where you really live
I ponder on Proverbs 4:23 – Above all, carefully guard your thoughts (heart) because they are the source of true life – a lot. It’s my favourite scripture, and it’s so true. In all of my life’s battles and apparent wins – when the world cheers, bashes or doesn’t even seem to notice, I realise that what really matters at the end of the day is what I think. If your heart doesn’t validate you; if it doesn’t say happy, strong, thankful, etc., there’s no form of external push that’ll ever satisfy you. Fight for your heart, literally. That’s what I do and oh, there are days when it seems I’m losing the fight. But then I never give up. I think that’s the biggest win.

Now in scene 2019, and I think I’ve kinda gotten used to living with an “S” on my back – the good, bad and ugly that comes with it. Sometimes I just really want to get out of my skin. Other times, I feel like I’ve got my own back. Overall, I think I’m at that place where I’m intentionally stronger than Scoliosis.

P.S.: Whether or not you’re a scoliosis warrior, I hope you pick something from this piece. I also hope it sways your views and how you treat people you perceive as “different.”

#SudanUprising: Here’s How You Can Support the People of Sudan as they Fight to Stay Alive

Beyond A Curved Spine