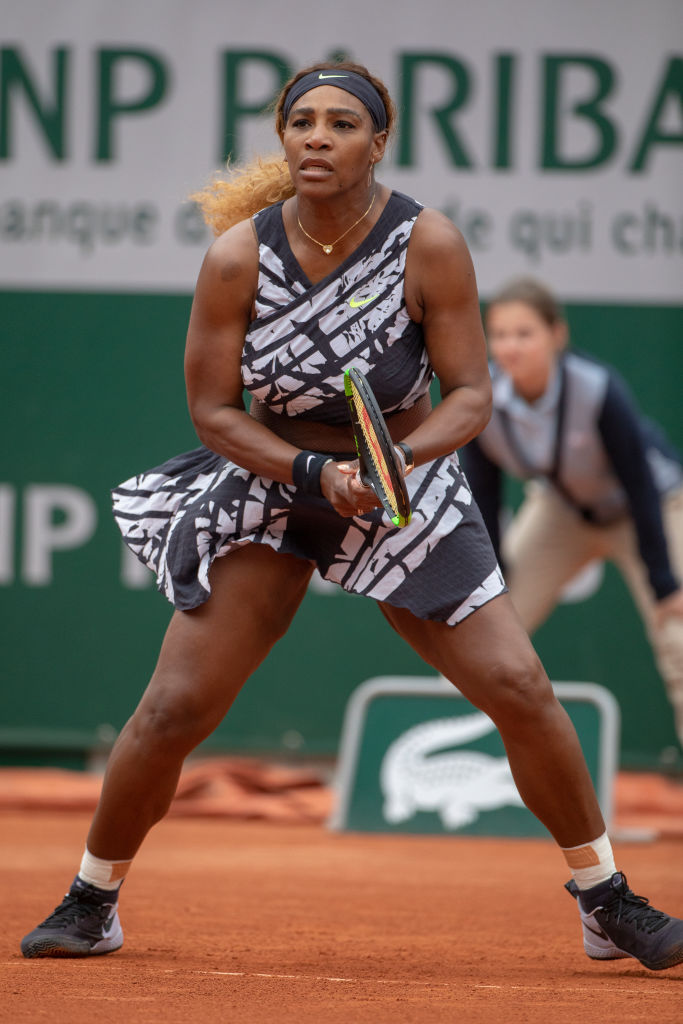 PARIS, FRANCE May 27. Serena Williams of the United States in action against Vitalia Diatchenko of Russia on Court Philippe-Chatrier in the Women”u2019s Singles first round match at the 2019 French Open Tennis Tournament at Roland Garros on May 27th 2019 in Paris, France. (Photo by Tim Clayton/Corbis via Getty Images)

Serena Williams lost again in the third round to fellow American Sofia Kenin at the 2019 French Open. This will be her earliest loss at a major tournament in five years. Since giving birth, she hasn’t won any major tennis tournament, but has reached two Grand Slam finals, losing to Angelique Kerber at Wimbledon and Naomi Osaka at the U.S. Open.

As a woman, while I am really rooting for her to win big and be her best self, I cannot help but wonder if she came back too early. I wished she had taken sufficient time off to concentrate on herself after having a baby.

I think she came back early to prove a point: that she is still the queen of tennis, and that as a powerful woman, having a baby cannot stop her from achieving her dreams. All lofty ideals, but at this time, she seems not to be doing that. As an ardent follower of tennis, I watched as she cried when she gave her speech during the 2018 Wimbledon finals. She apologised for letting moms down, that she really wanted to be an example for new mothers.

For me, she didn’t have to go through all of these losses as a fighter and champion that she is. As a mother myself, I can understand her thought process. I moved to the United Kingdom to join my husband with a six-week-old baby. Before I left Nigeria, I had my career mapped out ahead of me. I had been a high flyer at my place of work, had even gotten two job offers in top multinational organisations. However, because I knew I wasn’t going to be in Nigeria, I rejected all of them. When I got to the United Kingdom, motherhood was a huge shock for me. I went from being a high flying career woman to a mother confined at home all day breastfeeding, cleaning, cooking; you know, being the traditional housewife.

I became bitter and was always angry with my husband whenever he left for work. I remember a friend of mine telling me: “So with all your qualifications, you ended up being a housewife.” To be honest, it stung really hard, and it added to my own self pressure. I complained to everyone and was seriously looking to get back to work immediately – you know, being my old self. One day my husband’s words jolted me, he said, “Are you angry with me that I cannot get pregnant?”

Truly, it wasn’t his fault that women are currently the only beings to carry a pregnancy and nurture the child when it is born. My anger was truly misplaced. I decided then and there to enjoy this rest period that nature had bestowed on me. In the process, I conceived new business and career ideas; I analyzed my skillset and came up with different ways of putting my skills into use. That was when I birthed desertbloomadvisory.com – a platform to give an online voice to development sector-focused issues and initiatives in Africa. I also decided to go back to school to do a PhD, which I had always wanted to do. Right now, there are so many things to do that finding the time is hard, given my responsibilities. Indeed, I am back and better. To be honest, my natural period of resting made me reborn myself.

I have seen women rushing back to the workplace after giving birth for fear of lagging behind or being out of the spotlight for too long. I have come to realise that although the fear is valid, it is unnecessary. As women, we are strong as individuals, even after having children. We don’t need to prove anything to anybody. So seeing Serena struggle is heartbreaking. I wished she had truly rested and not rushed back to the courts just few months after giving birth, particularly because of her very difficult and challenging birth experience. I sincerely think that after giving birth, women should take time off to rejuvenate.

Having a baby is no joke, and it takes a huge toll not just on your body, but also on your mental state. I remember a few days after giving birth, I told my mother, “Now I recognise myself. It’s like I have been absent for the past nine months.” She said, “Of course you were absent. Another human being was living inside of you.” As women, we are powerful beyond measure, and we shouldn’t feel pressured to go back to work immediately after having a baby. We shouldn’t try to compete with men who have no idea what we go through. There will always be a time to get back to our careers, our business and work – those are not running away. I understand that for Serena Williams, who plays sports, time does matter. But I believe that if she had taken enough time to heal, both within and outside, improved her mental state, she would have come out with a bang, instead of the series of losses she has now suffered. No matter how we look at it, the losses are going to affect her mental state more than ever before, which is why is she keeps sharing inspiration messages on motherhood and career.

It’s one of the reasons why I use my platform to campaign for family-friendly policies for new mothers. Mothers should have enough support from the society, the private sector and the government. They shouldn’t be afraid of losing their jobs after having a baby, which I understand is one of the pressures women have.

Mentally, we shouldn’t also feel we have to prove that we still got it. My message is: new mothers, you still have it. You only need time. You will bounce back just as if you never left.

Aliyu Abubakar of Quick Shake & Quick Tech is Our #BellaNaijaMCM this Week!

SuperModelMD: My Pimples are Causing a Rift Between my Wife & Mother