#LiterallyWhatsHot: "Kaleidoscopes" by Adebola Adisa Chronicles the Experiences of Being HIV+ 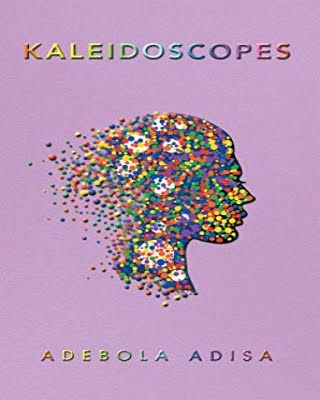 I must say that  Adebola Adisa  did a terrific job bringing to fore, the subject of the dreaded HIV/AIDS disease and the stigma associated with testing positive to the virus in her book, Kaleidoscopes.

Kaleidoscopes is a collection of ten short stories of different women, who are dealing with various complications associated with HIV infection. With Adebola’s solid use of word picture, it is almost hard to believe that you are not reading real stories of real people.

Her use of the first person narrative technique makes it easy for the reader to connect emotionally with each of the characters and their story. I was particularly moved by the story of Jenny, the young woman who wanted to be accepted into the circle of big girls and boys on campus at any cost. Being rejected or treated as an outcast is not fun, trust me, I say that from personal experience, so I could relate to Jenny’s story. The fact is, we all have that inborn desire to be accepted by others, and most people can almost go to any length in order to please the gatekeepers of the fold they hope to be part of.

Kaleidoscopes masterfully and persuasively reminds the reader that when life knocks you down, you can get back up and that testing positive to HIV is not the end of the world. It is most certainly not a death sentence, now that there are ways to keep oneself in check. I also like the fact that the book is not overbearing in its tone.

The book shows how our lifestyle choices can sometimes have consequences, as exemplified in the story of Cherie, the British expatriate, who chose not to settle down with any man but instead preferred to live the life of a cougar, much to the disappointment of her father, who would rather his daughter got married and had her own family. Eventually, she meets Phebean at an annual end of year party while working in Port-Harcourt and they start dating. Unbeknownst to her, Phebean is HIV positive and unwittingly infects her too. Now at a crossroad, she must answer tough questions in order to survive.

Saying that Kaleidoscopes is an educating read would be stating the obvious as, among other things, it throws light on the many other non-sexual ways HIV/AIDS can be contracted, while also distinguishing between HIV and AIDS – AIDS being the final inevitable outcome of HIV infection, for which there is no cure. For some, this would certainly be an eye-opener.

Adebola Adisa is a fantastic storyteller too, and I draw this conclusion from the way she so brilliantly links characters to one another; featuring them in one another’s story, much like how Marvel gives their superheroes screen time in one another’s stand-alone movie. For example, Madam Goody-Goody makes a ‘cameo appearance’ in Fathi’s story; Ngozi, the former bank manager, features in Bimbo, the lawyer’s story and Regina is Phebean’s older sister, and is mentioned in Cherie’s story. These don’t count as spoilers. Do they?

One can never hear, learn, or know too much about HIV/AIDS and the unfortunate stigma that comes with it, so Kaleidoscope is a very good read for everybody and is available here.

I laud this fantastic effort from Adebola Adisa, and I look forward to reading her other works!

About the Reviewer: Ifeanyi Idiaye holds a degree in Applied Accounting from Oxford Brookes University, but has over the past five years, ventured into copy editing, proofreading, and writing. He loves knowing a little about everything, and is very fascinated by history and, generally, anything that happened before he was born. For relaxation, he puts on his headphones and listens to soothing old school music; he loves being in ‘that place’.

The Daily Vulnerable with Chude Jideonwo: You Have Two Spirals

Plane Seat Wahala, Benin-Ore Road as Helipad, Our Robust Response – Here’s What Went Down this Week