Shade Mary-Ann Olaoye: Let Your Underwear Get Some Air... 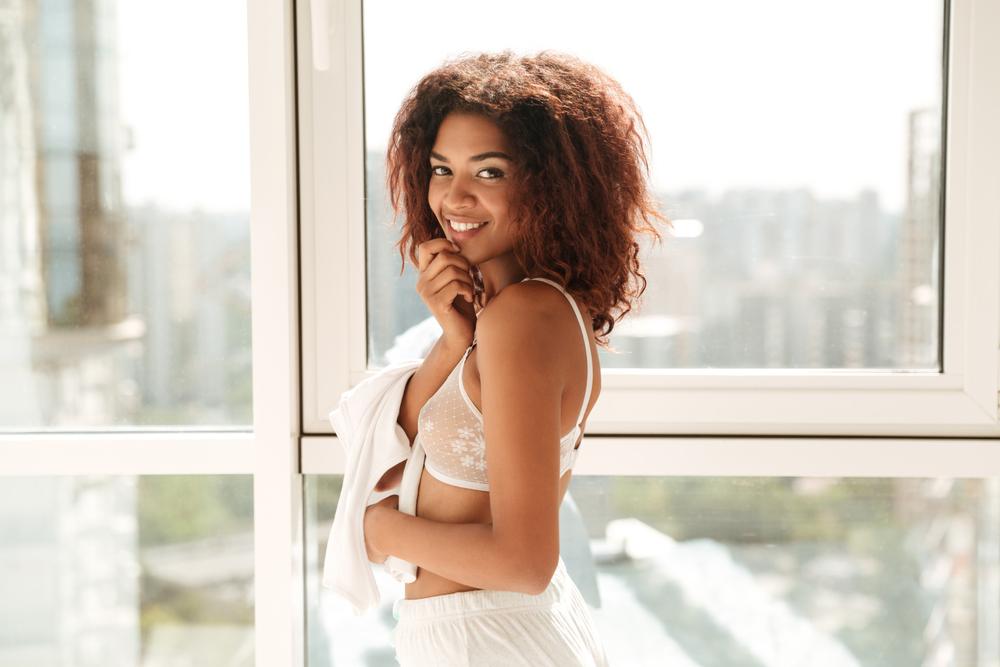 Growing up, the average Nigerian girl is taught a thing or two about her body and personal hygiene: Change your sanitary pads three times a day, wash your panties every morning, always clean up after urinating so that you do not smell down there.

These important tips also includes instructions on the drying of her underpants. This average Nigerian girl is taught not to dry her undergarments such as bras, panties, and tights in the open, regardless of how good the sun is for them.

According to Hivasasa Stay Ahead, damp clothes encourage the growth and multiplication of microbes like bacteria and fungi, which the sun helps to sterilise with its different types of radiation.

Regardless of these threats, most women, all through their life, have opted to have their undergarments dry pegged to lines strung out in the privacy of their bathrooms or rooms, forgetting that the sun never reaches these places. As a result, women are susceptible to the common cervix and skin diseases like candidiasis. This begs the question: why would a woman be so willing to waste money on medical expenses, when all these can be prevented by the simple use of the sun?

The answer is: she is acculturated to hide these parts of herself, as though bras and panties are not ever to be seen outside the confines of the most private rooms. Speaking to Iyabo, a 50-year-old woman, on why she has never sun-dried her panties, she explains: “They are personal and private items, which, while growing up, I saw that my sisters never exposed. According to them, it was a habit inculcated by our mother. Also, for the fact that I went to boarding school where I saw seniors and mates doing likewise, I followed suit.”

While, it is true that I, like this woman, have never sun-dried my panties (because of what people would say), I have always and will always sun-dry my bras (regardless of what people say). As you can see, I am still affected by what society tells me, and the belief that men or the “outside eye” are never meant to see such intimate garments.

They say, “Do not dry your bras and panties outside, so that people, particularly men, will not see them,” and I reply, perplexed every time: “Is it not the same bra and panties a guy is happy to see and touch when he wants to have sex with me?”

I have never understood why a woman has to hide so much of herself and pretend as though these parts do not exist, or why the opposite sex is brought up to enable this narrative. Dozie, a serving corps member, says he always feels embarrassed to see panties that are sun-dried, and he always throws his face in the opposite direction to make sure he does not have to stare at them.

It is not hard to conclude that these taboos and rules are a mere extension of how a woman is taught to speak in hushed tones about matters relating to her genitals, her sexuality, and her desires. We expect and sometimes voice it that: “Partners should be open with themselves about their sexual desires.” But more often than not, two things happen when it is the woman who opens up: she is often silenced or shamed because she is never taught to be vocal about these things, and even if she does become vocal, people are often taken aback, which forces her into silence.

I see these as an indicators of how girls are taught to hide bits and pieces of themselves, how boys are left thinking that certain parts of a woman are always to stay hidden. The unspoken truth is that much of what constitutes taboo about underwear and its display is directly tied to all the taboos surrounding notions of cleanliness in women as it pertains to menstruation.

While it is no secret that women have periods, have to purchase sanitary pads, or that women have pants and bras that need to be washed, there is a deep-seated culture of shame that is woven around women’s bodies and their
experiences.

If a woman’s clothing gets stained as a result of a mishap during her period in the bus or at work, her concern comes not necessarily from the fact that there is a stain and her dress is unclean, it comes from the fact that she knows that people will be aware that she is menstruating and is, therefore, “unclean,” in the language of the Bible, and according to the tenets of many Nigerian social traditions.

There is a degree of embarrassment that comes with female matters. Explaining to me how she sun-dries her undergarments, a female who wishes to remain anonymous says that whenever she sun-dries them, she always uses a piece of cloth to cover them. She does not feel it is reasonable to expose them to the outside world, after all, she further stated, this is why it is called underwear.

It is as though we have to apologise for how our body works, the natural course it takes, and the moments it chooses to be spontaneous. However, in this pack, there are women who remain unapologetic, but this might have “taken years of unlearning and knowing the importance of my womanhood,” explains Godsgift, a final year student at the university.

I sincerely think the woman should not be made to feel uncomfortable. Her femininity should not be shoved aside or labeled a taboo, something not to be seen or even talked about. These things happen to her and they happen to be perfectly normal.

To undo this process, conversations such as these have to be perfectly normalised by both genders. Girls should not, “change their facial expression and become uncomfortable when the matter comes up,” Richard a recent graduate suggests. And boys should know that trivialising the situation or making a mockery out of it shames and hurts the woman.

For example, when women talk about their periods on social media, either wanting to spark a conversation to a problem that is of concern to them, or simply to share, they are often stigmatised and forced into silence. Apparently, periods are not meant to be spoken about.

There should be a relearning on how women are to be comfortable with their own bodies, and an unlearning of how inappropriate it is to make a person, in this case, the female gender, feel less about her nature and what she is. The issue has never been with how the average Nigerian girl sun-dries her undergarments, in particular. It is, instead, a reflection of how we choose to control her and involve ourselves in her choices. How we constantly ask, What is she doing? Why is she doing it this way? And the submission that it should not be done that way because it affects us. How her undergarments, or exposure of a bit of flesh, can make one fall into temptations or have impure thoughts, as though she was the cause of that misfortune. It is as though people want to forget that women have vaginas.

The Daily Vulnerable by Chude Jideonwo: Normal is a Loaded Word

Shade Mary-Ann Olaoye is a journalist and writer who believes that words are just as powerful as we make them.