#LiterallyWhatsHot: "Fathers and Sons" is a Story of the Desperation that Comes with Finding One’s Identity 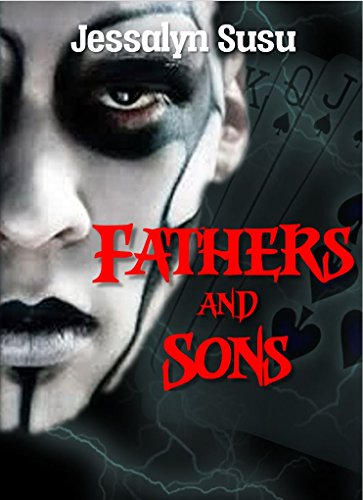 But not for Osita. At seventeen, he is expected to take up his father’s mantle in a world filled with violence, blood and death; destined to become a ruthless assassin. This isn’t the life Osita wants. Neither can he see the possibility of getting away from it. Three days to his initiation, he has to make a decision. To kill or to be killed?

Kelechi, on the other hand, is the proverbial black sheep, living in the shadow of his picture-perfect older brother. When he joins the family business in a bid to get in the good books, he is willing to do anything to win his father’s approval. Including leaving behind a trail of bodies. But just how far will he go?

Father and Sons is a tale of survival and the desperation that comes with finding one’s identity. With a finely paced plot, it delivers a good feel of the characters and their emotions. Their stories are relatable, hence will suck you into their world and possibly leave behind an imprint. The author, Jessalyn Susu’s use of words is apt, with no gassiness. And the highlight? Plot twists that are mind blowing.

Despite a few discrepancies which can be easily missed if you are not looking, Father and Sons is a compelling read for anyone who is a fan of suspense, crime and the supernatural. Once you plunge into it, you most likely won’t put this book down. It will have you longing for more literary works from Jessalyn Susu.

Temi Olajide: Keeping Up With Life as a Busy Mum