Folasade Owoeye: The Many Faces of Poverty Mentality 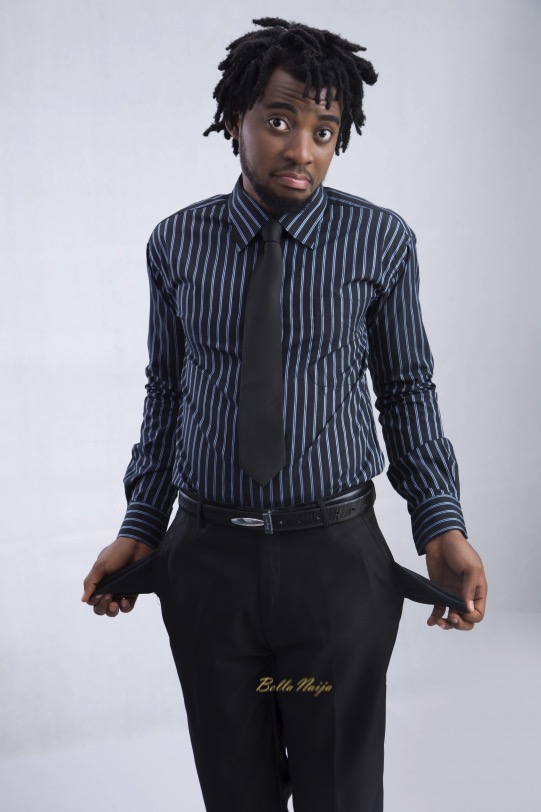 If a Yoruba person ever calls you, “Omoojuolari,” which literarily means “a child who has never seen wealth before,” you should feel bad. Although the word is generally used as an insult to people who begin to misbehave once they have a taste of wealth, the word also connotes that a person has a poverty mentality.

In addressing a poverty mindset, I would like to clarify that I am not referring to people who genuinely strive to wrench free from the tight grip of poverty, yet are continuously waylaid by one problem or the other until it seems impossible to have a breakthrough. I am referring to everyone out there who has an unhealthy relationship with money and the concept of wealth, which causes them to exhibit a few traits that I will highlight in this post.

Meet 31-year-old Frank. He grew up dirt poor in the slums of Mushin. Specifically, in one of those old houses with no front door, where goats and humans stroll in and out unannounced. The first child in a family of seven, he grew up never having a choice on what clothes to wear or what food to eat. Such decisions were needless luxuries. He had a close relationship with his siblings, forged by living in a single room.

Few years down the line, in a story of grit, determination and resilience, Frank is out of the slum. He isn’t living ‘la vida loca’ yet, but he isn’t starving either. Frank works as an accountant in a major bookshop franchise and earns ₦180,000 a month. He also recently got engaged to Onyinye, his sweetheart. Things are really looking up for him now, except that lately, Onyinye has been disturbing him a lot. She keeps complaining that he isn’t ambitious enough. She has been pushing him to apply to other companies and leave his job at the bookshop. She tells him to enrol in ACCA classes so he can convert his local accounting certification into a global one. She has been going on and on about how they should start saving toward buying a plot of land in Mowe, as an investment.

However, she doesn’t know where he is coming from and how hard he’s worked for all the things he has. She doesn’t understand that he still feels guilty whenever he eats more than one piece of beef with his meal. Or that he gets heart palpitations whenever he receives debit alerts. She can’t understand why he prefers to keep his old clothes even though he has outgrown them. She would never understand because she had it easier growing up. He would rather keep his money in his bank account than make any sort of investment because, “You can never trust these banks or all these money doubling people.” He refuses to pay any more money to take additional courses because, “It is better to save your money than to pay for a costly exam you might not even pass.” She cannot comprehend the constant nagging fear at the back of his mind that, at any moment, he just might wake up and find himself right back in the situation of not having nothing. So Frank forgives her easily, because she doesn’t know any better.

Meet 29-year-old Ola. He is your average Lagos boy. He grew up in Ogudu, a quiet suburb in Lagos. He is the third of four children and had his primary to university education in Lagos. He has a second-class upper degree in Economics from the University of Lagos, and he works as a Senior Account Manager with a leading bank.

Growing up, he was very familiar with the feeling of having just enough. Toys, treats and clothes were often handed down or shared among his siblings. He never got to travel out of the country on holidays, like his other friends in secondary school did. He never wore the latest clothes in fashion but his mother was adept at selecting first-grade okrika from Yaba market.

But all that has changed now. Ola works hard so he can afford the nice things he couldn’t have growing up. He has a taste for the finer things of life. He dreams of buying his first house in Lekki, at the age of 35, and a brand-new Ford Explorer (his dream car), at the age of 30. He has the websites of many luxury brands bookmarked on his web browser. His favorite pastime is hunting for sales bargains on luxury clothing stores. He prides himself on being awarded the best dressed guy at work. He also loves to travel, and he soaks up all the likes, on the pictures of all his trips abroad, on his Instagram page where he shares them, which has over 5,000 followers. He considers himself a fashion influencer, even though he has not been able to monetise his Instagram page.

Ola considers himself a sharp guy. When MMM came out, he was able to cash out with ₦500,000, which he used to purchase his first original luxury watch. He likes to take advantages of opportunities that can bring in high returns within a short period. He has flirted with the idea of getting an MBA, but the costs of tuition and living expenses seem too prohibitive.

Recently, Ola has been having some money problems. He had a major fall out with one of his friends, who called him out on social media for not repaying the money he borrowed to fund his last trip to Cape Town. His monthly salary of ₦600,000 never seems to last through the month. His savings account isn’t looking good either. After four years of working in the bank, he has only been able to save ₦1,800,000. He tells himself, “Perhaps, I need to leave this job and start my own business.”

Ola and Frank provide illustrations of two of the many ways in which a poverty mindset appears. Perhaps, you can relate with either Ola or Frank. Either way, it is always helpful to re-examine our relationship with money and the concept of wealth. I have listed some red flags of poverty mentality for you to reflect on.

1. You constantly fantasize about getting rich suddenly. E.g. Winning a lottery, cashing out on some get-rich-quick scheme, or even through fraudulent means.

2. Most of your spare time, money and focus are spent on entertainment. You just want to enjoy your life, so it is parties, Netflix marathons with lots of eating and drinking.

3. You have a strong desire to have all the latest trends, regardless of your financial situation, and this desire is mainly driven by a need to show off how well you are doing to others.

4. You never allocate any portion of your earnings to personal development. Trainings, courses, seminars … they just want to take your hard-earned money.

5. You like to buy things just because they are on sales, even when you don’t need them.

6. The thought of investment scares and repels you. You would rather have your money sitting in your bank account where you can keep an eye on it than invest it. Financially literacy also repels you. You really don’t care about learning about the stock market, or bonds or real estate investments.

7. You secretly (or maybe even openly) resent rich people, Because money is the root of all evil. You unconsciously enjoy rooting for the poor folks in movies where the rich are depicted as greedy and evil.

8. You believe it is not your lot in life to be prosperous. Your family members never made it, your close friends are all struggling with their finances, and it is just not in the cards for you to be rich. So why bother?

These are so many ways you may consciously or unconsciously suffer from a poverty mindset, regardless of how much you have in your bank account. The poverty mindset can sneak into your awareness without you even realising. So, which one are you, Frank or Ola?