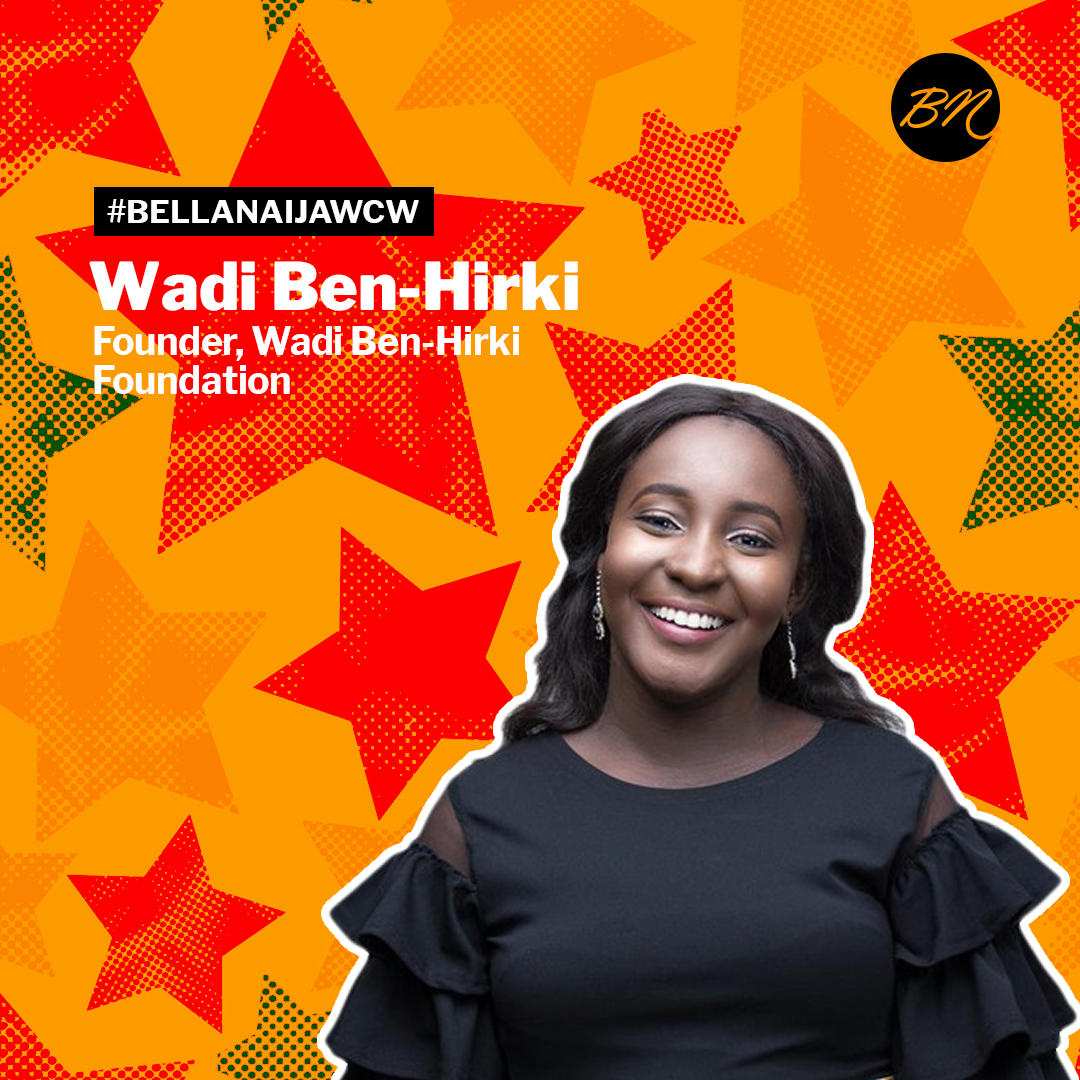 #BellaNaijaWCW this week Wadi Ben-Hirki was only a 17-year old undergraduate at Covenant University when she decided to be a voice for the voiceless.

Wadi founded the Wadi Ben-Hirki Foundation (WBHF) to help disadvantaged children in the areas of education and social welfare.

WBHF runs lots of projects including #EveryChildIsYourChild, Sapphire by WBHF, #RescueMakoko, #Street2School, #GirlsNotWives and #LITMOW (Love In The Midst Of War), through which it has reached hundreds of children across the country, with a focus on northern Nigeria.

With #EveryChildIsYourChild, WBHF teaches and encourages people to treat every child equally, irrespective of gender or biological parents.

With Sapphire by WBHF, the foundation raises funds through the sale of merchandise, and in the long run, hopes to employ only less privileged, disabled and victimised children.

The #Street2School initiative works to take the millions of out-of-school children into the classroom.

WBHF is fighting child marriage and gender inequality with #GirlsNotWives.

#LITMOW (Love In The Midst Of War), running in north-eastern Nigeria affected by the Boko Haram insurgency, is an initiative through which the WBHF spreads love to the residents.

Wadi is one of the Country Representatives for the Chatham House Common Futures Conversations. She has also been selected to serve on the African Leadership Institute Youth Advisory Board

Wadi was one of the youths selected to participate in the African Union Regional Youth Consultation on Human Rights (August 2016). She has been nominated for the Choice Humanitarian of the Year 2016 (AYCA), West African Philanthropist of the Year 2016 (CNBC All Africa Business Leaders Awards). She also won Nigerian Teen Choice Awards’ Choice Philanthropist of The Year (2015 & 2016) as well as Humanitarian of the Year (2016) at Covenant University.

Wadi is spreading hope and love to children across Nigeria and we’re rooting for her!

Folasade Owoeye: The Many Faces of Poverty Mentality