To create Awareness for COVID-19, SWIFT Network Team takes on the #JerusalemaChallenge

Your Better Self with Akanna: 3 Laws We Often Ignore 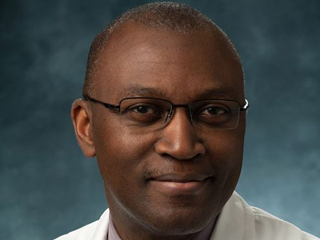 Nigerian medical doctor, Oluyinka Olutoye has been appointed as the surgeon-in-chief at the Nationwide Children’s Hospital, Ohio, which is one of the largest paediatric hospitals in the United States.

With his new appointment which took effect from August 1, Dr Olutoye will lead one of the largest children’s hospital surgery departments in the world, according to the Nationwide Children’s Hospital website.

The Nigerian doctor is famous for being part of the team who removed a baby from her mother’s womb, operated on her, and put her back in back in October 2016.

We are tremendously delighted to welcome Dr. Olutoye to Nationwide Children’s Hospital to further elevate the visibility and reputation of one of the best overall children’s surgical programs in the country that, through its clinical care and research, is forging the future of children’s surgery, Having a world-renowned fetal and pediatric surgeon join our leadership team will further advance Nationwide Children’s commitment to establishing a preeminent fetal surgery program.

Speaking on his appointment, Olutoye said:

Nationwide Children’s Hospital is respected nationally for building outstanding integrated research and clinical programs, its seminal work in healthcare quality and patient safety, and as a leader in improving pediatric health outcomes. This is a very opportune time to be joining the organization as we build upon the already impressive success of our surgical services to help children around the country and increasingly around the world. I look forward to the privilege of leading and collaborating with this team in the next phase of our journey.