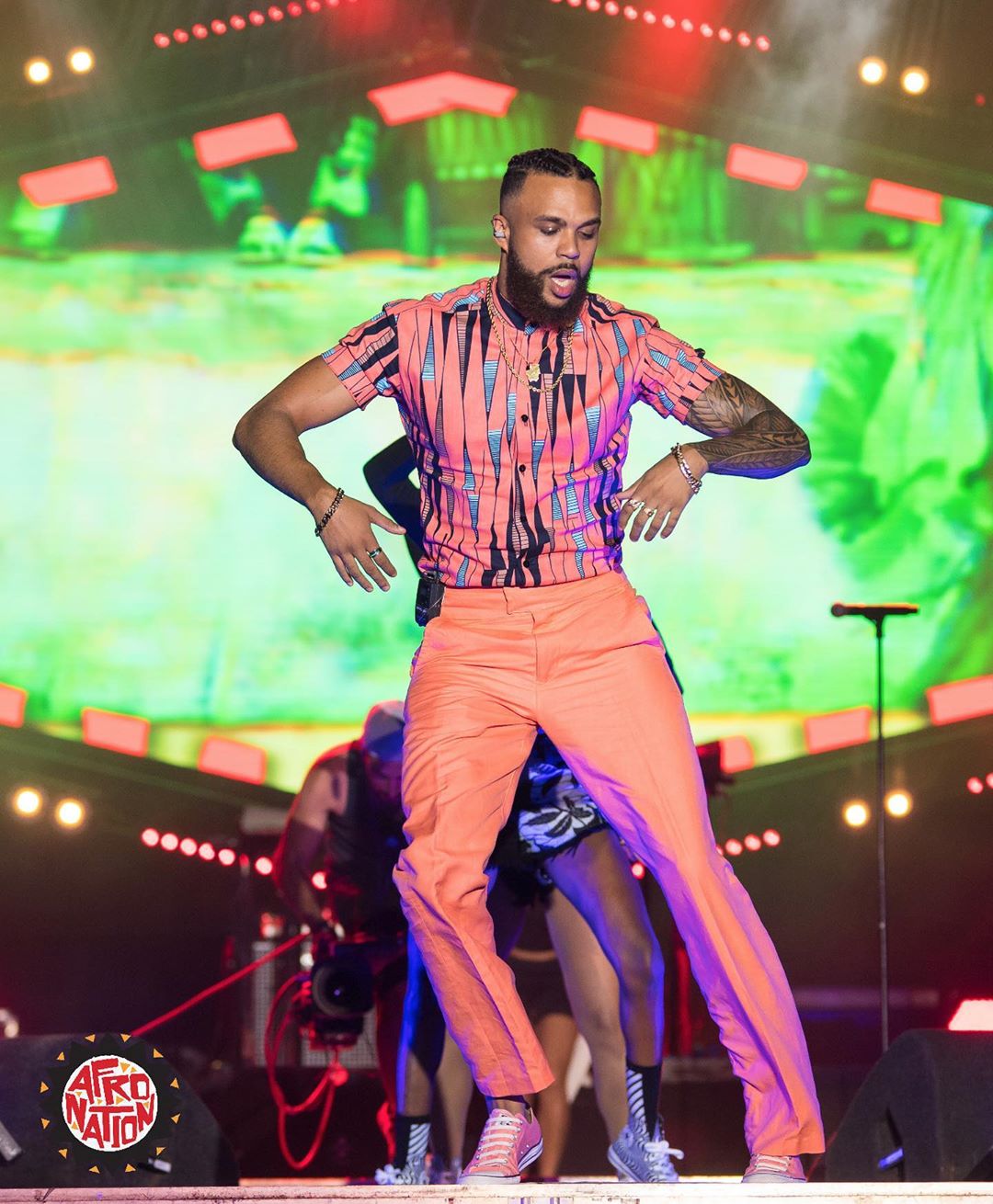 It’s like the whole Nigeria was inside bottle of coke this week, and somebody carried that bottle and started shaking it. Everything was just popping as if it’s fight. Anyway, let’s get right into it.

Seun Fakorede Vs. the Agbayas

While some were rejoicing that an actual youth (not a 55-year old youth) was put in charge of the Ministry of Youth and Sports in Oyo State (really, we’re very close to standing that state governor), some agbayas somewhere decided to gather and carry placard, angry that he was appointed.

Really, what we have to say about that is: What kind of kids have those people raised that they believe a 27-year-old isn’t old enough to lead a ministry. Says something about them as parents, doesn’t it?

Not only is Seun Fakorede a young person, he has distinguished himself as a professional and consultant through the years. Succeed he must! https://t.co/KDFFZuBLCS

Those saying the 27 year old Seun Fakorede commissioner nominee lacks experience to head a ministry are among the problems we have in Nigeria. What about those that have been ruling us since 1960? What's the state of the country with their experience? Seyi Makinde till 2027 ? pic.twitter.com/gZAO0ogUOq

Whose parents are these ones? They said they’re protesting the nomination of a 27years old Seun Fakorede by Governor Seyi Makinde as commissioner in Oyo State.

If anyone’s parent happened to be this unfortunate, the best is to tie him/her down. Were ree o pic.twitter.com/87zPcl7XLz

Seun Fakorede, you been appointed a Commissioner by Governor Seyi Makinde is to show and prove that the Youths have the capacity and wherewithal to rule, please represent us well and don't disappoint us, so other youths chances are not blocked.

Kindly check out Home Advantage Africa on goggle. He’s the founder. You can do well to check out his Instagram posts too. The Seun Fakorede is not one to disappoint – he is a shooting star, to watch.

Not like Seyi Makinde made the promise of appointing youths categorically, but here is he just doing what he thinks is right. Those that even promised it are where?

In Oyo state, Seyi Makinde has nominated 27-year old Seun Fakorede as Commissioner. He will be the Commissioner for Youth and Sports. The Speaker of Oyo House of Assembly is 33.

I hope they will deliver. We've seen youths in governance, who later failed. May they be the change.

Want to know why? Because not only Jamie and Nikki break up, but Jamie Foxx and Katie Holmes, too. (Actually, not really for the latter, because did we even know they were together?) Still, a tragedy.

Ok I know I shouldn't get so invested in internet couples lives but Jamie and Nikki's separation has hit me hard ? pic.twitter.com/mpodIUB9kt

I thought jamie and nikki separating was a rumor but nikki took wife out her bio and now it’s just “mum of 2” pic.twitter.com/LhQQRwu3h5

That’s it. We got the confirmation that Jamie and Nikki separated. Whew I need a moment pic.twitter.com/XxmtwAKUyd

I started watching Jamie and Nikki since their engagement video and now they've separated! I usually don't care when YouTube couples separate but for some reason this hit me hard yo. I have no words ? pic.twitter.com/Hwjg8NsD53

jamie and nikki broke up, love is a LIE pic.twitter.com/ug9gn7qFnG

Every media source: Jamie Foxx and Katie Holmes break up after 6 years of dating.

Everyone: they were what? pic.twitter.com/GijJupRyfJ

Sooo… am I the only one that didn’t know Katie Holmes and Jamie Foxx were together??… for 6 years?? pic.twitter.com/4kjaoWVLOY

Me hearing about Katie Holmes and Jamie Foxx split while simultaneously not knowing they were together to begin with pic.twitter.com/7N9yYgei9I

Katie Holmes and Jamie Foxx split up after 6 years……..wait hold on, they were together? pic.twitter.com/RmDw3VfUbk

Me knowing Jamie Foxx and Katie Holmes we're dating while the rest of the internet be baffled pic.twitter.com/fJCnJTQyoG

Again because didn’t we already talk about this last week? But, alas, this one is a match that they’ll be playing weekly. And it’ll always be a home game for Ambode.

Anyway, EFCC, once again, have raided the home of the former Lagos State governor. The one in Epe, this time. And fans of the home team weren’t very happy, allegedly attacking the EFCC.

Efcc officials trying to to get into Ambode's house pic.twitter.com/bEqmDRoovz

Dear @officialEFCC pls once you're done with Ambode, kindly let me know because a house in my estate has been under your investigation for the past 4years now and nobody has stepped into the house since then.
Pls let me know if I should go ahead and claim it
Yours sincerely.

When you've done so much for the people and the accuser of the brethren comes knocking at your door, even with their guns 'THE PEOPLE' will resist them and they shall flee.

A note of warning:
Don't joke with the people of Epe, they're ready to die for Ambode. pic.twitter.com/V89Ih1sYwL

EFCC agents allegedly came knocking on Ambode's door this morning, but trust the people of Epe, they stood their ground and they all ran away with shattered vehicle glasses and some head injury from stone thrown by 'THE PEOPLE'

The humiliation of Ambode must be complete.

A coward dies a thousand times before their death.

EFCC have now laid siege at his house now.

Ambode really pissed of these guys…
Now EFCC is after him…?

Equality of Religions in Osun State

Considering the number of public holidays the Abrahamic religions get in Nigeria, it’s not at all ridiculous that one of our indigenous religions is getting a public holiday.

A very progressive move. This should be the start of more fundamental discussions around the role and respect of indigenous knowledge systems in our society: Osun State declares public holiday for traditional worshippers https://t.co/Gj3pVWA6Tn

The Osun Government has declared Tuesday, August 20th as a public holiday to mark the 2019 Traditional Worshippers’ Day, also known as ‘’Isese Day.” Nice one,forex should also be made available for them to go on pilgrimage wherever they want to.

They have their right too.

Nice one. Our culture must be preserved.

Because with the way he’s been grinding everything lately ehn, all that remains is pepper.

Jidenna was ready to risk it all ??? pic.twitter.com/SpcAH8klFa

Why does Jidenna look like he’s in love w every woman he dances with?
Nigerians are deadass dangerous
pic.twitter.com/ibsOqtWcbD

One of my biggest dreams in life is to grind on Jidenna like this one day. Yazin I shall grind till my back gives out and my soul has left my body? https://t.co/sG53wAGLCK

Where can I sign up for Jidenna to grind on me

I just wanna know when it’s my turn to bump and grind with Jidenna. Honestly, truly. pic.twitter.com/scfHI9U13g

Do y’all know the shit I’d do just to get the chance to grind my ass on Jidenna? Just about anything short of murder.

The more that I see Jidenna grind on women, the finer he gets. I— pic.twitter.com/MR0gnTCMTQ

This jidenna grind tour tho.. Like that's definitely the way to promote music. Can't even hate. Rock them asses hard

We remember in secondary school when we would chop mouth trying to rap along to Twista because he was just too fast. But at a concert recently, his sign language interpreter hit every single word the rapper rapped, and she did it with style! Someone give her a medal!

She got the internet going nuts! Amber Galloway doing sign language and keeping up with Twista?! Yeah that’s incredible . pic.twitter.com/qlCjUqg4RG

Twista’s sign language interpreter does not get the credit she deserves. ?pic.twitter.com/ZbFS3XIN1n

If you can do sign language as fast as Twista can rap… I am impressed. pic.twitter.com/pYstptK127

Whatver you do, do it at Twista’s sign language interpreter’s level & you’ll be golden? https://t.co/fghelcU1CU

Idk if this is possible but this woman deserves a Grammy or something…..technically she is performing with twista doing sign language ?? this is amazing and she keeping up too! @TWISTAgmg pic.twitter.com/GljAjJOk4b

See ehn, this was definitely the worst thing about the week. Steady giving Nigeria and Nigerians a bad rep, cyber crime professionals, 77 of them, were indicted by the FBI in the USA.

Of course, the matter has brought up the issue about Nigerians being known for crime. But, as one everything, there’s a silver lining: those nicknames!

No, honestly, those nicknames are gold. “Tmrw Africa Will Wake Up.” “All Africa Media Network.” “Son of God.” “Thank you Jesus.” People are weird sha.

I’m watching right now on @ABC a press release by @FBILosAngeles on Nigerian internet scam syndicate. A heart shattering embarrassment to this country, those we call yahoo boys have scammed Americans to the tune of $1.1bn between Jan-July this year alone. This is a disaster! pic.twitter.com/RmIxH4coSs

The FBI arrests Invictus Obi and 80 Nigerians for internet fraud.

In less than 2 weeks Invictus Obi gets arrested for 11 million dollars fraud, Siasia gets banned for match fixing and now 80 Nigerians gets arrested for the biggest internet fraud in American history, what a time to be a Nigerian. pic.twitter.com/V7IJbGlAtx

Yahoo boys wondering what other hustle to tilt towards after the "Invictus obi/FBI scam/fraud" saga.?
Hustle legit o, make FBI no cast you like #80nigerians pic.twitter.com/Z4SugTVNU3

The Yoruba yahoo boys in ikotun are even more than this and will even do more if they have the opportunity. So abeg no tribe is a saint in this matter.
Say no to internet fraud irrespective of your tribe. #IgboYahooBoys

Yahoo boys be using "our forefathers were sold into slavery,this is payback" to justify fraud and are getting shipped away to serve jail time for fighting for their ancestors?

In all honesty, it is because of yahoo boys that many people can't find love today and unnecessary pressure has been placed on many young people to make it at a tender age.

No one cares the process anymore. If you don't have plenty money, you are seen as less important.
Shior!

Not if – like @FBI – @officialEFCC had done their investigation, drafted their charges, made their arrests and *then* gone public. That's how EFCC operated when first formed. It's now condemned for 'media trial' because it seems to have got things in the wrong order!

They know, their spouses know. They just pretend or hope this day wont come.

This week, we’ll leave you with our favourite viral video, because we want you to be happy. Enjoy:

Because Lagos na wa and you can gbe bodi anywhere you like ? #EkoForShow #EkoIle pic.twitter.com/KnMcOwhKst

Money Matters with Nimi: Who Are You Without That Fancy Title?

Olawunmi Adegoke: Giving Up is Never an Option