Rita Chidinma: My Baby was Just 6 Months Old When I Found Out I was Pregnant Again! 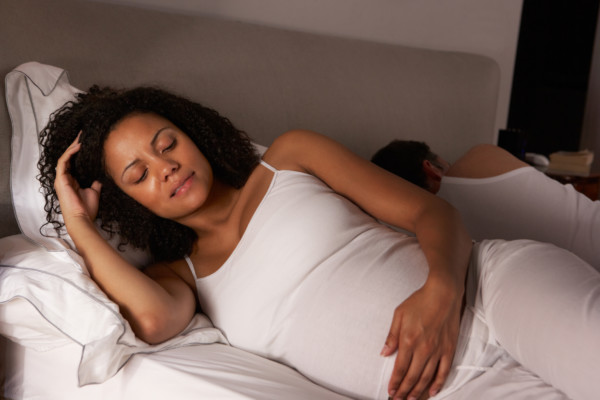 I was sitting at the hospital, cradling my six-month-old son, trying to process the information I had just received. How could I be more than three months pregnant, and have a six-month-old baby? How? I mean, I was exclusively breastfeeding. We had just introduced my son to water and puree foods. How?

I couldn’t believe it. I don’t know for how long I sat on that hospital bench before I decided I was strong enough to leave. The tests had to be wrong. Surely. Nigerian hospitals, probably my blood sample had been mistaken for someone else’s. There had to be a mistake somewhere.

I was really pregnant.

So we had two boys, exactly eleven months and three weeks apart. Crazy, right? During those nine months I completely shut myself off from everything and everyone, ghosted, like the millennials call it. I couldn’t believe I was in such a situation. Needless to say that it was one of the most difficult periods of my life. I couldn’t wait for it to be over. I believed things would get better once we had the baby. I was borderline depressed.

Labour eventually came, and I almost didn’t survive the day. I was in so much pain, probably because my body was tired and had very little or no time at all to recover from the first birth.

On that bed I kept wondering how I got into that situation, and if I could ever get out. But we survived. My second son came, finally, and I thought it was all over. I could move on with my life. I’d never have another child. All I had to do was return back to my normal self and raise them. Sigh. Little did I know.

We were completely unprepared for the reality of having two babies that were twins, yet not twins. We had to employ a series of helps and nannies that initially came to help, but took advantage of the situation and began to make all kinds of demands. We had to endure, because, I mean, we actually were helpless. The hubby worked full time, and so had to be away most of the time. But he helped as much as he could. I was a corp member then, and had been given maternity leave, so I was home full time. I can vaguely recall one of the nannies telling the hubby, “You know this your wife likes to keep her face somehow.”

At a point, we found ourselves completely alone with two babies, two of them so similar and yet so different. Most nights, with my sleep-clogged eyes, I couldn’t tell which particular baby was crying until I got to their cribs. Suffice it to say that it was a very trying time for me.

So I’m thinking that it’s either exclusive breastfeeding is not a reliable means of contraception, or I’m one of the very few it has failed for. Either way, it was a very difficult experience, one I never wish to relive again. Oh, and the boys are all grown up now, with the second one well over two years old, with a few weeks old baby sister.

I guess it all worked out in the end.

Related Topics:MotherhoodParentingPregnancyRita Chidinma
Up Next