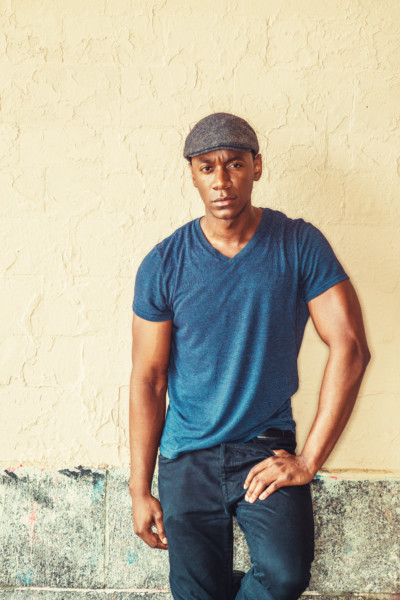 The other weekend, I was in a darkened room in the United States. Everywhere I turned, there was an American dancing, drinking, talking or stuffing their face with one of the bland, pepperless small-chops available. A number of people were taking breaks from their own routines to watch a dinosaur dance to Madonna’s “Get Into the Groove”.

Sundance, the biggest independent film festival in the US, had just ended and you could find filmmakers from around the world in this room.

But not so fast – you’d hardly find a filmmaker from Nigeria in what was probably the most coveted room in the global cinema in January. How come?

There is an easy answer:

Nollywood (or, if you prefer, Nigeria’s film industry) doesn’t care. It is focused on figuring out how to get the highest number of bums on seats at our cinemas.

Then there is a tricky answer:

Both of those answers are related. We can sum it up as ‘if it isn’t broken, why fix it?’ If we’re also speaking about the business of numbers, then maybe things should continue the way they are. (Although if you pay close attention to the numbers released by a major distributor last year, you would find that 2019’s highest-earning film falls far short of what the highest-earning film from 2016 was)

Let’s dwell on the second answer a bit. Every film festival has a buying and selling element built into it but major festivals are not playgrounds for heavily commercial fare. A look at some of the film-makers at Sundance tells the story: Steven Soderbergh, Jim Jamursch, Quentin Tarantino, Joel Coen and Ethan Coen (the Coen Brothers), and Kevin Smith. The average Nollywood audience might know only one of those names. The average Nollywood filmmaker might be unable to name more than one movie from each of those directors.

As they say, you can’t give what you don’t have. While it is fine to give the local audience exactly what it wants, it is no crime to desire a bit of ambition from one of the world’s most productive film industries.

As it stands, there are a few filmmakers with that ambition. But the financial realities of marketing make it incredibly tricky for them to be seen. The result is they don’t have access to our local cinemas and are, thus, unable to get accepted into the global festival space. It’s a hellish limbo. Unfortunately, there is no escaping the need for a budget.

In any case, there is no substitute for producing great work. It can be an exploration of intimacy – as Soderbergh’s “Sex, Lies, and Videotape” was. It might show us a day in the life of a store-keeper – as in Smith’s “Clerks”. It can be a look at the aftermath of a robbery – as in Tarantino’s “Reservoir Dogs”. It might be a twisted story of violence after violence – as in “Blood Simple” by the Coen Brothers. These films all showed at Sundance. Each of them would work in any culture.

Watching some of Nollywood’s popular comedies from the past few years, I had a thought that a decent number of them could work: the “Wedding Party” film as a portrayal of the ethnic tensions that remain in Nigeria today; the “Bling Lagosians” as a straight-faced look at the supposed familial dysfunction engineered by extreme wealth; AY’s films could seriously explore class differences in Nigeria.

This is not intended as a criticism of Nollywood, but after watching Bong Joon-Ho – a director well respected in Korea – sweep the American award season with “Parasite”, I think that Nollywood isn’t quite doing a great job of telling Nigerian stories. I am convinced that the story told by “Parasite” could be retold in Nigeria without alteration. Even a film like “Joker” could also be told in Nigeria with small adjustments. Consider the fact that Parasite won big at the 2020 Academy Awards.

These films were made with quite a lot of money by naira-to-dollar conversion standards, but by Hollywood comic book adaptation standards, “Joker” isn’t expensive. Films like the aforementioned “Clerks” are incredibly inexpensive compared to the average filmmaking budget in the US. It is no stretch to say the issue here is imagination, sensibility and knowing that there is a possibility.

But, for different reasons, films like Kemi Adetiba’s “King of Boys” and Ema Edosio’s “Kasala!” give me hope. Adetiba’s success in our cinemas suggests that a film of unusual ambition could find a Nigerian audience. Edosio’s success on the smaller festivals circuit and its appearance on Netflix suggests that a quintessentially Nigerian tale can find its way around the world. (Frustrating problem: Both filmmakers, and many others, do not have a media strategy for communicating what they stand for. Nobody knows the philosophy behind their work.)

At a forum for African filmmakers at Sundance, I confirmed a thing I had always suspected: Not too many African filmmakers know that they can submit a film for consideration at Sundance. This is understandable. Until 1991, Sundance was known as the US Film Festival. It is a very American festival.

Nonetheless, let me say this: if there are any Nollywood filmmakers with some measure of global ambition reading this, there are 3 things to note:

While the awards were being called out – just before the party at Sundance, the Lesotho filmmaker, Lemohang Jeremiah Mosese, was named winner of the World Cinema Dramatic Special Jury Award for Visionary Filmmaking. I applauded his victory.

I’m hoping that it wouldn’t be long before I get the chance to applaud a Nollywood filmmaker at such a stage. Afterward, we can watch dinosaurs dance and talk about how cold Park City is in winter.