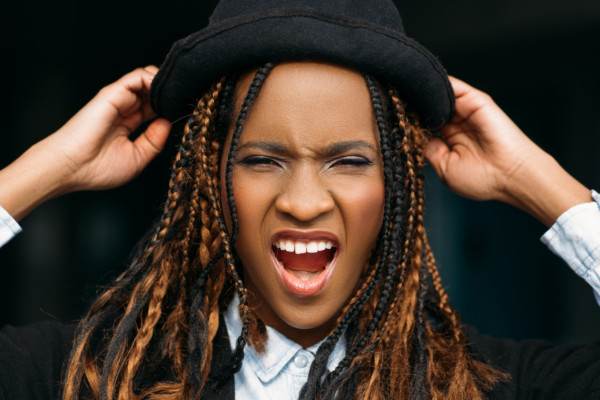 You sat in awe, your eyes blinking rapidly sometimes and then staring unblinkingly at the now off-white ceiling other times. Dami’s voice is a distant gunshot – sounding at the far end of your brain, but still vulgar enough to make that round little raw hole where the bullets get stuck and refuse to leave.

She talks about her beautifully ugly sexcapades, her days as a super runs babe, money swimming unashamedly in her purse and flipping through the sloppiness of her palms. She says she gives them different styles. She says she throws her head back as able hands cup her heaving breasts. She says she feels the tasty thrusts in her throat and she pukes melodious groans.

She rubs her enlarged abdomen over and over again, pangs of regret swiping through her face as her baby kicks. She says if she had known, she wouldn’t be that wild bird who flew into the clouds, oblivious of the heavy rain it would belch. She wouldn’t be that chicken who flew carelessly until it landed in a huge drum of water – the wetness shrinking its feathers, smaller and smaller until it became featherless and naked.

You watched the parting of her lips while wishing you could be her – or the reverse; the man pounding the clitoris until it became light like freshly made amala. The only time you ever pounded a woman was when you were 25. You had never done it before and your mind played tricks on you. She was experienced and she stared on as you thrust into her like an amateur. After a while, you got off her, drowned your head in your palms as shame set your whole body in flames.

She understood. She never came back.

You are 28 now with a bow tie around your neck and huge piles of files on your table. You have money, a super brilliant mind, dead social life, and you stutter when you meet new people. Who e epp?

It’s time to paint the city red and colour the skies green. We will make our gullets swim in liquor and spread flames round our lungs. We will damn all consequences and strip Nkechi off her little clothing, our balls rattling left and right as we ravage our bodies and exchange souls. We will rip the clothing of goodness and strip our minds off soberness. We will embrace the wildness that comes with youth and the insanity that haunts young ones.

On Sunday, he spoke to you.

His dancing brown eyes boring deeply into yours. He speaks to everybody, but not you. Maybe he thinks you’re queer. Maybe he sees you as odd – that girl who is selfish with her company. Maybe it is because you stare at him too much and he catches you several times as you hurriedly tear your wandering eyes off his body. Or maybe it is because you never talk to him until it is totally necessary.

But today he talks to you. He cracks his jokes. He is totally comfortable with you but you stare at him unable to utter a word – your lips quivering and your eyes drinking his in.

You never like anyone and your incessant stare is one of admiration. That at 19, he is a wild boy – one who knows the world and all the evil and good in it. He is free and brilliant and exposed and never choked on words. At 19, you were a stupid brilliant girl saddled with fear and too occupied with what your future would look like. You were good, the one who stayed in her room and read her books and never knew of the latest parties or that there was something called champagne.

At 24, you eat with spoons because you don’t know how to use a fork and a knife and you never go out because you become paralyzed when you see too many people and you look dumb because you gag on words and can never express yourself. He is 19 and buoyant and free and wild and very intelligent.

Honey, maybe we should go crazy.

We sneak out of bed and slip through the gates. Sniff a little C and kiss beneath the moon. We get drunk on Vodka and eat a little grass. Then we dance, our hand slipping into our pants in search of the perineum. Maybe when the lights turn blue, we can all go dirty, the air in the room clogged with the stench of whiskey. Our belly piercing biting into our flesh as we set our bodies on fire. Then we read in time to make those papers and make our papas proud.

Maybe we shouldn’t think like the adults – aren’t we youths? We could be stupid – there’s plenty of time for wisdom. When we grow, we can tell our kids there’s nothing there and it is all vanity. But we wouldn’t know if we never try it. Would we?

Honey, we’re gonna taste the sweet and bitterness of both worlds. We’re gonna be bare and filthy and clothed and clean and then stupid and wise.

If we could have the balls and clits to.

Biodun Da-Silva: 5 Ways to Bounce Back After a Setback

John Ogba-Ifeakanwa: The Pressure of Being a Man in Nigeria