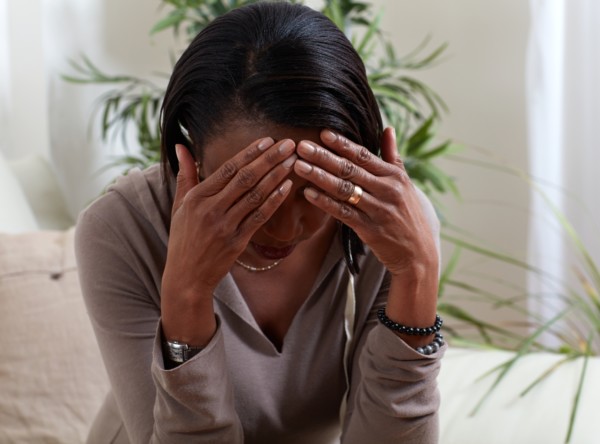 One of my good friends called me sometime last year amidst tears and asked me to pray for her younger brother. She had just been told that he was involved in a car accident. I tried to comfort her as best as I could, and I assured her that I would pray for him. After the call ended, I started to pray in tongues for him and suddenly, I started getting scared. I used to feel physical pain in my stomach a lot whenever I was afraid or anxious, but that had stopped in over a year… until that day. Somehow, I just knew her brother had passed on. She called me a few hours later to confirm that he had indeed passed on.

Distraught doesn’t adequately capture how she sounded over the phone. She hadn’t fully come to terms with the fact; just as is the case when most people receive bad news. She just kept repeating over and over again how she didn’t understand what her brother was doing in a mortuary after an accident. She expected he’d be taken to the hospital and not a mortuary. My friend couldn’t come to terms with the death of her only brother who was 33-years old. In between reminiscing about his life and expressing her unbelief of the whole situation, she explained to me what had happened.

Her brother lived in the USA and was studying for his PhD in a different state from where his young wife and daughter lived. Because of the close bond he shared with his family, he drove at least 7 hours often to spend time with them. He was driving on the highway – which is usually a narrow road with only 2 lanes and vehicles going in the North and South direction. He was in his own lane while a guy, who was driving a dodger and trying to overtake other vehicles, moved to his lane and collided with him in a ghastly accident that claimed his life. The errant driver survived.

I spent the next few days with my friend and she showed me the picture of the accident; it was unreal. The damage to her brother’s car was devastating and looked highly horrifying – like you see in action-movies.

My friend’s brother was full of life and an all-rounder. He was extremely good-looking and brilliant (finished with a 1st class in Chemical Engineering from UNILAG, graduated summa cum laude from his MSc program and just rounding up his PhD program prior to his death). He was devoted to his nuclear and extended family and friends, and very down-to-earth. Everyone who knew him, even those who only knew him briefly, had nothing but good things to say about him. And even in his death, his good deeds lived on. His death left a huge void in the lives of all his loved ones, especially his wife and child who was very attached to him.

The life of the driver who caused his death and those of his family, as well as the lives of the family and friends the deceased left behind, have been changed forever simply because he was driving in the wrong lane and trying to overtake other vehicles. If he had known that the consequences of his action would result in my friend’s brother’s death, he would never have driven in the wrong lane or tried to overtake other vehicles.

Often times, that’s what happens when we do the wrong things.

We cannot always accurately predict the consequences of our wrong actions while we take them. Often times, it’s only after we’ve done them that we are able to see the effect and the negative impact made.

A lot of the seemingly inconsequential wrong things we do on a daily basis have lasting negative impacts that we may never even know on this side of the earth. Not all wrong deeds have obvious and visible aftermath like someone’s death. If David in the bible knew beforehand that the consequences of sleeping with Batsheba would lead to the death of his kids, his son sleeping with his wives, his son trying to kill him and other abominations, he most likely wouldn’t have slept with her. We can’t see into the future and foretell the impact of the wrong things we do today so it’s better we just try to do the right thing.

Some years ago in church, pastor Sam defined corruption as illegal behavior. In Nigeria, most of us accuse our leaders and politicians of being corrupt but whenever we engage in illegal behaviors, no matter how little and unimportant they seem, we too are corrupt. For those of us who are believers, we can’t keep saying “I’ll ask God for forgiveness” or “God would understand” right before doing what we know to be wrong. I know it’s difficult to do the right thing, especially when you live in Nigeria but I hope we all remember how something as little as driving in the wrong lane led to a young man’s death, left his wife a widow, his daughter fatherless, and left a huge void that cannot be filled in the lives of his family and friends.

It’s important for us to be more aware of our actions and the consequences they may have, and then choose to do the right thing all the time.

BN Book Excerpt: The Formula For Wealth by Femi Pedro

Adedoyin Adebayo: The Nigerian Woman Who Works in the Tech Industry