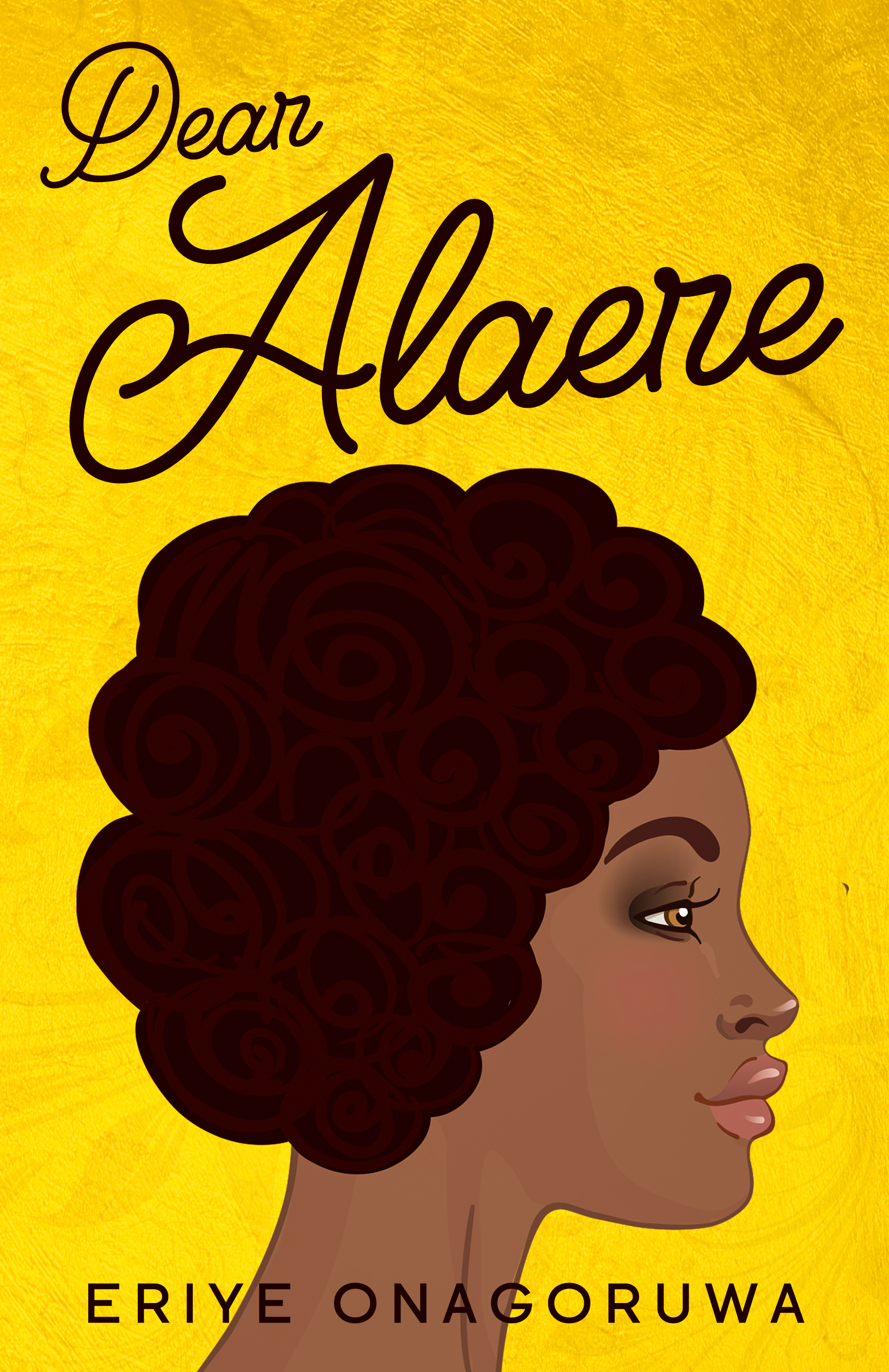 Dear Alaere by Eriye Onagoruwa mirrors the experiences of the average Nigerian living in Lagos – the country’s commercial nerve center. It espouses their reality as they navigate various webs, trying to eke a living. Lagos is the home of paradoxes, where opposites exist neck-on-neck. Stressful yet oddly satisfyingly, entertaining yet bearing boredom in its wings – especially if you lack the resources, affluent, yet lying in bed with stark poverty.

For anyone who has never been to Lagos, Alaere’s descriptions will give more than a glimpse into Lagos living. Through her eyes, you would see the unending traffic, the road rage, the growing menace of corporate begging and so much more. In fact, Alaere’s favourite sitcom, ‘Fuji House of Commotion’ parallels living in Lagos.

Despite delays in bearing children, her husband, Laja, sticks to her even when his mum tries to marry a 15-year-old ‘fresh virgin’ on his behalf. Besides the issues of unwarranted interferences in marriages, this reflects the reality that the issue of child marriage remains prevalent in Nigeria, especially by parents who see the girl child as a little below the slave cadre and one who should not be educated as she’ll end up marrying anyway.

The atmosphere that heralded Alaere’s birth and the attitude of her driver, Alhaji Wasiu, is a testimony to this and show that even educated people are guilty of this heir craze.

In Dear Alaere, you would also find that low-income earners keep having children they can’t cater for, which makes Alaere conclude that poverty and procreation are twins in Lagos. But I dare say it’s not a Lagos issue, the only entertainment a poor man can afford most times is sex without birth control measures.

The author, Eriye Onagoruwa, touched other topical areas like domestic violence, entitlement mentality, and double standards by the ‘holier than thou’ movement. Idawara, who is always reading his Bible at work, sends a picture of his private part ‘mistakenly’ to Alaere. Nepotism and workplace politics (as it was at Neuterone, so it is at Criole, a multinational) are also central issues.

As if Eriye Onagoruwa was a prophet seeing well ahead of the time, her work, Dear Alaere also deals with issues of sexual abuse, especially by religious leaders – a matter of much concern currently. Dear Alaere touches on the overbearing presence of patriarchy even in so-called professional environments, without failing to reflect the sad fact that Nigeria has a battered image on the international scene – as evident in the class of expatriates Criole sends to its branch in Nigeria.

Dear Alaere is one book I love very much. It is pacy and would easily get any reader turning the pages. However, as I savoured each page slowly, I found the end quite abrupt. But for a first-time author, it is a great work of fiction. It was so impressive that it was with sadness I told Alaere goodbye on the last page.

Wuraola Ademola-Shanu: Are You A Small Business Owner? You Might Need These Consultants

Seyon is a passionate Educationist driven by the desire to impact every child of Basic education age she comes across. Writing is a means of getting out some of her thoughts. She is @seyonhun on Instagram and runs @seyon_oils. Email; [email protected]