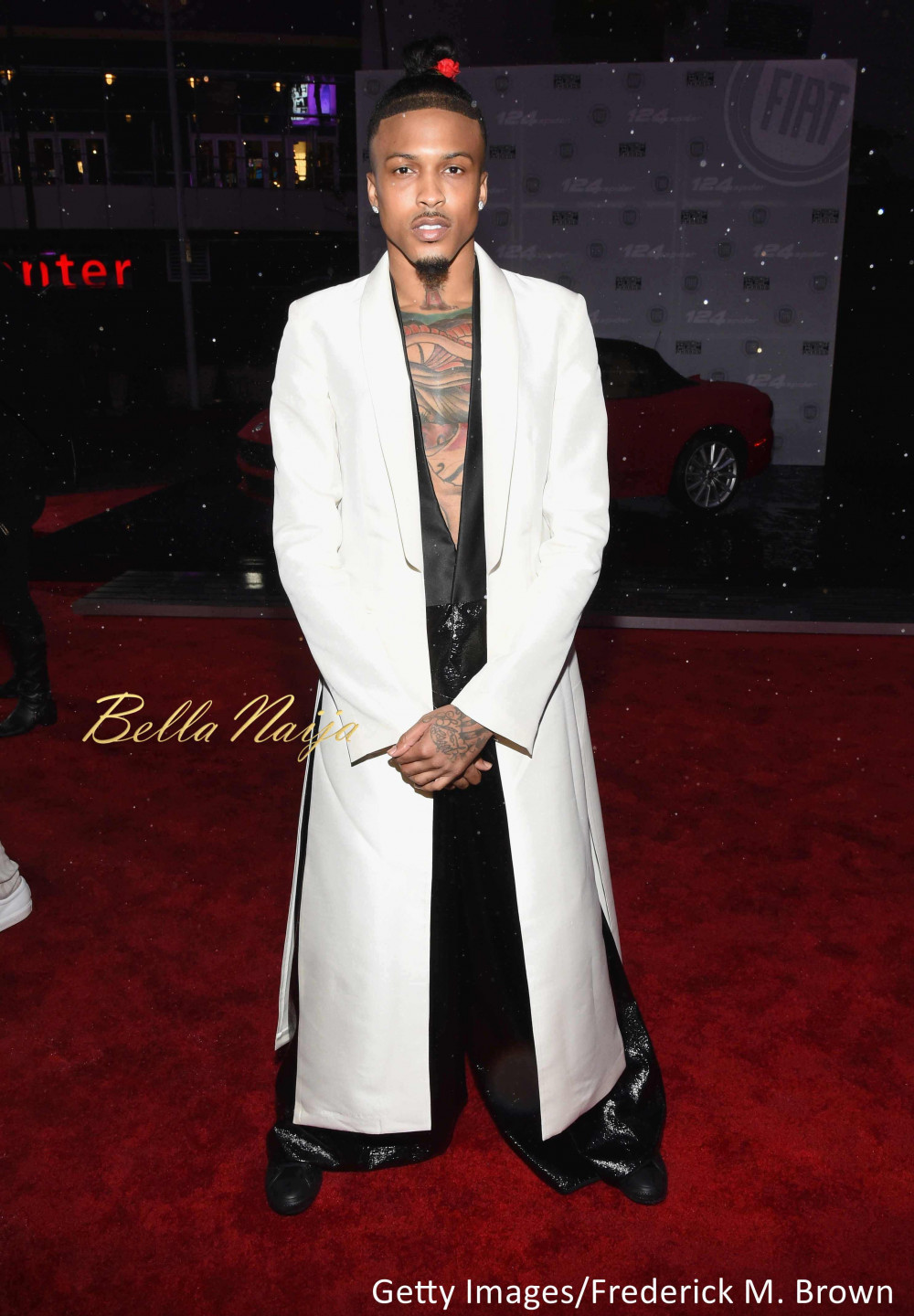 Just like the hand sanitiser that turned from a ‘good-to-have’ in 2019 to the real MVP a few months into 2020, the word ‘entanglement’ went from relative obscurity to becoming a very common word in just 12-minutes!

August Alsina, African American rapper and gossip-site staple, revealed, in an interview with Angela Yee of The Breakfast Club, that he and African American actress, Jada Pinkett-Smith, had been involved in a passionate relationship while she was still married to actor, Will Smith.

To stir the pot even further, he alleged that Jada’s husband was fully aware and gave his ‘blessing’. Jaws dropped, virtual gasps could be heard across the internet. Rumours swirled and the speculation continued in full gear, they had an open relationship? They were swingers?! Was the Smith’s marriage really done?

August, who released his album a few days before the interview – after a five-year hiatus, gave a month’s worth of news and spins to ravenous social media sites that had been searching for non-COVID-related stories. His interview raised too many questions, and it spread like wildfire. #TeamAlsina pitched their tent against #TeamJada: “she took advantage of a young vulnerable man who was battling an addiction”, some cried. Others screamed that August was friends with Jada’s son, how could he do that?!

After Jada’s representatives allegedly reached out, denied the claims and described them as absolutely untrue, Jada tweeted that she would appear on her Emmy-winning Facebook Watch series – Red Table Talk, “there’s some healing that needs to happen, so I’m bringing myself to The Red Table.”

The world waited and waited. Had the Red Table broken? What was taking them so long? This is to show how invested people are in the relationships of others. Finally, the video dropped on their page and the world clung to each word and mannerism of Jada and Will.

The memes that were birthed from that video! However, in all the funny quips about the sort of entanglements we want to be involved in and whether every marriage should have an entanglement or two to spice things up, it is easy to forget how this could have been a PR nightmare and how the Smith family owned the narrative.

There are also lessons on how not to handle your reputation:

Whether in business, life, or marriage, things will not always go as planned. As reputation managers, no matter how many plans we make and eventualities we prepare for, some things will still find ways to slip through the cracks. Like the Boys Scout code, always be prepared, and find the best way to solve the issue without it crashing into a crisis.

There is no better situation for a reputation expert or a seemingly unfaithful wife than owning and controlling the narrative on your own turf. And who says the owner of the narrative has to be directly linked to you? There are smart ways around this, as long as you are the one at the Red Table sharing your story exactly how you want it to be told.

Be careful of the Alsinas

August just released a track titled ‘Entanglements’, featuring Rick Ross, and it leaves barely anything to be desired. He has been tagged the ‘King of Petty’, and Billboard magazine calls it a “searing rebuttal”.

Life and the business world are filled with Alsinas. Some are necessary evils that may be required to reach the next step, some can be avoided like the plague that they are. The shalaye at the end of it all is not worth the headache. As usual, be wary of them all.

When you finally want to tell your story, communication is key. The right medium, timing, format are all factors to consider. And in whatever language you choose, there should be no chance for a double entendre. The simpler and more straightforward, the easier for you in the long run. See, if Jada had just called it a relationship from the get-go, the memes may not have ‘hit’ so hard, Alsina might not have a petty track and this whole issue may have died down within two weeks.

The power of the Non-Disclosure Agreement

This might be more legal than reputation management, but don’t underestimate the power of a non-disclosure agreement for sensitive personal issues.

So, are you in an entanglement with any Alsina, what are you doing to untangle yourself?

Beyond The Three: ‘Avugna Vugna’- Jerry Spotlights the Strength of the Mafa People in Borno & Adamawa States

Iretomiwa is a communications expert who loves to write, create jaw-dropping ideas, and solve problems. She is a public relations consultant at Black House Media, and a lawyer. She has worked in radio, TV and print media in Nigeria. You can follow her stories on her blog as well https://medium.com/@Iretomiwa_AJ